Is mankind still evolving? Does natural selection operating on heritable genetic variation really have the power to generate improved organisms? New research documenting an increase in the rate of autism suggests that the answer is no.

To appreciate the connection between an increase in autism cases and human evolution, it is helpful to consider plant geneticist John Sanford’s concept of genetic entropy.

In his book Genetic Entropy and the Mystery of the Genome, Sanford challenges what he calls the “primary axiom” of evolution, which is that humanity is the product of natural selection working on random mutation.1 He examines foundational mathematical models used in population genetics and demonstrates that they are inconsistent with what we observe in nature. In other words, the models don’t function the way needed for natural selection to drive evolutionary change.

When confronted with this discrepancy, scientists add what Sanford calls “fudge factors” to the formulas to get them to work. More importantly, Sanford shows how the human genome is actually on a downhill course. There is no doubt that random mutations are real and frequent, but there is no way for “good” random mutations (which are extremely rare) to overtake the “bad” mutations (which are common). Thus, genetic entropy results in the build-up of deleterious mutations, such as those associated with increasing occurrences of autism.

More accurately known as autism spectrum disorder (ASD), autism is difficult to describe, difficult to treat, and difficult to understand. This neurodevelopmental disorder affects the brain’s development; symptoms appear in infancy or early childhood. Occurrences can range from mild ones that may escape notice to severe cases with multiple deficits; however, common features do distinguish ASD, abnormal social interactions and problematic communication being two of the most common. Education, training, and treatment can all help improve the lives of ASD patients. Many children with ASD can lead normal lives, and some are high functioning.

ASD appears more frequently in males and has a strong genetic component. Recent studies in the field of autism shed light on the disorder’s genetic nature. One study found that autism can impact over 100 genes—and this number is likely to increase.2Another study pointed out the importance of new mutations in some ASD cases.3

In March 2014, the Centers for Disease Control and Prevention (CDC) updated their online report on ASD to indicate that the identified prevalence of ASD is increasing.4 In 2002, ASD occurred at a rate of one new case in 150 people; in 2010, the rate had increased to one case in 68. In just eight years, the percentage of ASD patients in the population rose from 0.67 percent to 1.47 percent. It is possible that these numbers—which represent the identified prevalence—are just indicative of better detection methods. Let’s hope so! If the numbers represent an increase in the true frequency of the disease, then the bottom line is chilling. Interpolation using a conservative estimate indicates that, by 2050, over 5 percent of the population will be affected.

Both studies and the CDC report seem to support Sanford’s prediction that new mutations will increase in the population. Though Sanford’s model predicts an increase in the frequency of deleterious mutations in all life-form populations, humans experience a higher-than-expected frequency. (Our practice of medicine, which keeps sick people alive, enables the ongoing existence of mutations.5)

In my opinion, the numbers for autism seem to be increasing too rapidly to be the result of better detection alone. The detection methods for ASD diagnosis have not changed dramatically over the last 10 years. Taken together, the data from genetics research and the prevalence of ASD indicate that Sanford’s model could be accurate. Time will tell in this case—if this model is true, then the frequency of ASD will continue to increase. And ASD is just a single representative disorder. Almost all diseases have a genetic component to them.

The general acceptance of evolutionary theory as the driving force of life’s origin and history has many believing that random mutations are a good thing. However, as the increase in ASD implies, random mutations may be harmful. Where does this leave evolution as the agent of beneficial natural selection? The data indicate that Sanford is right in at least one of his ideas: the primary axiom of evolution is insufficient to account for speciation in the face of mutations’ tendency toward deleterious results. 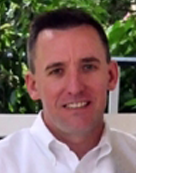 Dr. James C. Patterson II received his MD and PhD degrees from the University of Texas Medical Branch in 1996, and currently serves as service chief of mental health for Overton Brooks VA Medical Center in Shreveport, Louisiana. He is also a member of the RTB Shreveport, LA Chapter.

Leaning in with Hope

The work we do at RTB has at its core the desire to help you and others see the heart of God, his love,...
Design