My husband, Mike, is devoted to order. He even has a standard way of tucking his shoelaces into his shoes after removing them. I discovered that such traits can be inherited when Mike’s mom showed me a drawer belonging to his dad. It was impeccably organized.

In order to understand how DNA methylation relates to cancer, we need to understand how it functions in healthy cells. A human embryo (or an embryo of any complex organism) starts out as a single cell containing that individual’s entire DNA. As the cells divide, each new cell contains the same set of DNA. Eventually, the cells will need to specialize in order to form all the tissues and organs that make up our bodies. How can cells differentiate from one another if they all have the same set of genes?

Cells accomplish differentiation by regulating which genes are expressed. (Different cell types express different genes, see figure 1.) In healthy cells, methylation marks regions of the genome that should not be transcribed because they are not designed to be expressed in that particular cell type. Methylation of a nucleotide doesn’t actually change the underlying DNA sequence, but does affect whether or not the sequence is transcribed (a kind of change known as “epigenetic”). 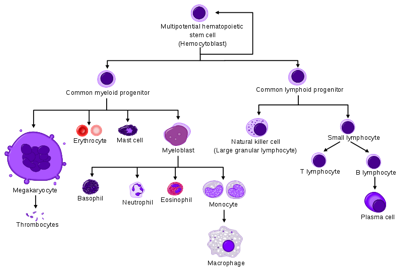 The research study mentioned previously found that a differentiated cell type’s normal methylation patterns were abolished completely when the cell became cancerous. Areas of the genome normally unmethylated became randomly methylated and vice versa. Thus, transcripts from inappropriate sequences were produced, but those necessary for normal operation were not. If a region of the genome that is not meant to be expressed is transcribed, the transcript can harm the cell in a variety of ways. The transcript may have a function in its RNA form or the transcript may be translated to generate a protein that should not be present in the cell. For example, if the protein is a transcription factor, it may increase or decrease transcription inappropriately. Meanwhile, all the necessary transcripts may not be made due to the abnormal methylation patterns.

Initially, the scientists set out to study colon cancer, but they broadened their focus to include lung, breast, thyroid, and kidney cancer cells. There they found “hypomethylation of discrete blocks encompassing half the genome, with extreme gene expression variability.”2 To put it another way, they found the same chaotic methylation patterns.

The hypomethylation—defined as “a decrease in the epigenetic methylation of cytosine and adenosine residues in DNA”—extended into genome regions that regulate mitosis and the removal of nucleosomes from the DNA. Hypomethylation of the mitosis genes would lead to unregulated cell division and, thus, to an increase in the number of cancerous cells. Plus, because nucleosomes generally decrease transcription, their removal increased transcription that was incorrect for the cell type and further increased inappropriate proteins and functional RNAs.

For some time scientists have recognized that aberrant methylation occurs in cancer cells; nonetheless they have believed dysfunctional methylation to be repeatable or ordered. Tests to detect cancer based on this assumption could give the false impression that cancer is not present when it is. The authors of the study recommend that cancer screening tests should instead seek out cells with wildly aberrant transcription. They also recommend that cancer therapies should seek to reverse this malfunctioning methylation pattern, thus “healing” the cancer cells.

We recognize the order in the universe, such as proper methylation, as being characteristic of God’s creation:

This is what the LORD says, he who appoints the sun to shine by day, who decrees the moon and stars to shine by night, who stirs up the sea so that its waves roar—the LORD Almighty is his name
(Jeremiah 31:35, NIV)

And we look forward to the time when He will end this disorder and His perfect order will reign in the new creation.

It’s no secret that we are highly dependent on electronic devices. We use them for managing schedules, communicating, staying “connected,” and storing, managing, and...
Biochemistry

Self-Assembly of Protein Machines: Evidence for Evolution or Creation?

I finally upgraded my iPhone a few weeks ago from a 5s to an 8 Plus. I had little choice. The battery on my...
Biochemistry

Who’s the father of computer science? Although not a household name, Alan Turing (1912–1954) and his work have impacted nearly every facet of human...
Biochemistry