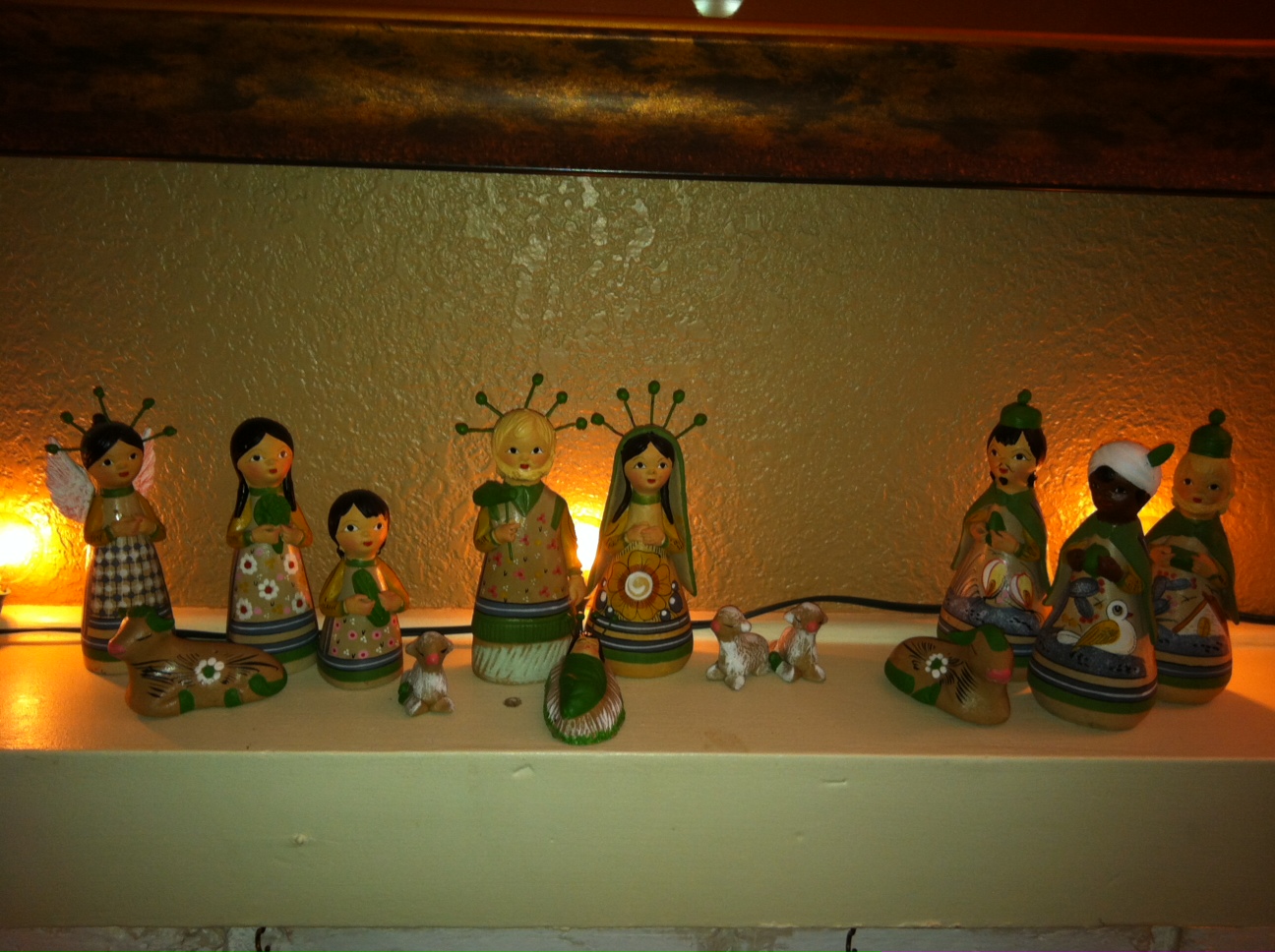 Christmastime is here! For many of us, the holiday brings happiness and cheer and longstanding traditions. One that my family and neighbors participated in when I was a kid was Las Posadas (the inn). Basically a procession of “pilgrims” (neighborhood families) goes house to house asking for lodging. The residents refuse (as planned) and the journey continues until the “innkeeper” takes them in. This festivity serves as a reenactment of Mary and Joseph’s journey to Bethlehem. Plus it comes with plenty of singing, tamale eating, and piñata breaking!

Of course, we all know Mary and Joseph didn’t eat tamales or break piñatas, but it turns out there are other elements in this “reenactment” of the nativity (and in many Christmas carols, for that matter) that may not have been part of the real Christmas narrative.

Theology Mom Krista Bontrager helps explain a few of these common myths about Christmas and how to “detox ourselves” from embellishing on a perfectly good story.

Probably not. Nowhere in the Bible does it state that Joseph went from home to home looking for a place to stay. That story stems from many translations’ use of the word “inn” in Luke 2:7. From that, we extrapolate a whole slew of events—the innkeeper, innkeeper’s wife, a No Vacancy sign flashing. The problem is that the word used in Luke 2 (kataluma) is not the word for inn—that’s a bad English translation. The word is better translated as “upper room” or “guest room.” In fact, the 2011 translation of NIV makes that correction. Luke 22:11 also uses kataluma to describe the guest room where the last supper took place. In contrast, pandocheion (correctly translated as “inn”) appears in the parable of the Good Samaritan.

Where was Jesus born, then, if not in a stable?

It’s much more likely He was born in a home. Mary and Joseph were going to their ancestral home, which means they had extended family there. It’s almost inconceivable that their family would not have taken them in considering the cultural practices of that time.

So if Jesus was born in a home, why does the Bible say He was placed in a manger?

That’s an important detail because it tells us what part of the house they were in. In those days, homes had an upper level where the family would sleep and a lower level where animals were kept at night for the animals’ protection and to provide heat. It seems that Jesus was born in that lower level where the animals were kept. And he was placed in a manger (feed trough) because they make for a great little cradle. In fact it reminds me of the makeshift bed my husband and I once made for our daughter when we stayed overnight at a hotel.

What about some of the characters often suggested as being present at Christ’s birth?

The shepherds were present, but the three wise men were not. Matthew’s account apparently takes place during a different time frame than Luke’s. One clue is that the Greek word Matthew used to describe Jesus is a paidion, which can mean anything from an infant to a toddler. This range of definitions would be consistent with King Herod killing all the Jewish  boys ages two and under (Matthew 2). This would mean that Jesus was probably two or younger when He was visited by the wise men.

Okay, so we’ve eliminated the stable and the wise men from the Nativity. What about the date? Was Jesus born on December 25?

Maybe. The standard story is that December 25 was adopted after Constantine’s conversion to Christianity because it was on a pagan holiday and the winter solstice. Christians then co-opted the holiday and Christianized it. What’s interesting is that the early church put almost no emphasis on celebrating the birth of Christ. They were much more concerned with the resurrection. It’s not until AD 200 where possible dates are mentioned for the celebrating of Christ’s birth. By about AD 300 there were two dates: December 25 (for the west) and January 6 (for the east). There does seem to be a tradition of December 25 long before Constantine’s conversion, so that’s why I say maybe. This article from the Biblical Archaeology Review gives a good summary of “How December 25 Became Christmas.”

So what would you like to say to those who might (facetiously) say this information ruins Christmas for them, or at least shakes up some sentimental traditions?

I think the shepherds are a definite key to Luke’s story. Shepherds were at the bottom of the social ladder, down there with the eunuchs in how they were perceived by their fellow Jews. Having handled animal feces and carcasses, they were dirty and considered ceremonially unclean. In order to worship in the temple, they would have to go through multiple days of cleaning rituals. Yet the Angel tells the shepherds to run to Bethlehem and see the Savior. The Angel doesn’t say “oh, and on your way you might want to get cleaned up first.” No, the shepherds go right there and see God Incarnate. Then they spread the word that Jesus had been born. God chose people at the bottom of the social ladder to be the first evangelists. That, to me, is Luke’s point. It’s the shepherds’ ability to run to the Savior without any ritual or cleaning. This is a Savior for them—these dirty people. It’s the same for the wise men. They were Gentiles, but Christ is a Savior for them, too. They go to Bethlehem and bow down to worship God Incarnate. It’s the very beginnings of the revolution that Jesus will bring. HE is now the temple, the sacrifice, the Great High Priest, the replacement for all of the things the Old Testament foreshadowed.

This definitely puts the nativity story into its proper cultural and biblical context, Krista! Its significance isn’t in the stable or in the kindness of the innkeepers or in the timing of the wise men’s visit. The true meaning of Christmas is that God came in the flesh as Jesus Christ to be a Savior for all people and accessible to all people.

Want to hear more from Krista? Check out her Take Two guest post on “Reconsidering the James Ossuary.” And don’t forget to check out her website, Theology Mom, and blog, Old Earth Creationism. She plans to post Christmas-related videos soon! Here’s her post on “Why We Shouldn’t Get Our Theology from the Nativity.”

Continuing our discussion from last week, in the next few verses (2:6-8) of Paul’s first letter to the Corinthians, we find him giving a...
Theology

Last week I made the claim that Paul’s goal (in 1 Corinthians 2:1-4) was not just to convince people’s minds but to get into...
Theology

Over the course of more than 30 years of work in the field of Christian apologetics, there have been a number of times that...
Theology