In May 2011, Foxnews.com’s SciTech section featured the Hasselblad H4D-200MS, a 200-megapixel camera designed for use in high-end commercial photography studios “‘where there is no room for compromise in image quality.’” The price tag?—$45,000.

Most of us are satisfied with the camera selection at our local Best Buy, but consider this: your own eyes out performs even the high-priced H4D-200MS. With optics, sensors, controls, movements, and image processing, your eyes provide your brain with not only a total 200-megapixel high-resolution imaging power—they do it in 3D!

The human eye is far more complex than even most scientists can imagine. Whole books have been written about it. It is an elegant masterpiece of optical engineering. This is especially true of the eye lens, which provides much of the focus correction that allows us to see high-resolution images, and the curved retina, which senses those images. The complexity of retina sensors increases when their interaction with the human brain is considered. Even the means of data transmission is an engineering marvel.

Overview of the human eye

The optical design of the human eye is similar to a small digital camera that takes two-dimensional images. With two eyes, we get three-dimensional images. Our camera-like eye optics and sensors use multiple materials, index gradients, and complex surfaces to achieve the optical correction necessary for wide-angle, high-resolution viewing.

A controlled amount of light enters the human eye through the transparent cornea which acts as an initial powerful convex lens. The amount of light is further controlled as it goes through the pupil (the aperture in the iris diaphragm). The very complex crystalline lens then focuses the light on the retina. This causes the retina’s millions of sensors to detect light. Then the retina starts to process dynamic image information into neural signals that go to the brain via the optic nerve. Signals are then further processed in the brain to enable us to see images made up of millions of pixels of information.

Many evolutionists criticized the retina design as being less than optimum.1 Yet the retina has proven to be elegantly designed in its packaging, powering, scanning, image processing, and abilities to collect many levels of image data.2

The structure of the retina allows our eyes and brain to process large amounts of information rapidly. Preprocessing occurs in the retinas’ multiple layers. Each layer of sensor cells contains millions of pathways that allow information to be partially processed on the way to the brain. After this information goes into the brain, the final images are composed for viewing and then samplings of scenes may go into memory.

Each retina contains approximately 100 megapixels enabling us to see very fine detail. Taking both eyes into account, we have a sensor system with 200 megapixels, plus 3D vision (the ability to sense depth). Each sensor element is extremely complex, using many cells per pixel, each having thousands of nanoconnections.

New very high resolution microscopy is now enabling us to start exploring the interconnection circuits with the brain.3 This and related developments will probably require rewriting future textbooks mentioning eye design. The probability of any evolutionary development would be very close to zero. There is too much that looks like design of an extremely complex parallel processing computer system with complex software—intelligence is required.

The sensors in the retina are arranged to give our center of vision much more resolution than the edge. So we could say that the retina is optimized for our purposes. Humans’ methodology of scanning visual queues and images contributes to our survival and to activities such as playing sports, reading, absorbing information, etc. Advertisers study eye movements to create more effective ads, while scientists evaluate eye movements using MRI in order to study brain reactions. Richard Robinson, a freelance science writer from Massachusetts, comments on new findings from UC Berkeley:

. . . the retina might be better likened to a computer running Photoshop, given the extent of image processing that it performs before passing visual information along to the brain. A central aspect of that processing is called center-surround inhibition, in which illumination stimulates the firing of a small number of retinal cells, accompanied by inhibition of surrounding cells. This phenomenon increases spatial contrast and sharpens perception of edges.4 (Emphasis added)

The research from Berkeley shows that positive and negative feedback systems improve imaging.5 This is something that researchers had missed initially with respect to the eye, yet was known to be true of film.

The optics of the eye, sensors of the retina, and the complex interface with the brain allows us to sense high resolution images very rapidly and then use them in real time. Our amazing vision system exceeds the performance of even the best manmade robotic vision and control systems.

I will continue to write, on occasion, about the intricacies of the human eye and how its remarkable design points toward our loving Creator. 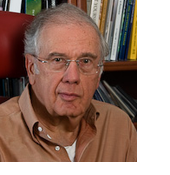 Curt Deckert, PhD CMC has worked for Northrop, CalComp, Ford Aerospace, and Abbott Labs. He is a member of IEEE, OSA, SPIE, SID, OCTANe, and IMC as a Certified Management Consultant specializing in R&D with strong emphasis on the competitive application of optical technology.

Last month I wrote an article describing how the Grand Tack model explains the orbital configurations of all eight planets and all five asteroid...
Astronomy

The supposed rebirth of the oscillating universe model made Internet headlines in recent months1 and the lead slot in Science.2 This model posits that...
Astronomy