New work by scientists from Switzerland and the Netherlands provides increased evidence for the optimal design of the cell’s metabolic pathways. This optimization supports the notion that life stems from the work of an intelligent Agent.

One of the biggest shocks I experienced when we moved from Cincinnati to the Los Angeles area thirteen years ago was the traffic—and the complexity of the Southern California freeway system. (When you ask someone for directions, it sounds like a quarterback calling out signals at the line of scrimmage: take the 210 to the 57 to the 5 to the 55 to the… hut!)

Yet, in spite of the horrible traffic and complex directions, the well-designed freeway system makes it easy to navigate the greater Los Angeles area. Virtually all of the towns and cities are laid out on a grid, connecting major roadways to different regions of the Southland.

Conversely, cities on the east coast are laid out in a haphazard manner, in part because they were built hundreds of years ago, well before automobiles became the dominant means of transportation.

Metabolic Pathways
Metabolism refers to the myriad chemical reactions that occur in organisms necessary to sustain life. Metabolic activity makes it possible for life-forms to extract energy from the environment and construct life’s components. These processes allow organisms to grow, reproduce, maintain biological structures, and respond to changes in the environment. Metabolic reactions include the production and breakdown of proteins and RNA molecules, DNA replication, and the assembly of cell membranes and cell walls.

Additionally, metabolism involves reactions of small molecules. A significant number of metabolic reactions produce small molecules used by the cell’s machinery as building blocks to assemble proteins, DNA, RNA, and cell membrane bilayers. On the other hand, some metabolic activities breakdown compounds like glucose and other sugar molecules into smaller molecules to provide energy for the cell’s operations. Some metabolic activities prepare materials the cell no longer needs (cellular waste) for elimination. Other reactions detoxify materials that are harmful to the cell.

Within the cell’s interior, metabolic processes are often organized like city streets into routes or pathways comprised of a series of chemical reactions. These reactions transform a starting compound into a final product via a series of small, stepwise chemical changes. Each step in a metabolic route is mediated by a protein (called an enzyme) that assists in the chemical transformation. These pathways can be linear, branched, or circular. An example of a linear pathway is glycolysis, which is illustrated in figure 1 below. 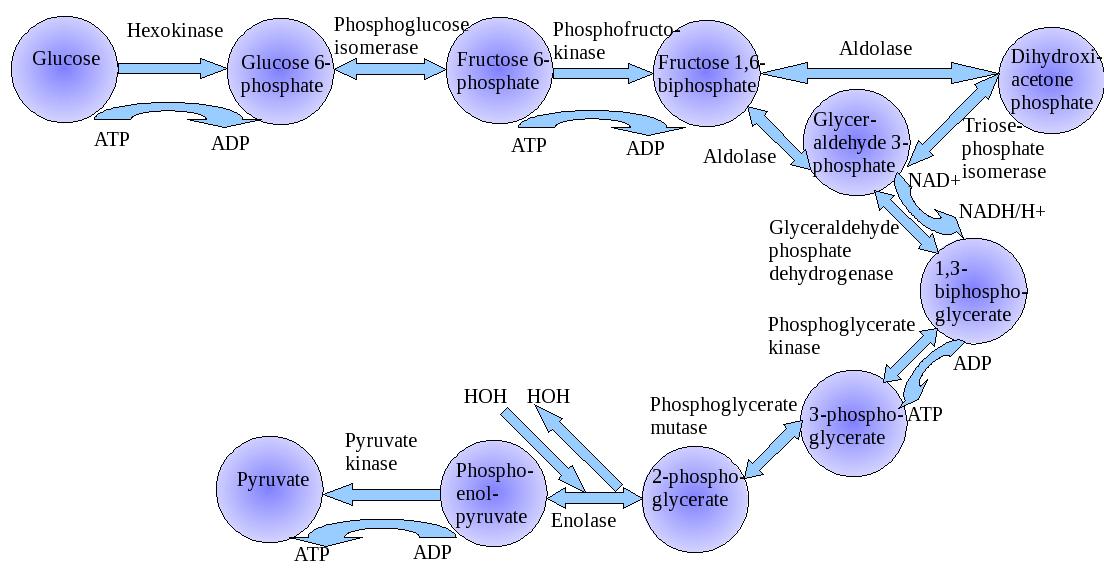 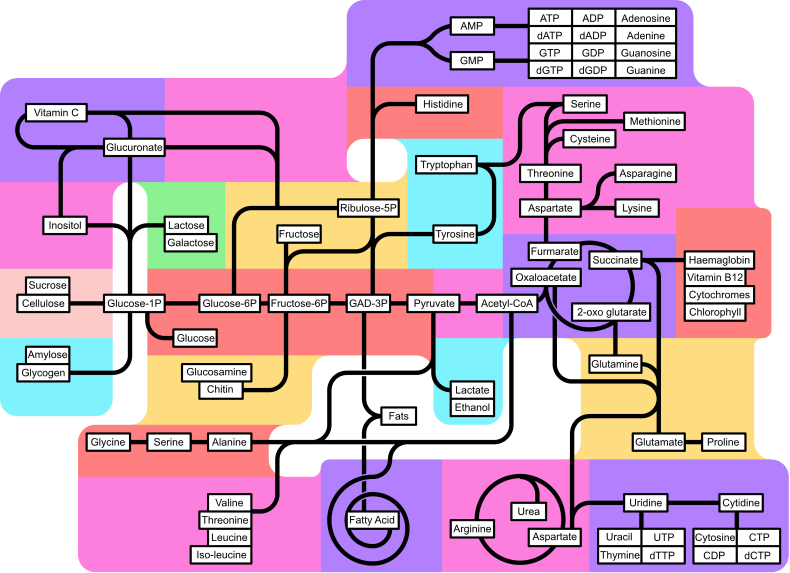 Given the vast complexity of the cell’s metabolism, (go here for a detailed depiction of the cell’s metabolic pathways) it’s easy to envision how evolutionary processes could have poorly matched the pathways together, bit by bit, over a vast period of time—just like the random layout of some cities in the eastern United States.

However, a number of recent reports point out that metabolic pathways in the cell appear to be designed exquisitely, rather than haphazardly. (For more details, go here and here.)

A new study further highlights the optimality of the cell’s metabolic systems.2 Using the multi-dimension optimization theory, researchers evaluated the performance of the metabolic systems of several different bacteria. The data generated by monitoring the flux (movement) of compounds through metabolic pathways (like the movement of cars along the roadways ) allowed researchers to assess the behavior of cellular metabolism. They determined that metabolism functions optimally for a system that seeks to accomplish multiple objectives. It looks as if the cell’s metabolism is optimized to operate under a single set of conditions. At the same time, it can perform optimally with relatively small adjustments to the metabolic operations when the cell experiences a change in condition.

This latest study illustrates that biochemical systems are highly optimized. Optimization is a hallmark feature of man-made designs, and it requires planning and deliberate effort to achieve such optimization. So, by analogy, one could argue that the optimization of biochemical systems reflects the work of an intelligent Agent—a Creator. (See my book, The Cell’s Design, for a more detailed presentation of this argument.)

I thought I had found the perfect Valentine’s Day gift for Amy. We were dating at the time and I bought her a Gizmo...
Biochemistry

Three examples of biological mimicry I enjoy watching The New Yankee Workshop and Ask This Old House. Both of these programs showcase the skills of...
Biochemistry

The Nobel Prize, Ribosomes, and Evidence for Intelligent Design

2009 Chemistry Prize Highlights Biochemical Design. In the mid-19th century Alfred Nobel discovered that he could improve the stability of nitroglycerin by mixing it...
Biochemistry