Part 1 discussed the results of a helium diffusion study conducted by a young-earth research program called RATE for Radioisotopes and the Age of The Earth. In an attempt to reconcile young-earth beliefs with geologic data, the RATE group promotes the idea that nuclear decay rates were accelerated in the recent past.

In my analysis of the RATE study, I discovered five specific flaws in their work, two of which were discussed in detail in the previous article. Even though these errors proved serious enough to invalidate their conclusions, the question remains as to whether the existing data can be reconciled with an old earth. This article explores that question in greater detail. In particular, I demonstrate that once the errors in the RATE model are corrected, both the nuclear decay “clock” and the helium diffusion “clock” are in excellent agreement with an old-earth model. This article summarizes highlights from my research; for those interested in the details of my model, I have also written an in-depth technical paper on the subject.

In reviewing the two main RATE reports (Helium Diffusion Age of 6,000 Years Supports Accelerated Nuclear Decay and Helium Diffusion Rates Support Accelerated Nuclear Decay), I discovered an error in the data analysis. The RATE team used a prior estimate by Robert Gentry for the total amount of helium produced from nuclear decay. However, Gentry’s own calculation was off by a factor of over three. Once this error was corrected, the fraction of helium remaining in the zircon samples dropped considerably, as can be seen in the following figure, which compares the original RATE estimates with the revised measurements. 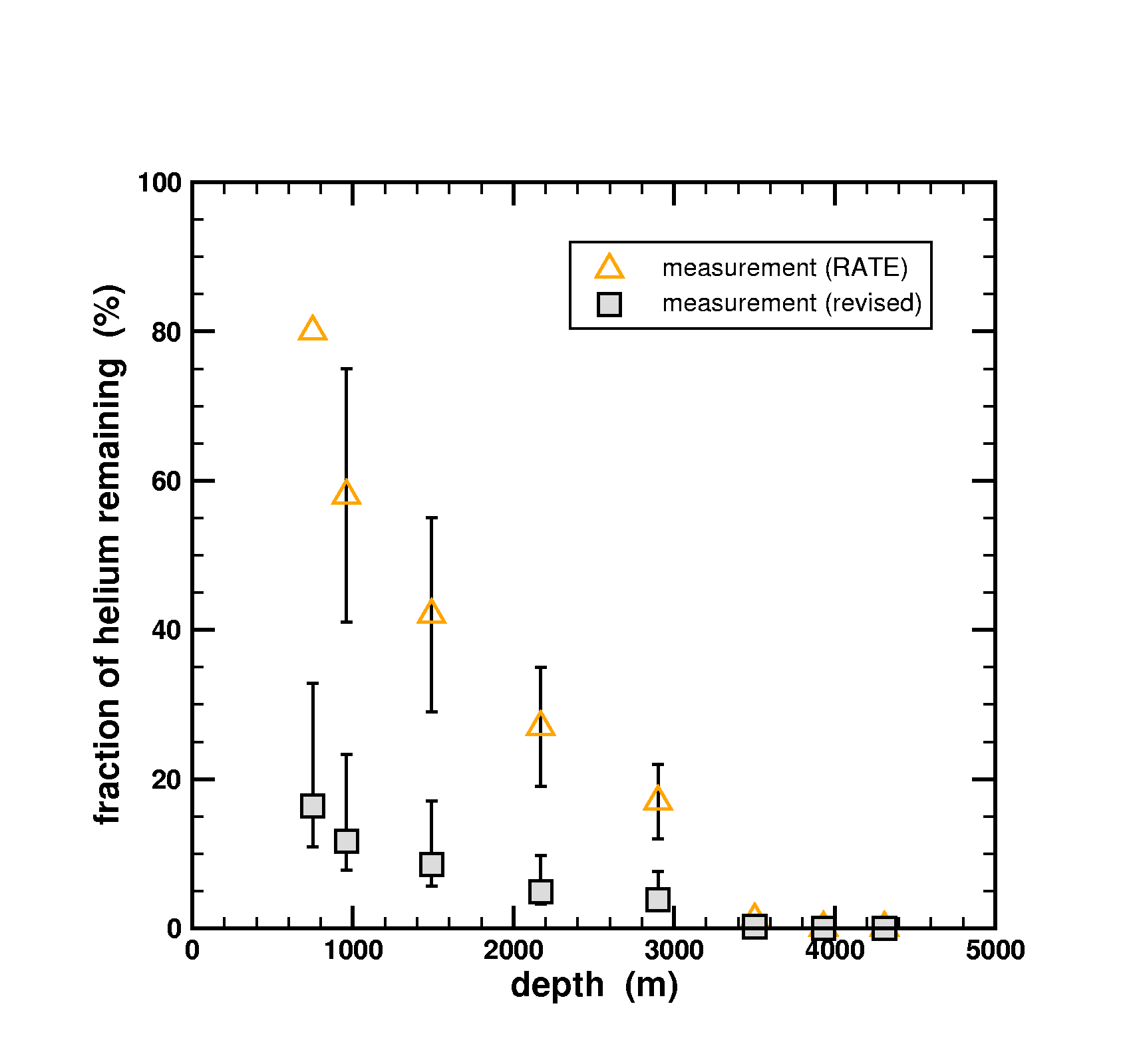 The RATE argument is based upon the claim that there is still a lot of helium in these zircons. However, according to the corrected calculations these zircons actually contain far less helium than the RATE researchers originally thought, which weakens their case.

Next, I corrected errors in the geometry and boundary conditions of their diffusion model. The RATE team used an effective radius that was too large (30 μm versus 20 μm). Furthermore, their model included a second mineral called biotite, surrounding a zircon core. Although zircons are often embedded in larger flakes of biotite, they treated this second mineral as if it had the same material properties as zircon despite the fact that their own data showed that the diffusivity of helium in biotite was orders of magnitude higher. With such a high diffusivity, a biotite envelope would offer little resistance to a migrating helium atom once it left the zircon crystal. Therefore, I chose the more realistic boundary condition of zero helium concentration at the zircon/biotite interface.

Although the foregoing corrections were worth doing for the sake of rigor and accuracy alone, their impact on the final results was not as significant as the correction made for the two errors discussed last week. First, the RATE researchers used a constant temperature profile over time in their model. In contrast, I used a geologically reconstructed thermal history that was highly non-uniform over time.

Second, the RATE researchers used a simple kinetic model in their diffusion study. This type of model ignores the possibility that helium atoms behave differently depending upon their location in the crystal, with atoms in the vicinity of defects moving more readily than those that are in the bulk crystal. Instead, I incorporated a multi-domain diffusion model which takes this effect into account. This type of model has been used by several leading scientists in the noble gas thermochronology field (see for example: Reiners and Farley, 1999, pp. 3850-53; Reiners et al., 2004, pp. 1872-74; Shuster, et al., 2003, pp. 28-29; Shuster, et al., 2005, pp. 669-70).

What is the consequence of all these corrections? As the figure below shows, the revised old-earth model agrees well with the measured helium retention data. For comparison, predictions of the original young-earth RATE model are plotted as well. 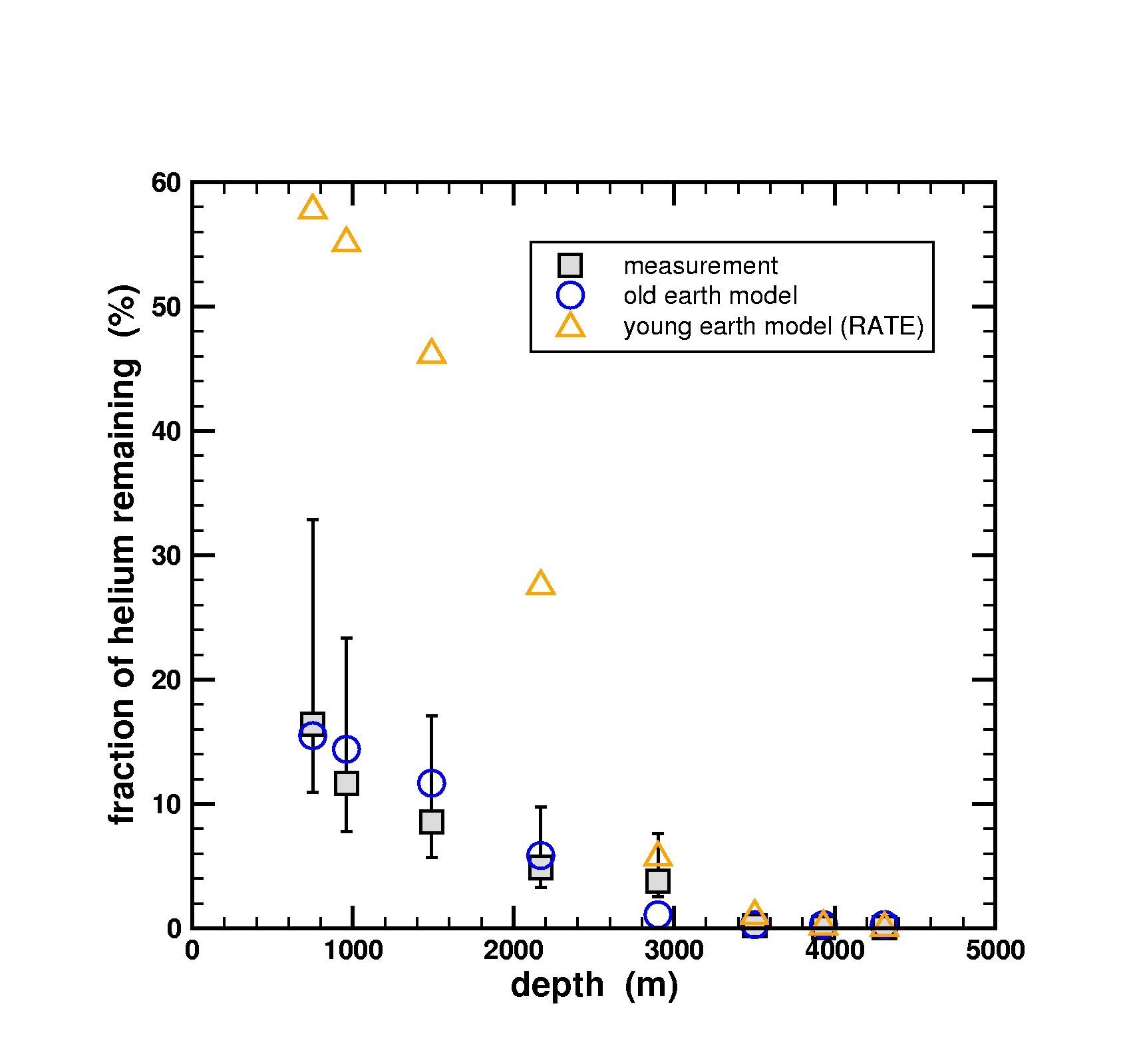 The old-earth model matches the revised measurements better than the young-earth model. The RATE team claimed that essentially no helium would be left in these zircons if they were more than a few thousand years old. However, by direct computation, I have demonstrated otherwise. The helium content and the 1.5 billion year radiometric age of these zircons are in agreement. Since no anomaly exists, there is no scientific need to postulate the existence of exotic physics, like accelerated nuclear decay, to explain the phenomenon.

Not only does this result deprive the accelerated nuclear decay hypothesis of its best case, it actually counts as evidence against accelerated nuclear decay. Two independent clocks (nuclear decay and helium diffusion) are now in agreement on the billion-year-age of these rocks. Consequently, the notion of accelerating natural processes becomes an untenable scientific position, and one must read nature’s clocks at face value. Obviously RTB and young-earth creationism remain at odds. However, the RATE group posited a model and subjected it to scientific testing. And for that they are to be commended.

About my credentials and background, I have a B.S. in physics and a Ph.D. in materials science and engineering. For the last 13 years, I have been employed in the semiconductor electronics industry doing computer simulation and modeling. Although the field of semiconductors may seem far removed from geology, the two disciplines actually have a lot in common. By far the most important semiconductor material is silicon, which is also the primary constituent of rocks and minerals in the earth’s crust. Furthermore, an important process in the manufacturing of semiconductor devices is the diffusion of impurity elements. Because of its economic importance, the solid state diffusion of atoms in the silicon system has been studied more thoroughly than almost any other material. 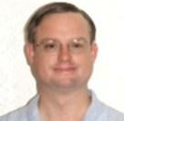 Dr. Loechelt received his doctorate in the science and engineering of materials from Arizona State University in 1995, and currently works as an electrical engineer at ON Semiconductor in Phoenix, Arizona. This work was conducted on his personal time and does not reflect the views or business interests of his employer.

Genesis 1 and the Early Earth

Does the Bible give an accurate account of the things it describes? The answer to that question has enormous ramifications on how we choose...
Geology & Earth

The Evolution of the Automobile: Evidence for Intelligent Design

“It’s déjà vu all over again.” As the story goes, baseball player and manager Yogi Berra first uttered this famous yogi-ism sitting in the...
Evolution

Did God Create Birds and Sea Mammals But Not Land Mammals?

Question of the week: Why is the Hebrew verb bara (for create) used in Genesis 1:21 when the Bible talks about God creating the...
Biology