A common question that we receive at Reasons to Believe is, “Why did God create dinosaurs?” One obvious answer: God likes big animals. Consider the blue whale at up to 190 tons—more than twice as big as the largest dinosaur! As Psalm 104 describes, God has created animals in the greatest imaginable diversity. As I demonstrate in my book Improbable Planet, God has always packed Earth with as much and as diverse life as the physical conditions on Earth permitted.

Today, the physical conditions of Earth do not allow a land animal any larger than an elephant to thrive. During the ages of the dinosaurs, shallow seas and tall trees on the continents permitted land animals as large as the dinosaurs.

Less obvious reasons for why God created dinosaurs and elephants is to increase the global availability of nutrients and to permit a greater diversity of life to survive. Two papers published within the past two weeks, and several more within the past few years, describe both observational field studies and theoretical biological models that establish large-bodied herbivores have played and continue to play a much more important role in increasing the global availability of nutrients critical for maintaining abundant and diverse life-forms than previously acknowledged.

Large-bodied herbivores, like the sauropod dinosaurs that roamed the continents 145–66 million years ago and weighed up to 60 tons, and elephants that roam tropical Africa and Asia today weighing up to nearly 7 tons, move from region to region as they forage for food. They retain their food for tens of hours or more. They don’t efficiently assimilate their food. They typically defecate far from where they harvest their food. Thus, ecologists have presumed for the past century that large-bodied herbivores play a role in dispersing vital nutrients throughout Earth’s ecosystems.

Christopher Doughty of the School of Informatics, Computing, and Cyber Systems at Northern Arizona University has been actively developing ecosystem models for the past decade. In a paper published in Nature Ecology & Evolution, he used the U.S. Geological Survey’s COALQUAL database to empirically verify the degree to which large-bodied herbivores geographically distribute nutrients.1

In a paper published just days ago in Palaeontology, a team of four ecologists noted that the Cretaceous dinosaurs spanned a 4-million-fold range in body sizes, ranging from 15 grams to 60 tons. In analyzing the biomechanics of the largest dinosaurs the four ecologists concluded that these animals would have very long food passage times.2 That is, the time between one of these dinosaurs eating plant material and defecating the nutrient-rich wastes from what they had eaten would be days, not hours.

Three decades ago, environmental zoologist Paul Rees showed that what is true for the sauropod dinosaurs is also true—to a somewhat lesser degree—for the largest herbivores on Earth today. He showed that the food passage times for African Bush elephants (see figure) ranges from 21–46 hours.4 In the same study, he determined that the food assimilation efficiency was only 22.4%. Given that African Bush elephants move tens of miles per day, like sauropod dinosaurs before them, they efficiently transport nutrient-rich material throughout their environments. 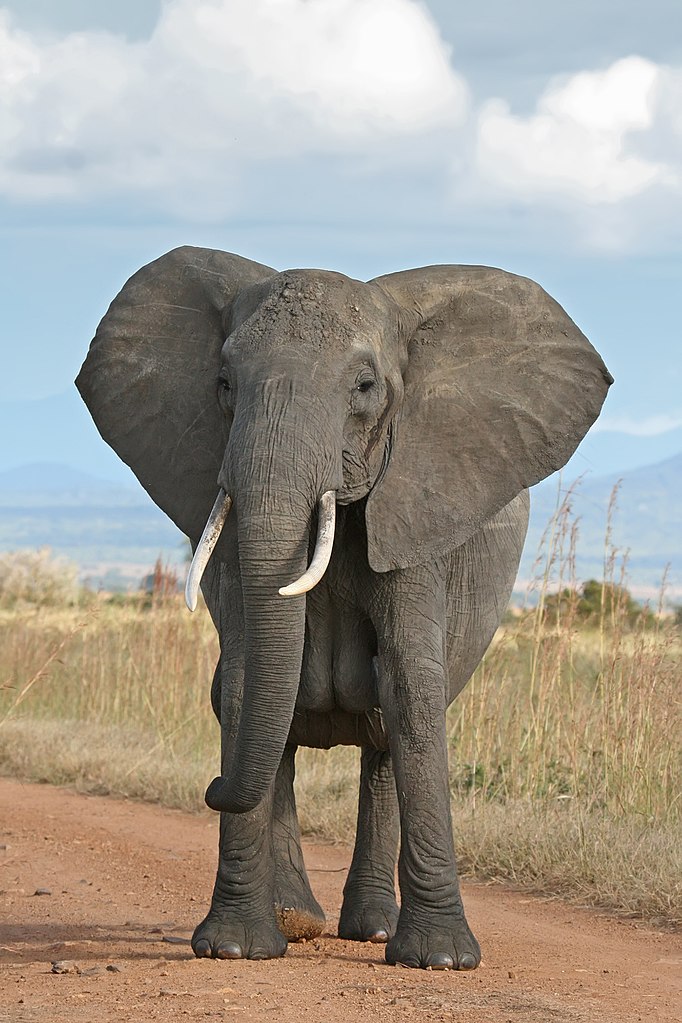 The very important role that large herbivores play in distributing nutrients in current habitats was affirmed in a study of the impact of megafauna extinctions on nutrient availability in Amazonia.5 Three ecologists pointed out that during the late Pleistocene (20,000–11,700 years ago), 97 genera of large animals went extinct. They showed that this extinction event reduced the lateral flux of the limiting nutrient phosphorus in Amazonia by more than 98%!

Doughty closed his recent research paper with a call to conserve the remaining large animals on our planet. He cited data showing that the removal of the largest animals likely would reduce nutrient concentrations in their habitats by an additional 130% or more. Evolutionary models show that the increase in maximum biovolume of a factor of 100,000 times that has occurred since the Cambrian explosion 543 million years ago “could not have emerged from a random process” and that this pattern of dramatically increasing body sizes “does not reflect a simple scaling up of widespread and persistent selection for larger size within populations.”6

In other words, God made a major investment in creating large herbivores to create large herbivores. He created them to benefit all life, and humanity in particular. We need to thank God for the large herbivores and do everything we can to not only preserve them, but also restore them to near the population levels they manifested at the time of Eden.

I must confess that even though I have written extensively about how blessed we humans are to be living on a planet that is...
Biology

At one time, many researchers viewed shared junk DNA sequences as the most compelling evidence for common descent and, hence, biological evolution. This made...
Biology

The Permian-Triassic mass extinction event is by far the most catastrophic known event to ever impact life on Earth. It occurred 251.9 million years...
Biology