One of the things I especially like about the Christmas season are Christmas carols, Christmas cantatas, and Christmas oratorios. The lyrics are loaded with doctrinal teachings that by themselves compel worship of our God who chose to become a man in order that we might be saved from sin and death. These great doctrinal messages are accompanied by some of the greatest music that we humans have ever composed. Then there are the magnificent voices.

Yesterday, as I was listening to Christmas music on a classical radio station, I recognized that what I was hearing was yet another powerful scientific case for human exceptionalism. Unlike the evolutionary mantra that all life has naturally descended from a last universal common ancestor (LUCA), and, thus, all life differs from all other life only by degree and not fundamentally by kind, the Bible teaches that God specially created three fundamentally different kinds of life.

Genesis 1 uses the Hebrew verb bara only three times. Bara means to bring into existence something brand new, something that never existed before. Genesis 1 uses it first in verse 1 where the text describes God creating the physical universe of matter, energy, space, and time. The physical universe includes life-forms that are purely physical, such as bacteria and fungi.

The second time Genesis 1 uses bara is in verse 21. There the text describes God creating the nephesh (soulish animals). Compared to all other life God had previously created, these animals are exceptional. They are not just physical entities. In addition to their physical bodies they are endowed with soulish attributes: mind, will, and emotions.

The third time Genesis 1 uses bara is in verse 27. There the text describes God creating human beings, the only species of life on Earth that possesses “the image of God.” According to Genesis and many other Bible passages, humans are exceptional among Earth’s life in that they alone are spiritual. They alone are capable of engaging in philosophy, theology, mathematics, and symbolic communication.

The nephesh animals are exceptional, too, in that unlike life-forms that are purely physical, they are able to form relationships with a higher species, namely, human beings. In this respect God has endowed them with a desire to serve and please humans.

Humans are exceptional in that alone among Earth’s life they are able to form relationships with a higher being, namely, God. God has endowed them with a desire to serve and please him.

The songs sung by nephesh animals are all very short in length, typically just a few notes. Furthermore, the frequency range of their speech is limited. Also, members of a species, if one discounts large variations in body size, tend to speak with the same pitch.

Some birds can sing and, with a lot of training by humans, can mimic a short segment of one of our simpler songs. Only humans, however, can perform four-part oratorios or produce the music of barbershop quartets.

Nothing less than the amazing designs God built into our muscular systems, vocal tracts, lungs, brains, and minds, would allow us humans to perform Handel’s Messiah (see figure). Nothing less would have allowed the women in the World War II Japanese POW camp in Palembang, Sumatra to use their voices to perform from memory all the musical instrument parts that comprise Dvorak’s Largo, Ravel’s Boléro, and Handel’s Messiah. If you have not read the book Song of Survival, or seen the feature movie Paradise Road, you have missed a very spiritually uplifting experience. 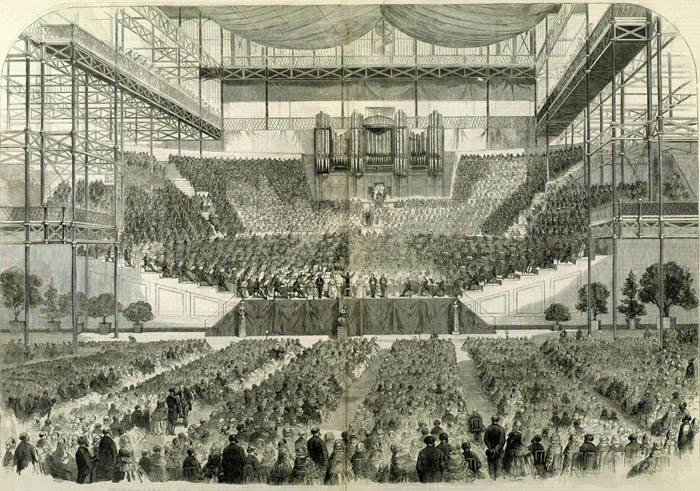 In addition to the amazing designs God built into our physical bodies that allow us to perform Handel’s Messiah, God designed our souls and spirits with the capacity to compose such complex music. He also endowed our souls and spirits with the aesthetic capacity to enjoy the beauty and joy of such music and to experience it as worship and praise to the One who made it all possible. To read more about nephesh exceptionalism and human exceptionalism, see chapters 7–12 of my book Hidden Treasures in the Book of Job.

This Christmas season please take time to thank God for music and for giving us the capacity to enjoy music and to use it as an instrument of worship. Please take time, too, to sing some Christmas carols with your friends and relatives who are not yet followers of Christ. The music and the words will plant the seeds of the gospel in their hearts.

I remember being taught as a child that the humpback whale must be an accident of nature. The weird bumps along the leading edge...
Design

Historical Reflections on the Pandemic

Few things in life get your attention like the subject of infectious disease. And this is especially true of pandemics (“all people” threatened by...
Biology

Pseudogenes and the Origin of Humanity: A Response to the Venema Critique of the RTB Human Origins Model, Part 7

For over a month, I have been responding to biologist Dennis Venema’s criticisms of the RTB human origins model. (See my previous posts: part...
Biology