From the fact that there are 400,000 species of beetles on this planet, but only 8,000 species of mammals, the Creator, if he exists, has a special preference for beetles.

That “preference” manifests in a new research finding showing that in some species of beetles the Creator has crafted designs so amazing that scientists are copying them to build a superior generation of robots.1

Rhinoceros beetles are amazing creatures. As figure 1 shows, they are armor–plated and can withstand impacts that would crush and maim other insects. They are also incredibly strong. Some species can lift more than 800 times their body weight, equivalent to a human lifting 80+ tons!

Male rhinoceros beetles have a long horn protruding from the head that they use for digging and for combat with other males during mating season. Sturdy, clean, easy to feed, and completely safe to handle, rhinoceros beetles have become popular pets in some parts of Asia. Their high protein content, much higher than beef or chicken, also makes them a potential food source. 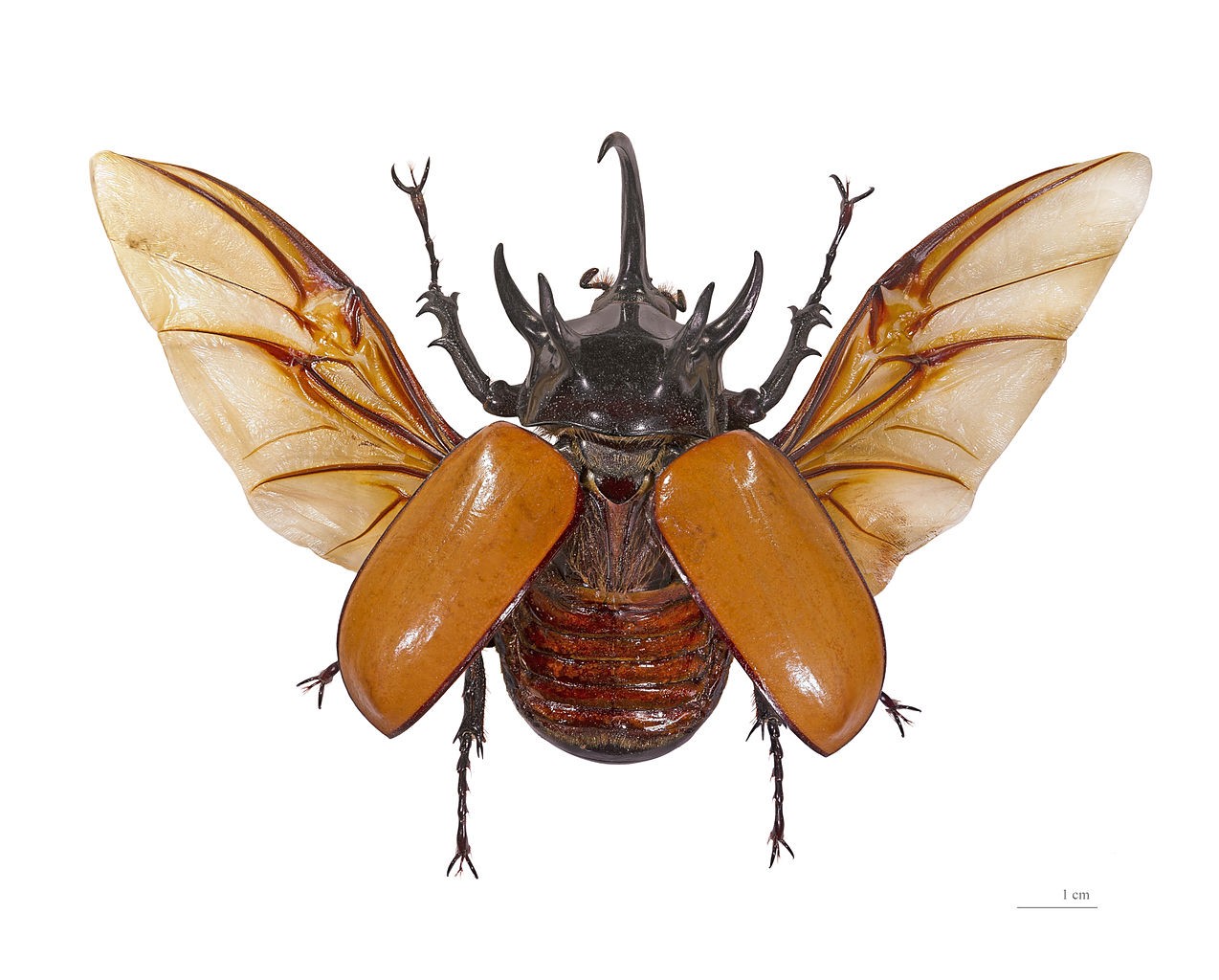 The wings of a rhinoceros beetle possess a design capability present in no commercial or military aircraft. They can withstand a midair collision without damage to the wing and with only a minor disturbance to the flight pattern.

The scientists who published the new research finding, Hoang Phan and Hoon Park, cut off the hindwing of a rhinoceros beetle at the wing base and attached it to a flapping machine. With a high-speed movie recording of the flapping wing in the presence of colliding objects, Phan and Park discovered that rhinoceros beetle wings are equipped with sophisticated hinges that allow each wing to independently and very quickly fold up origami style when the insect collides with an object, thereby protecting the wing from damage. Just as quickly, the hinge mechanisms and stored elastic energy can unfold the wing back into full flight mode.

Phan and Park show that the origami-like folding capability of the wings serves a shock-absorbing function during in-flight collisions. Rhinoceros beetle wings can fold and spring back into place within a single stroke. Hence, the beetles can successfully fly in highly cluttered environments.

Copying the Design Features of Rhinoceros Beetle Wings
Many commercial and military flight situations occur in environments so cluttered that flying through them in conventional aircraft would be dangerous. Consequently, the researchers followed up their experiments on rhinoceros beetles with a proof-of-concept design and manufacture of a collision-tolerant flying robot.

Phan and Park meticulously copied the designs they observed in rhinoceros beetle wings to build a miniature flapping-wing robot that is able to safely fly after encountering collisions. Figure 3 shows the flying robot they built and tested. 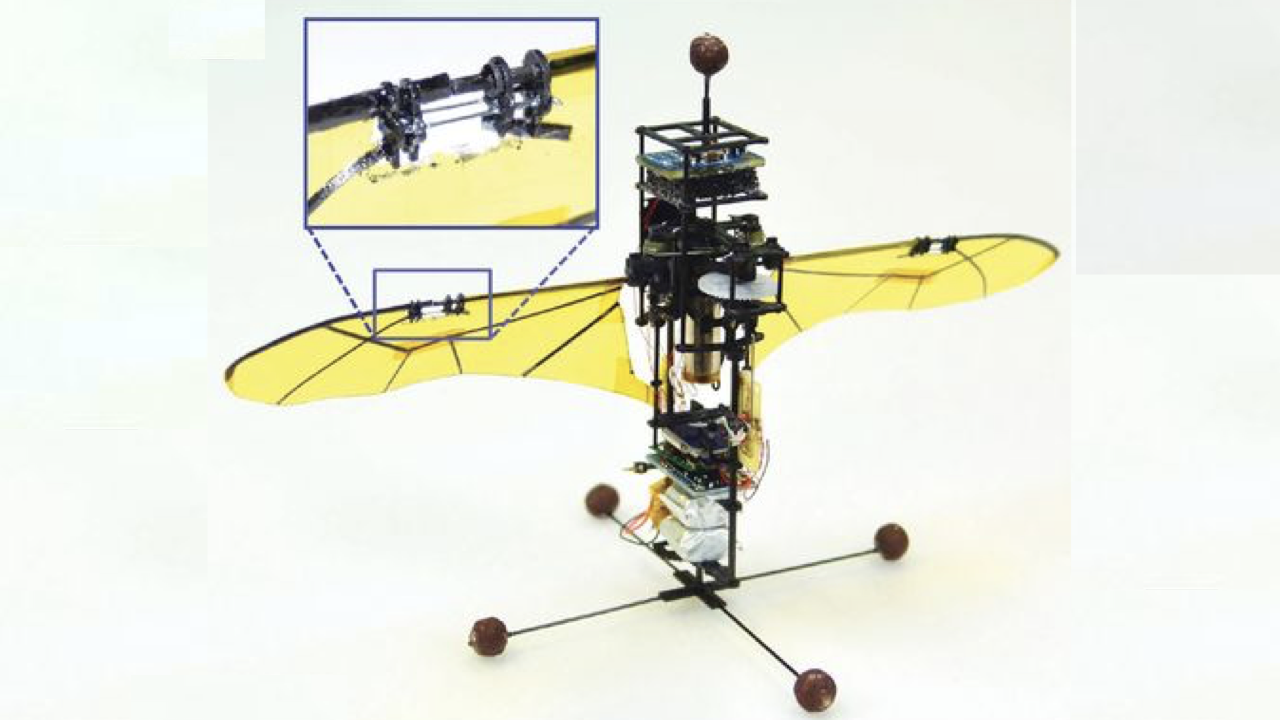 The flying robot weighs just 18 grams but can be scaled up to larger sizes. Potential applications include reconnaissance photography in confined spaces and hazardous environments, bomb detection and removal, and delivery of medical equipment, supplies, food, and water to trapped victims and first responders. More ambitious goals include using the beetle wing designs to manufacture collision-resistant helicopter propellers and collision-resistant passenger and military aircraft.

As with other bioinspired designs, the flying robot built by Phan and Park is wonderfully functional but not to the degree of the organism they copied. The sophisticated designs built into the wings of rhinoceros beetles testify to the existence of an intelligent, supernatural Creator, one who is far more knowledgeable, intelligent, powerful, and caring than we human beings.

Heated debate surrounds the safety of genetically modified foods—foodstuff derived from organisms that have been genetically altered.
Evolution

The Functional Significance of Gene Location: Countering the Case for Biological Evolution

What Wiped Out the Dinosaurs? Part 2: The Effects

In last Monday’s article, I discussed the conclusions drawn by a panel of 41 scientists from their careful review of over twenty years’ worth...
Evolution