Our most recent scholar-evangelist staff addition is Dr. Anjeanette “AJ” Roberts. You can find a formal photo of her on our website. AJ joined us last August for our Icefall Canyon traverse where I took the two much more informal photos (below) of AJ—one of her and her friend Ivana Kuo, a neuroscientist, on top of the canyon and one of AJ contemplating how to cross a glacier crevasse. 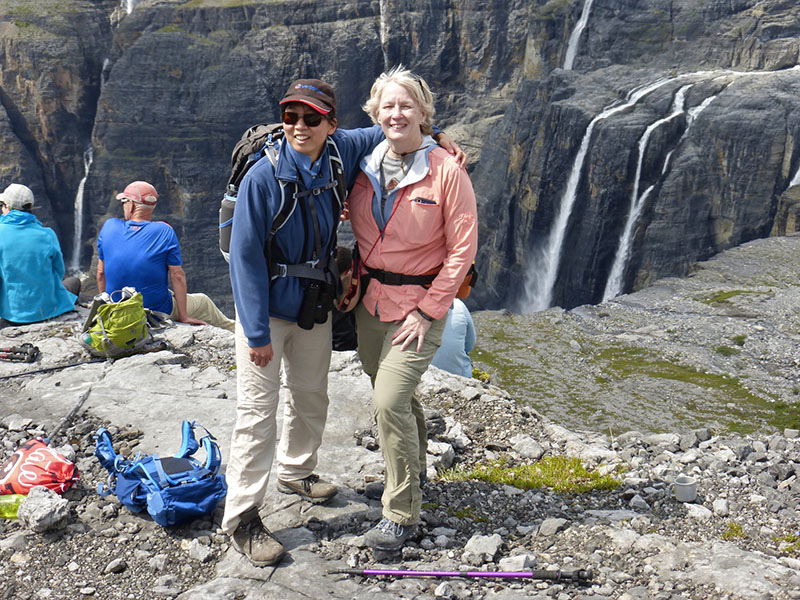 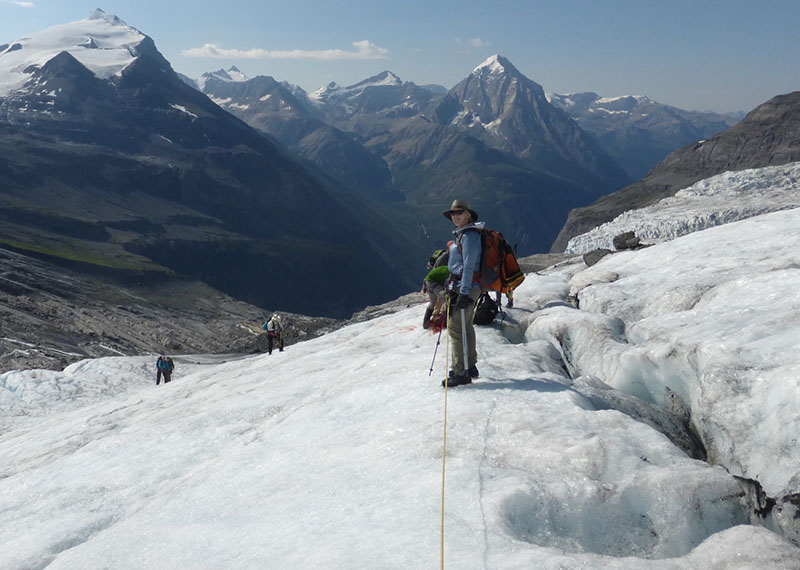 AJ is a molecular biologist who has done extensive research on viruses, which makes her a virologist as well. If you have never heard her speak on how viruses provide powerful evidence for the Christian faith, you need to catch her next talk on the subject. It is a powerful message.

I am no virologist, but I am fascinated by how viruses contribute to the water cycle and impact geochemical and geophysical cycles. It seems like not a month goes by where scientists are not discovering some new insight on how viruses are contributing to our understanding of the physical sciences.

In a recent issue of Science Advances, a team of nine marine ecologists and geochemists published a paper showing how viruses impact the geochemistry of the deep seafloor.1 The novel aspect of the team’s research is that they measured the quantity of archaeal versus bacterial genes released into ocean floor sediments as a result of viral attacks on archaea and bacteria. Archaea and bacteria are both single-celled organisms, but archaea differ from bacteria in that they contain different ribosomes and their cell walls have different membrane structures and different membrane chemistries.

The team showed that in all ocean sediments, from 1,000- to 10,000-meter water depth, “the impact of viral infection is higher on archaea than on bacteria.”2 The team further demonstrated that “virus-induced lysis of archaea accounts for up to one-third of the total microbial biomass killed.”3 Lysis refers to the destruction of the cell wall membrane.

In the oceans, bacteria far outnumber archaea. However, the team’s study demonstrated that the cell walls of archaea are much more subject to attack by viruses than the cell walls of bacteria. Thus, despite the dominance of bacteria, the carbon released into ocean floor sediments by virus-killed archaea accounts for “15 to 30% of the total C [carbon] released by viral lysis.”4 The team therefore revised upward the estimated global release of carbon into the deep ocean environment owing to viral attacks on archaea and bacteria. The new estimate is 0.37 to 0.63 billion tonnes (1 tonne = 1,000 kilograms or 2,204.6 pounds) of carbon per year.5

The team concludes their paper with the following sentence: “We show here for the first time the crucial role of viruses in controlling archaeal dynamics and therefore the functioning of deep-sea ecosystems, and suggest that virus-archaea interactions play a central role in global biogeochemical cycles.”6 If it were not for the global biogeochemical cycles operating at the high levels that they presently do, we humans would not be able to exist on Earth, and we certainly would not have the civilization to support the celebration of Thanksgiving Day like we do. In your prayers of thanksgiving on that special day, I hope you will remember to thank God for making viruses in the quantity and kinds that he did.

Exploring the Human Genome: Can We Make Predictions from Infancy?

Have you ever thought about which characteristics are critical for an infant’s development? By observing whether an infant is breathing, cooing, eating, sleeping, crying,...
Biology

One day the world could be measles-free. The 15 children that die every hour from measles infections could be saved. The 20–30% of infected...
Biology