Why do I think God exists?

In short: The elegance, sophistication, and ingenuity of biochemical systems—and their astonishing similarity to man-made systems—convinces me that God is responsible for life’s origin and design.

While many skeptics readily acknowledge the remarkable designs of biochemical systems, they would disagree with my conclusion about God’s existence. Why? Because for every biochemical system I point to that displays beauty and elegance, they can point to one that seems to be poorly designed. In their view, these substandard designs reflect life’s evolutionary origin. They argue that evolutionary mechanisms kludged together the cell’s chemical systems through a historically contingent process that co-opted preexisting systems, cobbling them together to form new biochemical systems.

According to skeptics, one doesn’t have to look hard to find biochemical systems that seem to have been put together in a haphazard manner, and DNA replication appears to be an example of this. In many respects, DNA replication lies at the heart of the cell’s chemical operations. If designed by a Creator, this biochemical system, above all others, should epitomize intelligent design. Yet the DNA replication process appears to be unwieldy, inefficient, and unduly complex—the type of system evolution would generate by force, not the type of system worthy to be designated the product of the Creator’s handiwork.

Yet new work by Japanese researchers helps explain why DNA replication is the way it is.1 Instead of reflecting the cumbersome product of an unguided evolutionary history, the DNA replication process displays an exquisite molecular logic.

To appreciate the significance of the Japanese study and its implication for the creation/evolution controversy, a short biochemistry primer is in order. For readers who are familiar with DNA’s structure and the DNA replication process, you can skip the next two sections.

The nucleotide molecules that make up the strands of DNA are, in turn, complex molecules consisting of both a phosphate moiety, and a nucleobase (either adenine, guanine, cytosine, or thymine) joined to a 5-carbon sugar (deoxyribose). 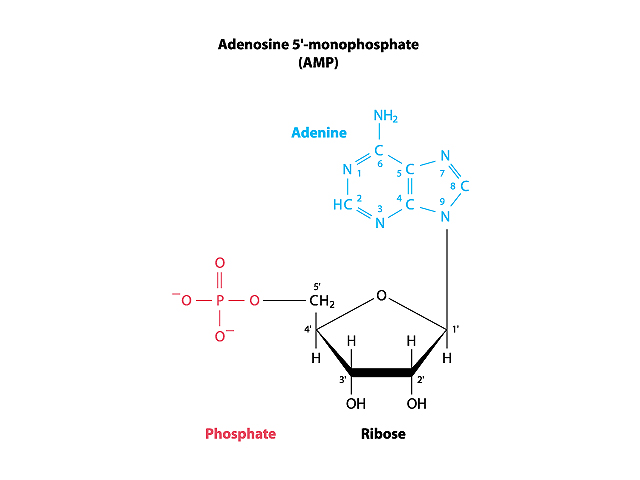 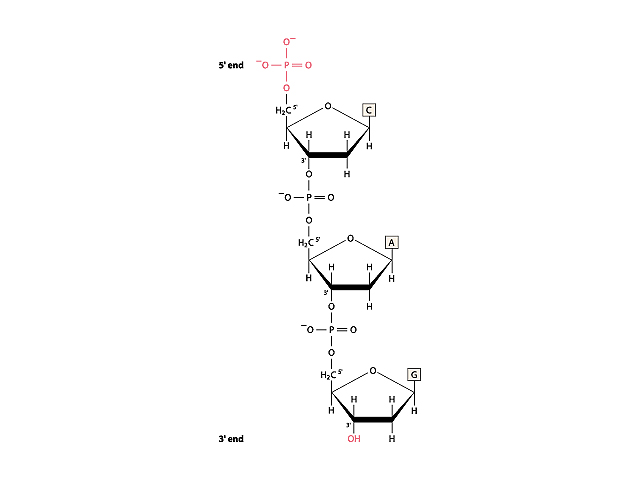 Biochemists refer to DNA replication as a template-directed, semi-conservative process. By template-directed, biochemists mean that the nucleotide sequences of the “parent” DNA molecule function as a template, directing the assembly of the DNA strands of the two “daughter” molecules. By semi-conservative, biochemists mean that after replication, each daughter DNA molecule contains one newly formed DNA strand and one strand from the parent molecule. 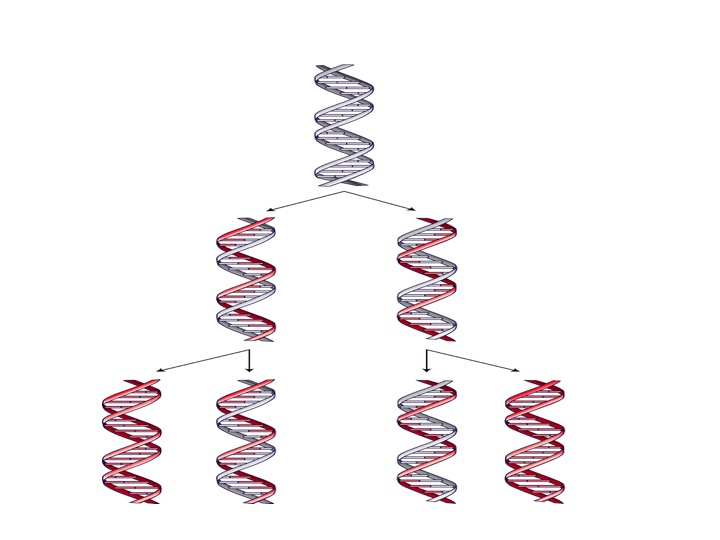 Conceptually, template-directed, semi-conservative DNA replication entails the separation of the parent DNA double-helix into two single strands. By using the base-pairing rules, each strand serves as a template for the cell’s machinery to use when it forms a new DNA strand with a nucleotide sequence complementary to the parent strand. Because each strand of the parent DNA molecule directs the production of a new DNA strand, two daughter molecules result. Each one possesses an original strand from the parent molecule and a newly formed DNA strand produced by a template-directed synthetic process. 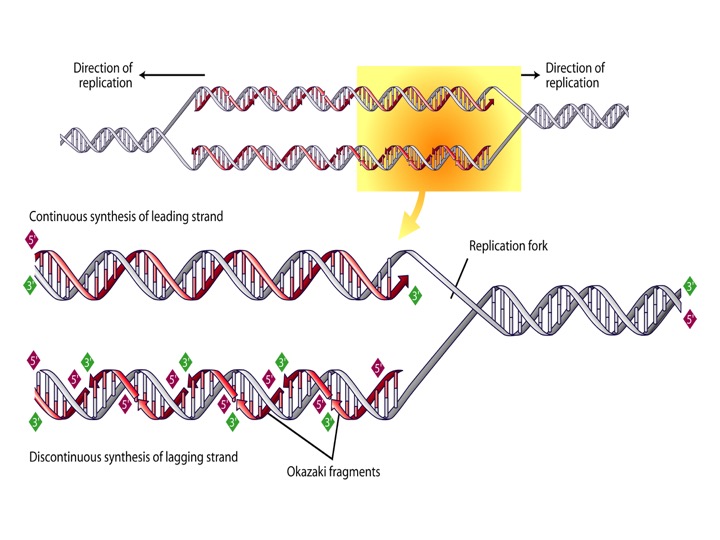 DNA replication can only proceed in a single direction, from the top of the DNA strand to the bottom. Because the strands that form the DNA double helix align in an antiparallel fashion with the top of one strand juxtaposed to the bottom of the other strand, only one strand at each replication fork has the proper orientation (bottom-to-top) to direct the assembly of a new strand, in the top-to-bottom direction. For this strand—referred to as the “leading strand”—DNA replication proceeds rapidly and continuously in the direction of the advancing replication fork.

Before the newly formed daughter strands can be produced, a small RNA primer must be produced. The protein that synthesizes new DNA by reading the parent DNA template strand—DNA polymerase—can’t start production from scratch. It has to be primed. A massive protein complex, called the primosome, which consists of more than 15 different proteins, produces the RNA primer needed by DNA polymerase.

DNA Replication and the Case for Evolution

This cursory description of DNA replication clearly illustrates the complexity of this biochemical operation. (Many details of the process were left out of the discussion.) This description also reveals why biochemists view this process as cumbersome and unwieldy. There is no obvious reason why DNA replication proceeds as a semi-conservative, RNA primer-dependent, unidirectional process involving leading and lagging strands to produce DNA daughter molecules. Because of this uncertainty, skeptics view DNA replication as a chance outcome of a historically contingent process, kludged together from the biochemical leftovers of the RNA world.

If there is one feature of DNA replication that is responsible for the complexity of the process, it is the directionality of DNA replication—from top to bottom. At first glance, it would seem as if the process would be simpler and more elegant if replication could proceed in both directions. Skeptics argue that the fact that it doesn’t reflects the evolutionary origin of the replication process.

Yet work by the team from Sapporo, Japan indicates that there is an exquisite molecular rationale for the directionality of DNA replication.

Why DNA Replication Proceeds in a Single Direction

These researchers recognized an important opportunity to ask why DNA replication proceeds only in a single direction with the discovery of a class of enzymes that add nucleotides to the ends of transfer RNA (tRNA) molecules. (tRNA molecules ferry amino acids to the ribsosome during protein synthesis.) If damaged, tRNA molecules cannot properly carry out their role in protein production. Fortunately, there are repair enzymes that can fix damaged tRNA molecules. One of them is called Thg-1-like protein (TLP).

TLP adds nucleotides to damaged ends of tRNA molecules. But instead of adding the nucleotides top to bottom, the enzyme adds these subunit molecules to the tRNA bottom to top, the opposite direction of DNA replication.

By determining the mechanism employed by TLP during bottom-to-top nucleotide addition, the researchers gained important insight into the constraints of DNA replication. As it turns out, bottom-to-top addition is a much more complex process than the normal top-to-bottom nucleotide addition. Bottom-to-top addition is a cumbersome two-step process that requires an enzyme with two active sites that have to be linked together in a precise way. In contrast, top-to-bottom addition is a simple, one-step reaction that proceeds with a single active site. In other words, DNA replication proceeds in a single direction (top-to-bottom) because it is mechanistically simpler and more efficient.

The bottom line: In light of this new insight, it is hard to argue that DNA replication has been cobbled together via a historically contingent pathway. Instead, it is looking more and more like a process ingenuously designed by a Divine Mind.

Did Curiosity Find Evidence of Life on Mars?

Yesterday, NASA issued a major public announcement that Fox News termed a “massive Mars discovery.”1 What was the discovery? At the announcement NASA spokesman...
Biology

Did God Create Birds and Sea Mammals But Not Land Mammals?

Question of the week: Why is the Hebrew verb bara (for create) used in Genesis 1:21 when the Bible talks about God creating the...
Biology

Pseudogenes and the Origin of Humanity: A Response to the Venema Critique of the RTB Human Origins Model, Part 5