During those days people will seek death but will not find it; they will long to die, but death will elude them.

When I sit down, when I stand up, when I get out of bed, when I get into bed, when I bend over to pick up something from the ground, and when I straighten up again, I find myself involuntarily making noises—grunting sounds.

I guess it is all part of the aging process. My body isn’t quite what it used to be. If someone offered me an elixir that could turn back time and reverse the aging process, I would take it without hesitation. It’s no fun growing old.

Well, I just might get my wish, thanks to the work of a research team from the US and Canada. These researchers demonstrated that they could disrupt the aging process and, in fact, reverse the biological clock in humans.1

This advance is nothing short of stunning. It opens up exciting—and disquieting—biomedical possibilities rife with ethical and theological ramifications. The work has other interesting implications, as well. It can be marshaled to demonstrate the scientific credibility of the Old Testament by making scientific sense of the long life spans of the patriarchs listed in the Genesis 5 and 11 genealogies.

Some Biological Consequences of Aging

Involuntary grunting is not the worse part of aging, by far. There are other more serious consequences, such as loss of immune function. Senescence (aging) of the immune system can contribute to the onset of cancer and increased susceptibility to pathogens. It can also lead to wide-scale inflammation. None of these are good.

A Strategy to Improve Immune Function

Previous studies in laboratory animals have shown that administering growth hormone enlarges the thymus and, consequently, improves immune function. The research team reasoned that the same effect would be seen in human patients. But due to at least one of its negative side effects, the team couldn’t simply administer growth hormone without other considerations. Growth hormone lowers insulin levels and leads to a form of type 2 diabetes. To prevent this adverse effect, the researchers also administered two drugs commonly used to treat type 2 diabetes. 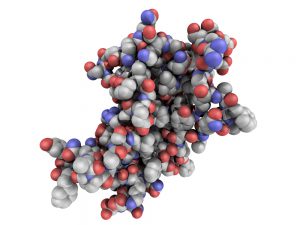 To test this idea, the researchers performed a small-scale clinical trial. The study began with ten men (finishing with nine) between the ages of 51 and 65. The volunteers self-administered the drug cocktail three to four times a week for a year. During the course of the study, the researchers monitored white blood cell levels and thymus size. They observed a rejuvenation of the immune system (based on the count of white blood cells in the blood). They also noticed changes in the thymus, with fatty deposits disappearing and thymus tissue returning.

As an afterthought, the researchers decided to test the patient’s blood using an epigenetic clock that measures biological age. To their surprise, the researchers discovered that the drug cocktail reversed the biological age of the study participants by two years, compared to their chronological age. In other words, even though the patients gained one year in their chronological age during the course of the study, their bodies became younger, based on biological markers, by two years. This age reversal lasted for six months after the trial ended.

This groundbreaking work carries significant biomedical, ethical, and theological implications, which I will address below. But the breakthrough is equally fascinating to me because it can be used to garner scientific support for Genesis 5 and 11.

The mere assertion that humans could live for hundreds of years as described in the genealogies of Genesis 5 and 11 is, for many people, nothing short of absurd. Compounding this seeming absurdity is the claim in Genesis 6:3, which describes God intervening to shorten human life spans from about 900 to about 120 years. How can this dramatic change in human life spans be scientifically rational?

As I discuss in Who Was Adam?, advances in the biochemistry of aging provide a response to these challenging questions. Scientists have uncovered several distinct biochemical mechanisms that either cause, or are associated with, senescence. Even subtle changes in cellular chemistry can increase life expectancy by nearly 50 percent. These discoveries point to several possible ways that God could have allowed long life spans and then altered human life expectancy—simply by “tweaking” human biochemistry.

Thanks to these advances, biogerontologists have become confident that in the near future, they will be able to interrupt the aging process by direct intervention through altered diet, drug treatment, and gene manipulation. Some biogerontologists such as Aubrey de Grey don’t think it is out of the realm of possibility to extend human life expectancy to several hundred years—about the length of time the Bible claims that the patriarchs lived. The recent study by the US and Canadian investigators seems to validate de Grey’s view.

So, if biogerontologists can alter life spans—maybe someday on the order of hundreds of years—then the Genesis 5 and 11 genealogies no longer appear to be fantastical. And, if we can intervene in our own biology to alter life spans, how much easier must it be for God to do so?

As mentioned, I would be tempted to take an anti-aging elixir if I knew it would work. And so would many others. What could possibly be wrong with wanting to live a longer, healthier, and more productive life? In fact, disrupting—and even reversing—the aging process would offer benefits to society by potentially reducing medical costs associated with age-related diseases such as dementia, cancer, heart disease, and stroke.

Yet, these biomedical advances in anti-aging therapies do hold the potential to change who we are as human beings. Even a brief moment of reflection makes it plain that wide-scale use of anti-aging treatments could bring about fundamental changes to economies, to society, and to families and put demands on limited planetary resources. In the end, anti-aging technologies may well be unsustainable, undesirable, and unwise. (For a more detailed discussion of the ethical issues surrounding anti-aging technology check out the book I cowrote with Kenneth Samples, Humans 2.0.)

Many people rightly recognize the ethical concerns surrounding applications of anti-aging therapies, but a growing number see these technologies in a different light. They view them as paving the way to an exciting and hopeful future. The increasingly real prospects of extending human life expectancy by disrupting the aging process or even reversing the effects of aging are the types of advances (along with breakthroughs in CRISPR gene editing and computer-brain interfaces) that fuel an intellectual movement called transhumanism.

This idea has long been on the fringes of respected academic thought, but recently transhumanism has propelled its way into the scientific, philosophical, and cultural mainstreams. Advocates of the transhumanist vision maintain that humanity has an obligation to use advances in biotechnology and bioengineering to correct our biological flaws—to augment our physical, intellectual, and psychological capabilities beyond our natural limits. Perhaps there are no greater biological limitations that human beings experience than those caused by aging bodies and the diseases associated with the aging process. 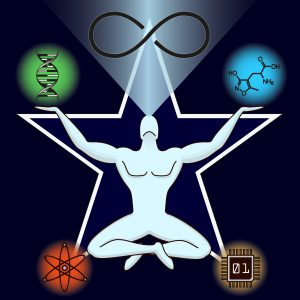 Transhumanists see science and technology as the means to alleviate pain and suffering and to promote human flourishing. They note, in the case of aging, the pain, suffering, and loss associated with senescence in human beings. But the biotechnology we need to fulfill the transhumanist vision is now within grasp.

Anti-Aging as a Source of Hope and Salvation?

Using science and technology to mitigate pain and suffering and to drive human progress is nothing new. But transhumanists desire more. They advocate that we should use advances in biotechnology and bioengineering for the self-directed evolution of our species. They seek to fulfill the grand vision of creating new and improved versions of human beings and ushering in a posthuman future. In effect, transhumanists desire to create a utopia of our own design.

In fact, many transhumanists go one step further, arguing that advances in gene editing, computer-brain interfaces, and anti-aging technologies could extend our life expectancy, perhaps even indefinitely, and allow us to attain a practical immortality. In this way, transhumanism displays its religious element. Here science and technology serve as the means for salvation.

But can transhumanism truly deliver on its promises of a utopian future and practical immortality?

In Humans 2.0, Kenneth Samples and I delineate a number of reasons why transhumanism is a false gospel, destined to disappoint, not fulfill, our desire for immortality and utopia. I won’t elaborate on those reasons here. But simply recognizing the many ethical concerns surrounding anti-aging technologies (and gene editing and computer-brain interfaces) highlights the real risks connected to pursuing a transhumanist future. If we don’t carefully consider these concerns, we might create a dystopian future, not a utopian world.

The mere risk of this type of unintended future should give us pause for thought about turning to science and technology for our salvation. As theologian Ronald Cole-Turner so aptly put it:

“We need to be aware that technology, precisely because of its beneficial power, can lead us to the erroneous notion that the only problems to which it is worth paying attention involve engineering. When we let this happen, we reduce human yearning for salvation to a mere desire for enhancement, a lesser salvation that we can control rather than the true salvation for which we must also wait.”2

How Can Christians Uphold the Law and Maintain Their Convictions?

Law and morality are distinct from one another. This difference is apparent when societies evaluate laws to see if they’re moral. Some laws are...

Evolution as Mythology, Part 4 (of 5): The Myth of Macroevolution

The last article discussed the mythlike characteristics of abiogenesis, a key component of the theory of evolution, that says living organisms appeared spontaneously from...
Evolution

How much trust can Christians-or anybody else-put in the findings of non-Christian scientists? Some believers say none, particularly on matters of origins.1 At first...
Philosophy & Ethics