First, a little background: According to its website, Is Genesis History? “is a fascinating new look at the biblical, historical, and scientific evidence for Creation and the Flood. Learn from more than a dozen scientists and scholars as they explore the world around us in light of Genesis.” Digging a little deeper, the people involved claim to provide “a positive case for creation in six normal days, a real Adam and Eve, a global flood, and a tower of Babel.”

We joined roughly 80 people at the theater for the one-night showing. Frequently, the audience responded with gasps and oohs as the documentary showed some of the truly remarkable aspects of creation—impressive geological formations, stunning images of the heavens, and amazing details about various creatures from the past and present. It came as no surprise to see how witnessing creation often draws people toward worship.

Shortly into the film, a sharp dividing line was drawn. According to the scientists, theologians, and philosophers interviewed, only two paradigms exist for viewing Earth’s history. Either the “historical Genesis paradigm” tells the history properly, or the “conventional paradigm” (the standard scientific account) does. However, the documentary defines the latter as “deep time” (a 14-billion-year-old universe and a 4.5-billion-year-old Earth) and “all the complexity of life [constructed] by strictly physical processes,” with no intelligent design involved. In contrast, the “historical Genesis paradigm” includes an explicit statement that the universe, Earth, and its great diversity of life were created in six 24-hour days.

This false dichotomy leaves out a great number of Christians (myself included) who see Genesis as history but think the Bible and creation point to a much longer timescale. (To his credit, Paul Nelson, who first articulates this distinction, wrote an article stating that the movie does not accurately represent his views and that the footage presents a false dichotomy.) I (and all of the RTB scholars) profess that Genesis is historical, that God supernaturally created the universe, that God performed the miracles described throughout Genesis 1, that Adam and Eve were specially created (and were the progenitors of all humanity), that the fall actually happened, and that God judged all humanity in the flood. Yet according to the documentary, because I think the earth is 4.5 billion years old, I do not see Genesis as historical.

To state the matter more directly, the false dichotomy presented in Is Genesis History? creates an unnecessary dividing line in the church, one that is harmful to unity in the body of Christ and hinders our witness.

When Is Genesis History? ended, our publicist, Anastasia Young, commented that the film seemed to make a good case to someone without a scientific background. I related to her perspective since many of the segments interviewed scientists in disciplines far outside mine (geology, paleontology, biology). As I listened to the stories they told about the Great Unconformity, the formation of fossil sites, and the discovery of soft tissue in dinosaur fossils, they sounded compelling. Often, I lacked the knowledge to counter the case they presented. However, these all seemed less credible after hearing an astronomer give the astronomical case for a young Earth. Astronomy is my area of expertise, and I quickly recognized the flaws in the story being told and know all the data presented fit quite comfortably in an old-earth perspective.

If you want to experience another compelling, one-sided story, watch some of the videos providing evidence for a flat Earth (like the short one on the left or the long one on the right). While all of these arguments have answers (and Earth really is spherical), they can sound convincing until you hear the other side of the story. These experiences remind me to heed the wise proverb: “The first to speak seems right, until someone comes forward and cross-examines.”

I think films like this provide a great opportunity to talk about Christianity and how it relates to science. If you would like more details on some of the relevant issues that Is Genesis History? raises, listen to the podcast that AJ Roberts, Anastasia Young, and I recorded after our trip to the theater.

The film closed with Del Tackett (creator of The Truth Project) looking out on a spectacular mountain vista. He comments on how God’s judgement in the flood (a worldwide cataclysm, in the movie’s view) formed all this scenery. Something about this statement sounds off to me. It seems to me that if the Grand Canyon, Yellowstone, and Yosemite were a result of God’s judgement, my first response should be a recognition of my sin. But far more often, I find myself in awe of God’s vast power, profound creativity, incredible beauty, and amazing concern for me. 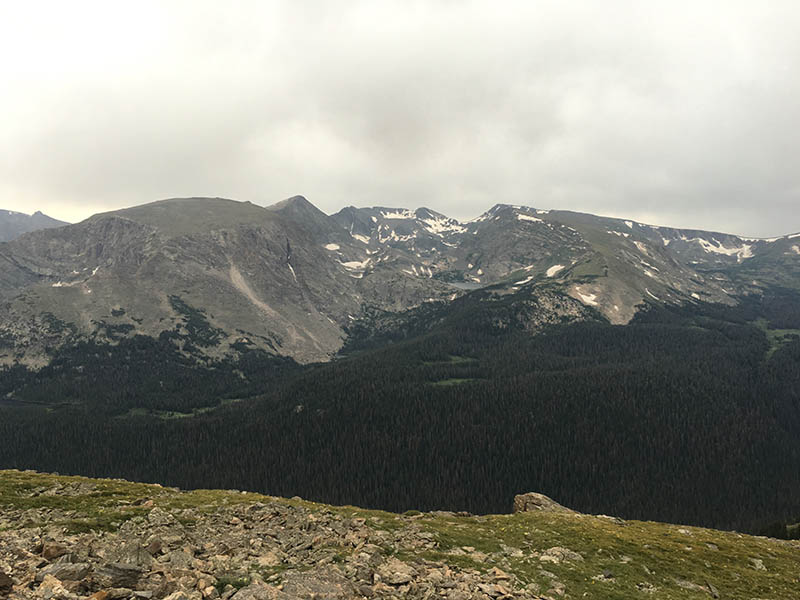 A Bacterial Protein (CRISPR/Cas9) Will Change Life on Earth

Recent scientific discoveries have opened an era where humans can alter the genetic make-up of any organism at will. Is this type of power...
Design

The proximity of Veterans Day made me think of the American flag and then, about stars. Astronomers like to think about the properties of...
Design

These two quotes by Thomas Edison highlight the difficulties in making a good idea work. A good idea comes to fruition only after much...
Design