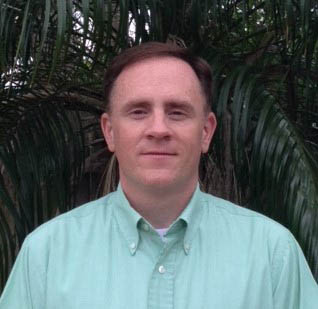 This week’s post comes from Brandon Reddell (BS in physics and petroleum engineering from the University of Texas at Austin, MS in applied physics from Johns Hopkins University, and PhD in physics from the University of Houston). Brandon is part of RTB’s apologetics community and serves as president of the RTB Houston, TX Chapter. He currently works in the space industry with a focus on space radiation environments and effects.

On August 24, 2016, the European Southern Observatory announced the discovery of a planet around our nearest star, Proxima Centauri. Six months later, NASA announced that they found a system of seven Earth-like planets around another very close star, TRAPPIST-1. Both of these planetary systems are connected with M-dwarf stars, which are small-mass and low-temperature stars that make up three-quarters of all main sequence stars. Together, this news gives us strong hope of finding life close to Earth—or does it?

Habitability on Exoplanets around M Dwarfs

The recent news of these exoplanet discoveries near our solar system created a wealth of excitement and seemed to back up the claims that there are 40 billion habitable planets in our galaxy.1 The optimism of a planet containing liquid water being so close to home is profound. It has already been pointed out that the liquid water habitable zone of a planet orbiting an M-dwarf star is close to the host star. This usually leads to tidal locking of the planet’s rotation, where one side of the planet always faces the star. Additionally, this level of proximity can lead to exposure to more intense ultraviolet (UV) radiation from the host star, a key process in space weather.

What Is Space Weather?

“Space weather” refers to the collection of phenomena experienced near a star. A host star emits a lot of energy, in various forms, that affects objects orbiting the star. It can cause ground effects (e.g., power outages), atmospheric effects (e.g., aurora, communications loss), and even equipment effects in spacecraft (e.g., charging and single-event effects). Two major components of space weather, solar flares and coronal mass ejections, can be very problematic for planets. Solar flares are primarily bursts of high-energy UV radiation. Coronal mass ejections (CMEs) are larger bursts containing material emitted from the star (primarily protons and electrons). For a planet without a magnetic field to deflect the CMEs, the intense bursts of radiation would erode the atmosphere and provide lethal doses of radiation. Solar flares, because they are mostly intense UV light, do not interact with the magnetic field but do interact with a planetary atmosphere. Solar flares are categorized by their intensity, with the most intense being X-class, often referred to as “XUV flares.”

A recent publication looked at space weather effects for M-dwarf exoplanets having any atmosphere that contains oxygen and nitrogen.2 According to the study, exoplanets around M dwarfs are expected to receive XUV fluxes up to 200 times more intense than fluxes seen on exoplanets around Sun-like stars. This increased flux of XUV radiation significantly ionizes the exoplanet atmosphere. Electrons escape to space because of their light mass. The resulting excess of positive charge creates a radial electric field that is very efficient at accelerating the oxygen and nitrogen ions off the planet. Given enough time, planets with mostly oxygen and nitrogen atmospheres can lose their whole atmosphere to this process. The study shows that Earth-like atmospheres on exoplanets of various sizes can be drained in tens to hundreds of millions of years, thus creating a very strong case against the habitability of these exoplanets. The same study estimates that Proxima Centauri b, with a similar atmosphere, will lose its atmosphere in only 10 million years. The authors conclude that the best candidates for truly habitable Earth-like planets reside around Sun-like stars with mild space weather conditions. This feature alone limits the possible candidate stars to less than 10 percent of all main sequence stars.

Implications for Life in the Universe

While this is exciting work that will help researchers understand the Earth-Sun connection, it reveals formidable constraints for any exoplanet truly capable of supporting life. The space weather conditions of M-dwarf stars greatly reduce the likelihood of finding exoplanets, while limitations of current and foreseen technologies place additional difficulties in detecting exoplanets around Sun-like stars. As more research and discovery continues, it is expected that additional constraints will be found. It is becoming increasingly difficult to find exoplanets with conditions similar to those of Earth, thus revealing the uniqueness of our home and pointing to the careful design and planning necessary to host life.

Physicists at Washington University in St. Louis have found more evidence for the design of Earth for life. They discovered a uranium isotope that...
Geology & Earth

When I first arrived in Pasadena for postdoctoral research at Caltech, the haze of Los Angeles smog was so thick that it was several...
Bible