Everybody has one. Whether they’re educated or uneducated, liberal or conservative, rich or poor, nonbelieving or God-fearing, all people act and live according to their particular worldview. Given its prevalence, it might be helpful to explain what exactly a worldview is. 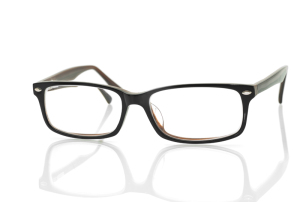 In the simplest terms, a worldview can be defined as how one sees life and the world at large. In this manner it can be compared to a pair of glasses.1 How a person makes sense of the world depends upon that person’s “vision,” so to speak. The interpretive “lens” helps people make sense of life and comprehend the world around them. Sometimes the lens brings clarity, but other times it can distort reality.

Derived from the German term Weltanschauung,2 the word “worldview” refers to the cluster of beliefs a person holds about the most significant concepts of life—such as God, the cosmos, knowledge, values, humanity, and history. These beliefs (which may be right or wrong or a combination thereof, much like the visual clarity or distortion given by glasses) form a big picture, a general outlook, or a grand perspective on life and the world.

In more technical terms, a worldview forms a mental structure that organizes one’s basic or ultimate beliefs. This framework supplies a comprehensive view of what a person considers real, true, rational, good, valuable, and beautiful. In this vein, philosopher Ronald Nash defines a worldview as “a conceptual scheme by which we consciously or unconsciously place or fit everything we believe and by which we interpret and judge reality.”3

Similarly, philosophers Norman Geisler and William Watkins describe a worldview as “an interpretive framework through which or by which one makes sense out of the data of life and the world.”4 Worldview perspectives involve much more than merely sets of intellectual beliefs, but a basic conceptual system is critical. Rather than a disconnected or disparate group of unrelated beliefs, a carefully examined and reflective worldview consists of a network of interconnected ideas that form a unified whole.

This system of beliefs then responds to the big questions of life, focusing on issues central to human concern. These issues especially include thoughts about the human predicament: Why is man the way he is? Why does he face the challenges he does? Such questions explore how human beings derive meaning, purpose, and significance.

Philosopher Michael Palmer explains: “Through our worldview, we determine priorities, explain our relationship to God and fellow human beings, assess the meaning of events, and justify our actions.”5 A person’s worldview provides a general context for life, including a vision of what one considers authentically real.6 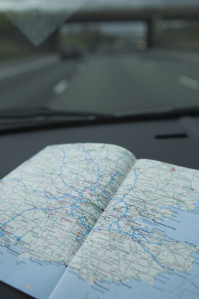 and generally directs a person’s entire life. Because people behave as they believe, their worldviews guide the development of the values that inform their decisions and actions.

Living a well-balanced life based on realistic values requires thinking about basic and critical questions. When a worldview attempts to answer them, it functions like a chart or plan used to navigate through the journey of life (though potential flaws in the plans must be kept in mind). A worldview can be seen as a “road map” that supplies directions that guide a person’s life decisions.

Therefore, a well-thought-out course or worldview needs to answer twelve ultimate concerns that philosophers identify as “the big questions of life.”7

The answers given to these inquiries not only provide focus and purpose in life, but they can also (as a system) be tested for logical coherence, correspondence to reality, explanatory power and scope, and internal and external livability.

Disney’s TRON Legacy opens in theaters today. It’s been 28 years since the original debuted. For its time, TRON was an astounding breakthrough in...
Worldviews

Reflective Thinking: The War on Terror

Because my philosophy studies have taught me to value reflective thinking, I deliberately make time to think clearly and carefully as I can about...
Worldviews

The unexpected Saturday morning knock on the door sometimes engenders mild irritation, sometimes anxiety. What should I say to the well-mannered, well-groomed, youthful “elders”...
Worldviews