Negotiating traffic on Southern California freeways is tricky. Not long ago, I witnessed a collision of several cars in my rearview mirror—if I had gotten on that freeway anywhere from a few seconds earlier to an hour later, I either could have been involved in the collision or delayed for my appointment. Just like I “happened to be” in a safe time window on the freeway, so astronomers have discovered that humanity lives in a safe time window for global high-technology civilization. We are residing at the optimal supernova moment.

A supernova is a stellar explosion that, for a few months, can outshine an entire galaxy (see figure). Supernovae are crucial for life—they generate many heavy elements, some essential just for life to exist and others essential for sustaining our technological civilization—but it is possible to have too much of a good thing.

Supernovae frequency influences the amount of radiation damage Earth and its life-forms sustain. Complex organisms suffer greater radiation damage from such eruptions—hence, one reason life history manifests gradual progress from simple and microscopic to complex and macroscopic to high-metabolism and large-bodied and, last of all, to human beings. Fortunately, over the past 4 billion years, the Milky Way Galaxy’s (MWG) rate of supernova explosions has subsided gradually. As it is, the present rate of supernova eruptions in the solar system’s vicinity is just low enough for humans to thrive and sustain civilization.

Proximity of supernova explosions also impacts life. For example, 2 million years ago the solar system passed within 130 light-years of the Scorpius-Centaurus association of giant stars.1 Deep ocean crust samples reveal an excess of iron-60 (the signature of a supernova explosion) that also dates to 2 million years ago, as does the most recent marine extinction event.2 In the last 300,000 years at least 23 supernovae have exploded within 980 light-years of Earth.3 Four of these erupted between 22,000–44,000 years ago at distances ranging from 360 to 820 light-years (see table 1).4

Humanity, however, has experienced an amazing stroke of “good fortune.” Throughout the historical era no supernovae have erupted closer than 1,500 light-years (see table 2).5 At such a distance the cosmic rays emanating from these explosions pose no threat to Earth’s ozone shield or its stable climate (both critical requirements for intensive agriculture) or to human health.

Ancient astronomers recorded much dimmer astronomical phenomena, such as novae and comets, from 3000 BC to AD 1000. Therefore, with considerable confidence historians conclude that no nearby supernovae occurred during this time span.

If they occurred today, supernovae as near as the ones recorded in table 2 could conceivably damage satellite electronics. However, astronomers have demonstrated that throughout the past 344 years no supernovae have erupted within 10,000 light-years of Earth (good news for cell phone users). This lack of supernovae is all the more remarkable given that for MWG analogs the supernova rate is at least three per century.6

Psalm 147 tells us that God “determines the number of the stars and calls them each by name.” Evidently, He has also designed the MWG so that the just-right stars at the just-right times reside in the just-right locations within the vicinity of our solar system. Thanks to God’s meticulous control of the supernova rate within our galactic vicinity, we have enjoyed all the resources needed to propel human civilization. We also have the presently safe galactic environment in which we can enjoy civilization and use it to take God’s redemptive offer to every nation, tribe, language, and people group (Revelation 7:9). 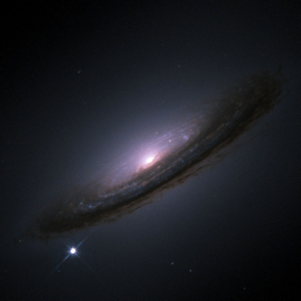 A dark matter-related problem noticed in elliptical galaxies has been resolved by recent theoretical work, strengthening the case for RTB’s cosmic creation model. As...
Astronomy

Are We Random Boltzmann Brains?