If synthetic biologists succeed in creating synthetic life, does this accomplishment prove the theory of naturalistic evolution—that life arose via undirected random processes? Does it make humans like God? The answers to these questions might be found in the creation of humankind in the image of God (imago Dei in Latin).

The Bible says that “God created man in His own image” (Genesis 1:27, NASB), but what does it mean to be created in the image of God? A clue is found in the next verse: “God blessed them; and God said to them, ‘Be fruitful and multiply, and fill the earth, and subdue it; and rule over the fish of the sea and over the birds of the sky and over every living thing that moves on the earth’” (Genesis 1:28, NASB). We have argued elsewhere that a logical interpretation of Genesis 1:28 is that men and women are formed in the image of God to continue God’s work of bringing order out of chaos.

Humans are the only life-forms on Earth who have the ability to understand and experiment in science. Science has made agriculture much more productive than in biblical times and has developed electricity and machinery, which have vastly improved our quality of life. We believe that this is part of subduing and ruling creation and, thus, is a manifestation of the image of God.

But do we ever become like God? Consider the practice of medicine. Prayer acknowledges our dependence upon God for our lives; but according to James, prayer is also a prescription for healing: “Is anyone among you sick? Then he must call for the elders of the church and they are to pray over him, anointing him with oil in the name of the Lord” (James 5:14, NASB). In fact, some modern statistical studies—admittedly not peer-reviewed, but using standard scientific methodology—have indicated that patients who are prayed over experience better healing and/or fewer complications than patients who are not.1

Yet throughout history, humans have also benefitted from medical science. Ancient healers crafted natural remedies, and modern physics and chemistry have developed diagnostic scanners and pharmaceuticals to address a variety of medical issues. Such improvements in medical science have alleviated human suffering and extended human life. But does that make us like God? Such advances have not created anything conceptually new and do not lessen humankind’s dependence on God. Instead, humans are acting as God’s image bearers when we make things better. As the old DuPont advertising slogan stated: “Better things for better living…through chemistry.”

But consider in vitro fertilization. This process has been a boon for couples who have been unable to produce children the natural way. But is this an example of science creating life? Life is not really being created; instead, we are only creating an environment in which God’s natural processes toward life can proceed. Humans might be acting godlike, but humans are not being like God.2

That brings us to the question of artificial life. One of the biggest obstacles to the naturalistic creation model is its theory for the origin of life. The earliest life-forms appeared quite soon (in geological time) after the formation of Earth. Probability calculations suggest spontaneous generation of life via random natural processes is virtually impossible within the time frame allowed.3

Synthetic biologists are striving to create synthetic life. Based on a detailed review of their progress in 2011, biochemist Fazale Rana says it is “just a matter of time” before they succeed in creating a “minimal life-form,” and he speculates that thereafter “new life-forms will soon become ‘old hat.’”4 Supporters of naturalistic evolution are elated about this progress because they seem to believe artificial life will prove their explanation of the origin of life.

But they are wrong—such an accomplishment says nothing about naturalistic evolution. If and when artificial life is created, it will be made possible only by teams of experienced and creative scientists with sophisticated equipment. Rana summarizes: “Only by deliberate effort, inordinate ingenuity, and astonishing skill can synthetic biologists even begin the process of making artificial life. Their work empirically demonstrates that even the simplest life-form cannot arise without the involvement of an intelligent agent.”5

The notable work of synthetic biologists is simply a derivative of God’s work. Once again, although scientists may be acting godlike, they are not being like God:

Furthermore, if science succeeds in creating artificial life, it will actually provide further proof of the implausibility that life could have emerged spontaneously via random natural processes. The creation of life still seems to require an intelligent agent. The probabilities of naturalistic evolution remain vanishingly small, and the summary analysis of astrophysicist Sir Fred Hoyle seems just as true today as it was in 1982:

If there were some deep principle that drove organic systems towards living systems, the operation of the principle should easily be demonstrable in a test tube in half a morning. Needless to say, no such demonstration has ever been given. Nothing happens when organic materials are subjected to the usual prescription of showers of electrical sparks or drenched in ultraviolet light, except the eventual production of a tarry sludge.6

We believe the intelligent agent who created life on Earth is the Judeo-Christian God. This is a faith statement, but it seems more plausible than naturalistic evolution. As synthetic biologists attempt to create artificial life, we believe they will merely scratch the surface in discerning the natural processes that God might have used to bring about the hypernatural miracle of life.

[Editor’s note: Adjustments were made to this article on October 29, 2015. In response to reader feedback, we’ve clarified that the sources cited in note 1 are not peer-reviewed and have amended our statements regarding in vitro ferlization.] 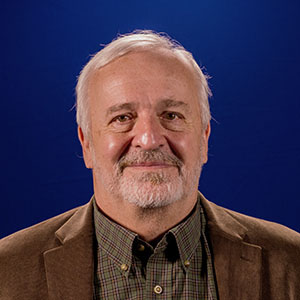 Mr. Daniel J. Dyke received his Master of Theology from Princeton Theological Seminary in 1981 and currently serves as a professor of Old Testament at Cincinnati Christian University in Cincinnati, OH.

Dr. Hugh Henry received his PhD in physics from the University of Virginia in 1971, retired after 26 years at Varian Medical Systems, and currently serves as lecturer in physics at Northern Kentucky University in Highland Heights, KY.

Many migrating birds fly all night long. Some fly nonstop across huge ecological barriers like the Gulf of Mexico. For decades, biologists have wondered...
Design

Whale Ankles- No Support for Neodarwinism

Proponents of gradualism often trot out so-called “transitional” whale fossils as evidence supporting their view.1, 2 In my book, The Genesis Question, I explain...
Biology

Scientists have recognized for some time that the rotation rate of a planet must be fine-tuned to make advanced life on that planet possible.
Design