lf one believes unequivocally that God created our universe, why would one even consider, no less research and study, scientific explanations for the origins of the universe or alternative ideas such as its not having a beginning?

Science is possible only because our universe is an orderly place governed by natural laws, which—when properly understood—are predictive and reproducible. This understanding of the universe had its genesis in the Judeo-Christian Scriptures, as can be seen by contrasting the early pagan worldview with the Judeo-Christian worldview.

The early pagans, including the Greeks and Romans, believed the world was ruled by irrational gods with human characteristics like spite and jealousy. Some cultures even believed there was a demigod associated with every rock and tree. Such a world was a terrifying place; people felt they had to pray or sacrifice continually to appease capricious deities. Although Aristotle is credited with the first systematic formulation of science, he did not tempt nature; he “didn’t do silly experiments, but proved truth with impeccable logic.”1 Yet Aristotle’s logic failed to pass muster when the scientific method based on experimentation was developed; and we do not believe it was an accident that this development coincided with the Protestant Reformation.

Some psychologists claim humans have a “science-fostering intelligence,”2 an innate curiosity about the world around them. If so, its first evidence was in the Garden of Eden, when God awakened Adam’s curiosity by bringing animals to him and instructing him to name them (Genesis 2:19–20, NASB).

But the essence of your question is why would a Christian—a person who believes in a personal creator-God who “works for the good of those who love him” (Romans 8:28, NIV)—bother to investigate the natural world? The answer may be found in Genesis 1:27–28 (NASB):

God created man in His own image…male and female He created them….And God said to them, “Be fruitful and multiply, and fill the earth, and subdue it; and rule over…every living thing that moves on the earth.”

God designed humans to be His agents on Earth by acting on His behalf to make a “very good” world better. Those who believe in the Judeo-Christian God pursue science—including cosmology—to learn more about our creator-God and to follow his command to make the world a better place. Among countless examples, Jesuit priest and scientist Georges Lemaître (1894–1966) first proposed the expansion of the universe, which validated the biblical description of the cosmos (see Isaiah 40:22) and was key to big bang cosmology. And it was a devout Christian, Michael Faraday (1791–1867), who doggedly pursued the discovery of electromagnetism guided by Romans 1:20 (NIV):3

For since the creation of the world God’s invisible qualities—his eternal power and divine nature—have been clearly seen, being understood from what has been made.

We believe secular scientists follow this same innate, God-given desire—even though they may not recognize its source. 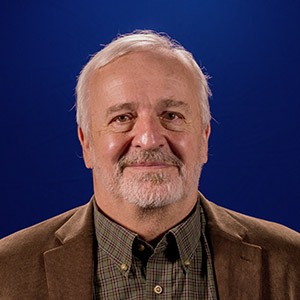 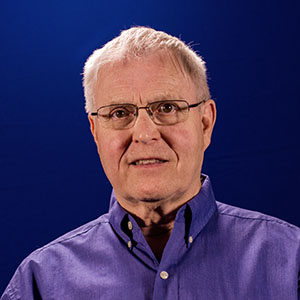 Dr. Hugh Henry received his PhD in Physics from the University of Virginia in 1971, retired after 26 years at Varian Medical Systems, and currently serves as Lecturer in physics at Northern Kentucky University in Highland Heights, KY.

What Inspires Your Belief in God?

In the late 1990s, skeptic Michael Shermer and sociologist Frank Sulloway surveyed a number of people about their religious belief. When asked why they...
Creation Model

What Does Animal Altruism Tell Us about God?

Genesis 1 singles out the nephesh animals for their distinction from previously existing creatures. The Hebrew word nephesh is best translated as “soulish animal.”...
Biology

Biblical Evidence for an Old Earth: Ham vs. Zweerink Follow-Up

On September 25, 2019, Justin Brierley’s Unbelievable? show posted a video where Answers in Genesis founder Ken Ham and I discussed our different views...
Bible