New work by an international team of archeologists provides fresh evidence that modern humans with capacity for symbolic thought occupied coastal caves in South Africa about 70,000 years ago. This discovery means that the appearance of symbolic behavior among modern humans showed up nearly 30,000 years earlier than previously believed. It also places the emergence of modern humans and their behavior closer together and helps to resolve an inconsistency in the RTB model for human origins.

One of the things I enjoyed most while visiting London a few years ago was moving throughout the city on the Underground. Particularly amusing to me were the famous loudspeaker announcements and frequently posted signs reminding passengers to “mind the gap.” In other words, be careful to not get your foot caught in the opening between the subway car and the platform when boarding or disembarking. 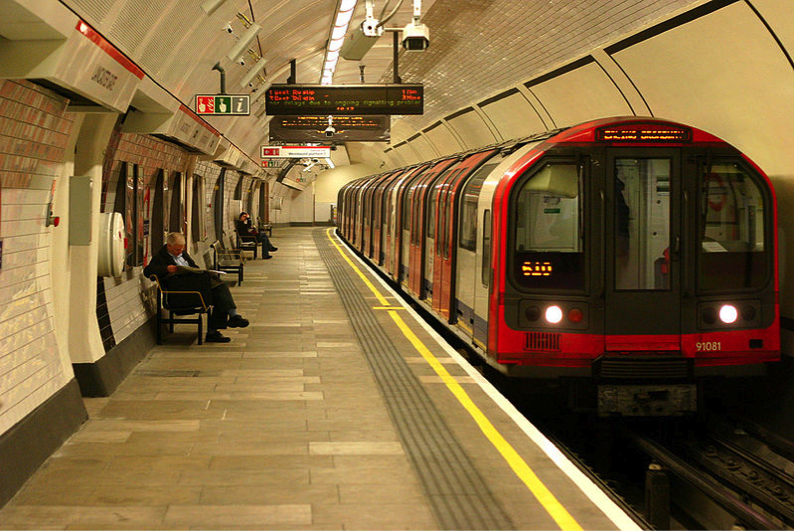 There is another gap that I have had to mind in recent years: the discrepancy between the time when modern humans first appear (based on genetic and fossil data) and when symbolic capability first emerges. But a recent characterization of archeological artifacts from a cave in South Africa (the Pinnacle Point site) may close the gap significantly—and in doing so helps to address a quandary for the RTB model for human origins.1

Molecular clock analyses of Mt DNA and Y Chromosomal DNA sequences place the origin of humanity around 130,000 years ago in East Africa.2 Based on the fragmentary fossil record, it appears as if the modern human form emerges around 100,000 years ago. Genetic diversity data also indicates that humanity arose from a small population traceable to a single man and single woman, in line with the biblical creation account. Yet, based on the archeological record, modern humans’ sophisticated behavior apparently did not manifest until around 40,000-50,000 years ago. In other words, there seems to be a gap of 50,000 years between the emergence of the modern human formand modern human behavior.

As discussed in my book (written in 2005 with Hugh Ross) Who Was Adam?, numerous cave sites in France, Spain, and Germany contain archeological remains that indicate the first modern humans in Europe possessed advanced cognitive capabilities and the capacity for symbolic representation. Some of these sites date close to 40,000 years in age. Presumably, modern humans carried this capability with them as they migrated into Europe, because archeological sites in Asia and Australia that date to 40,000–50,000 years in age also reveal that the first modern humans in these regions possessed symbolic capabilities.

New Archeological Finds in South Africa
Over the last decade, archeologists have uncovered a number of artifacts from several cave sites (Blombos, Sibudu, Pinnacle Point, and Diepkloof Rock Shelter) along the South African coast that reflect the activities of humans with the capacity for symbolism. The finds at these sites include: red ocher with engravings, engraved ostrich eggs, jewelry beads, heat- and pressure-treated stones (which allows for easier flaking), use of adhesives, and bedding made from evergreens with insect-repellent properties. Research reveals that the human occupants would periodically burn the bedding material.3

These sites, through luminescence dating techniques, all date between 70,000 to 80,000 years in age. In Who Was Adam?, I point out that these techniques can suffer from inaccuracies. Yet, given the number of sites that independently date to 70,000+ years, it seems that the luminescent dates for the artifacts are reasonably accurate.

Recent work by an international team of archeologists bolsters the case for concurrent human symbolic capability and coastal cave occupation in South Africa between 71,000 and 55,000 years ago.4 Investigators uncovered a new site at Pinnacle Peak that yielded 27 tiny blades (called microliths). The blades were produced from a special mineral called silcrete that was heat-treated. This process makes it easier to shape silcrete into a microlith. The blades were blunted on one end so they could be slotted into the carved ends of wood or bone to fabricate arrow-like projectiles.

Given the complexity of the manufacturing process for the microliths, the Pinnacle Peak researchers contend that the humans who occupied the cave site possessed advanced cognitive ability and symbolic capabilities.

By carefully dating the layers containing the microliths, the researchers demonstrated that these artifacts were produced continuously over the span of 11,000 years. Such continuity further supports the contention that the manufacturers of the blades employed symbolism, because they would have had to pass on knowledge of the manufacturing process, which requires abstract thinking and language capabilities.

Closing the Gap
The cave sites in South Africa indicate that humans displayed advanced cognitive abilities almost 30,000 years earlier than previously thought. This recognition “minds the gap” by placing the emergence of symbolic behavior much closer to the time that anatomically modern humans first appeared and is more consistent with the predictions of RTB’s model. Given the patchiness of the archeological record, it is not unreasonable to think that the appearance of sophisticated human behavior coincided with our creation.

How Do We Pursue Sanctification amid a Sinful World?

“We are all fallen creatures and all very hard to live with.”1 —C. S. Lewis
Theology

A Response to Refuting Compromise by Hugh Ross

Many times since 2004, when young-earth creationist Jonathan Sarfati published his book Refuting Compromise: A Biblical and Scientific Refutation of ‘Progressive Creationism’ (Billions of Years)...