This post wraps up my three-part review of atheist Sam Harris’ new book, The Moral Landscape: How Science Can Determine Human Values. (See part 1 and part 2 for the entire review.)

Although The Moral Landscape devotes an entire chapter to religion, Harris doesn’t restrict his disdain of religion to just this one chapter. Throughout the book, he provides a world of extremes, nearly always deriving examples of evil from religious extremism. His ultimate goal, it seems, is to promote the idea that all religion leads to evil behavior automatically. Not once does Harris mention any of the good things accomplished by people who believe in God and His calling to such benevolence. Harris implies that his slanted view of religion is not inaccurate, saying, “It is often said that we caricature religion, taking its most extreme forms to represent the whole. We do no such thing.”1 In reality, this is exactly what Harris does throughout the book. One merely needs to turn randomly to almost any page to find such examples.

In his chapter on religion, Harris tries to tie evolutionary theory to the existence of religion-based moral belief. On sexuality, he claims it is in the best interests of both males and females that couples remain faithful to each other. However, he is forced to admit that “evolution should actually favor indiscriminate heterosexual activity on the part of men, as long as these scoundrels can avoid squandering their resources in ways that imperil the reproductive success of their offspring.”2 Other evolutionary reasons given for the existence of religion include the fostering of xenophobia, which Harris says “may have offered some protection against infectious illness: for to the degree that religion divides people, it would inhibit the spread of novel pathogens.”3

The book includes an interesting section on religious belief and brain functioning. It seems that belief or disbelief in religious versus secular statements elicits similar neurological responses in both religious and non-religious people,4 suggesting that people really do believe what they say they believe. From these studies, it would seem that science would never be able to determine truth simply from examining what people believe to be true.

Harris saves his most vitriolic attack for scientists who believe in God’s existence. “The fact that some scientists do not detect any problem with religious faith merely proves that a juxtaposition of good ideas and bad ones is possible.”5 Then he devotes 15 pages to a critique against Francis Collins, director of the National Institutes of Health (NIH) and an outspoken Christian. Harris implies that Collins shouldn’t be the director of NIH because of his Christian views. “Is there a chance,” Harris writes, “that Collins would be running the NIH if he were an outspoken polytheist?”

Instead of providing any evidence that science can consistently provide the best moral answer, Harris repeats standard atheistic myths, including that the Roman Catholic Church’s policy against condom use is responsible for the spread of HIV, when, in reality, HIV infection rates are lower in Roman Catholic countries.6 Harris never attempts to examine the difficult moral issues like abortion and euthanasia from a scientific viewpoint. Rather he picks only easy moral topics (focusing on Muslim extremists and wacky Christians).

Harris doesn’t believe any kind of spiritual realm exists, but cites an interesting example of such beliefs in the Dobu islanders. According to anthropologist Ruth Benedict, “Life in Dobu fosters extreme forms of animosity and malignancy which most societies have minimized by their institutions. Dobuan institutions, on the other hand, exalt them to a high degree.”7 The Dobu practice sorcery and cast spells, which they pass down from generation to generation. A good crop was attributed to either sorcery or theft. Harris attributes such malevolent societies to ignorance and obsession (mental illness?).

A Christian would attribute such evil to spiritual darkness. The Dobu do not merely have an ignorance issue, but a spiritual issue, as well. Other societies have experienced these kinds of problems, but conquered them, not through education, but through the transforming power of Jesus Christ (see Eternity in Their Hearts). For example, a recent study8 examined the generosity of different primitive tribes that were either engaged or not engaged in trading. There was a high correlation between generosity and learned trading behavior. However, there were two striking outliers—the non-trading Au and the Sursurunga tribes of Papua New Guinea. The article itself did not state a reason for the unexpected generosity of these groups. However, a 95-page supplement from the study stated that 100 percent of the members of both tribes were evangelical Protestants. So, this is the most likely reason for their generosity—they had been transformed into generous individuals through the power of Jesus Christ.

Contrary to The Moral Landscape’s subtitle, Harris doesn’t demonstrate how science could be used to determine moral values. Instead, he refers constantly to possible future scientific research that might aid in such a determination. The Moral Landscape is brimming with liberal political ideology, which seems to be Harris’ substitute for the failure of science to provide definitive answers to moral questions. 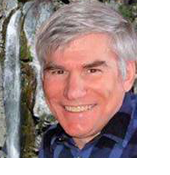 In the Habitable Zone But With No Water

Planets around M dwarf stars have generated a lot of interest lately—especially with the recent discovery of an earth-mass planet in the region where...
Human Origins & Anthropology

Comets inspire a sense of awe in most people. I remember vividly witnessing the comet Hyakutake (pictured below on the left with comet Hale-Bopp...
Creation Model

We all experience mood variation, to one degree or another, and that makes life interesting. But for those who experience frequent, extreme mood cycles,...