When scientists experience “mystical moments,” such breakthroughs usually occur when a scientist discovers something remarkable about the physical world. However, some scientists attest to a different kind of mystical (aha) moment that involves the natural, elegant interplay among the human mind, mathematics, computation, and complex instruments. How do we account for this mystical connection? Can naturalism explain it, or is it more consistent with Christianity?

One Scientist’s Mystical Moment
Frank Wilczek is an American theoretical physicist and Nobel Prize winner. His expertise is in particle physics and quantum field theory—research that is as much mathematical as it is physical. He recently wrote an article where he described “My Mystical Moment” while looking at a huge particle detector used in verifying his mathematical theories.

The mystical moment came while I was visiting Brookhaven National Laboratory. . . . I wound up alone, standing on a jerry-rigged observation platform above a haphazard mess of magnets, cables, and panels. . . . And then it happened. It came to me, viscerally, that the intricate calculations I’d done using pen and paper (and wastebasket) might somehow describe this entirely different realm of existence—namely, a physical world of particles, tracks, and electronic signals, created by the kind of machinery I was looking at. There was no need to choose, as philosophers often struggled to do, between mind or matter. It was mind and matter. How could that be? Why should it be? Yet I somehow, I suddenly knew that it could be so, and should be so (emphasis added).

How did Wilczek’s paper and pencil scribblings have any connections to the unbelievably complex mass of heavy equipment that make up the accelerator ring and detectors of a particle collider, and the data that the huge contraption produced?

While on a short-term work assignment at Fermi National Lab near Chicago, I was given a personal tour of their CDF detector. I was overwhelmed by the massive three-story structure. Yet that huge machinery somehow reflected the mathematical theories that came out of the minds of a group of humans and from the numbers plugged into their mathematical equations and cranked through their computer algorithms. This process—the interplay of mind, mathematics, numerical computation, and experimental machinery—is a mystical feedback loop that lies at the heart of science and propels the accumulation of knowledge. 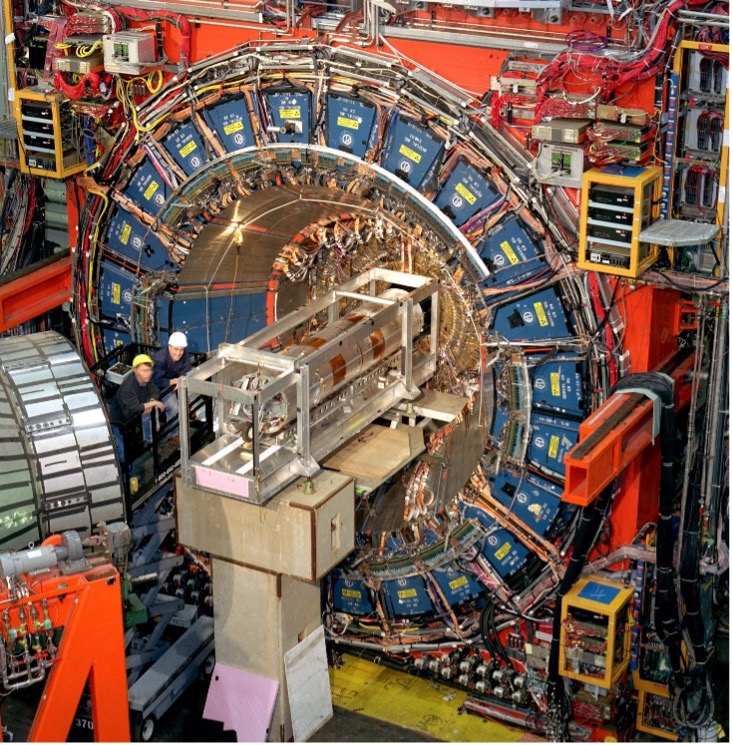 Mathematical Abstractions, Numerical Computation, Mind, and the Physical World
What is the connection between the components of that mechanism, and why and how does it all work to produce useful knowledge? The equations of mathematical physics, as remarkable as they are, are only part of the story. Numbers, mathematical tools, algorithms, and computations play an equally important role.

In his book Pi in the Sky,1 mathematical physicist John Barrow relates the long and tortuous path through human history that resulted in the development of the number systems we use today: the cardinal numbers (1, 2, 3, 4, . . .), the invention of zero and negative numbers, the set of integers, rational numbers, prime numbers, irrational numbers (√2), transcendental numbers (∏), complex numbers (¡=√−1), and so on. The study of number theory is perhaps the purest form of pure mathematics, yet it is essential.

In a famous lecture to his colleagues, physicist Richard Feynman, duly impressed with the indispensable set of numbers that were his tools, systematically explained how they arise “from the power of the process of abstraction and generalization.”2 Do these number systems exist objectively in some Platonic realm? Are they just useful inventions of the human mind? Such questions have led to endless arguments. Nevertheless, scientific discovery would not occur without them.

Then there are the mathematical tools, such as calculus and its solution methods. The calculus came about through a contentious process dating back to the ancient Greeks and being rigorously completed by the nineteenth century.3 Finally, there are algorithms4 and computing machines that bring life to the equations of physics and produce numbers that describe our world. Why does it all work and why do we believe its results? That is the mystery that Frank Wilczek pondered.

Humans’ Unique Ability to Discern Truth and Understand the Universe
Physicist Paul Davies finds it remarkable that “the physics of the Universe is extremely special, inasmuch as it is both simple and comprehensible to the human mind” (emphasis original).5 In addition, the mathematics and algorithms are comprehensible and computable, and the results give us understanding of the physical realm.  However, our ability to perceive these truths does not necessarily come from rational, logical, or programmable thought processes. There are some truths that we just innately come to know.

Philosopher Kenneth Samples has identified a set of truths that cannot be verified algorithmically or scientifically: logical truths, metaphysical truths, and objective moral truths.6 Some truths must simply be accepted to be able to do science at all. John Barrow describes physicist Roger Penrose’s view:

An interesting case study to consider is the widely publicized claim of Roger Penrose that human thinking is intrinsically non-algorithmic . . . It amounts to the claim that the process by which mathematicians “see” that a theorem is true, or a proof is valid, cannot itself be a mathematical theorem . . . Penrose concludes . . . that human mathematicians are not using a knowably sound algorithm to ascertain mathematical truth.7 (emphasis original)

In addition, astrophysicist Jeff Zweerink shows how we sometimes rely on intuitive and nonrational thinking to arrive at creative solutions, and he recounts his own experience in doing so.8 From these considerations, we arrive at this conclusion: Humans can discern the truth of a variety of abstract ideas without employing the tools of logic, formal mathematics, or even rational reasoning.

The Only Plausible Explanation: Humans Were Made in the Image of God
During my years as a student at the University of Texas at Austin, I must have walked past the main building more than a hundred times. Very prominently across the facade is the phrase: “Ye Shall Know the Truth and the Truth Shall Make You Free.” Occasionally I would marvel that this promise from Jesus in John’s gospel is thought to have meaning to the overwhelmingly secular culture on campus. Yet, some innate ability to discern truth is necessary for the accumulation of knowledge. However, the ontology (the nature of being) of materialistic naturalism, if truly believed, would lead down into a skeptical abyss. What’s the knowledge potential of a brain that’s the result of incremental and undirected evolution and is located on an arbitrary branch of the evolutionary tree, not far from that of a monkey? 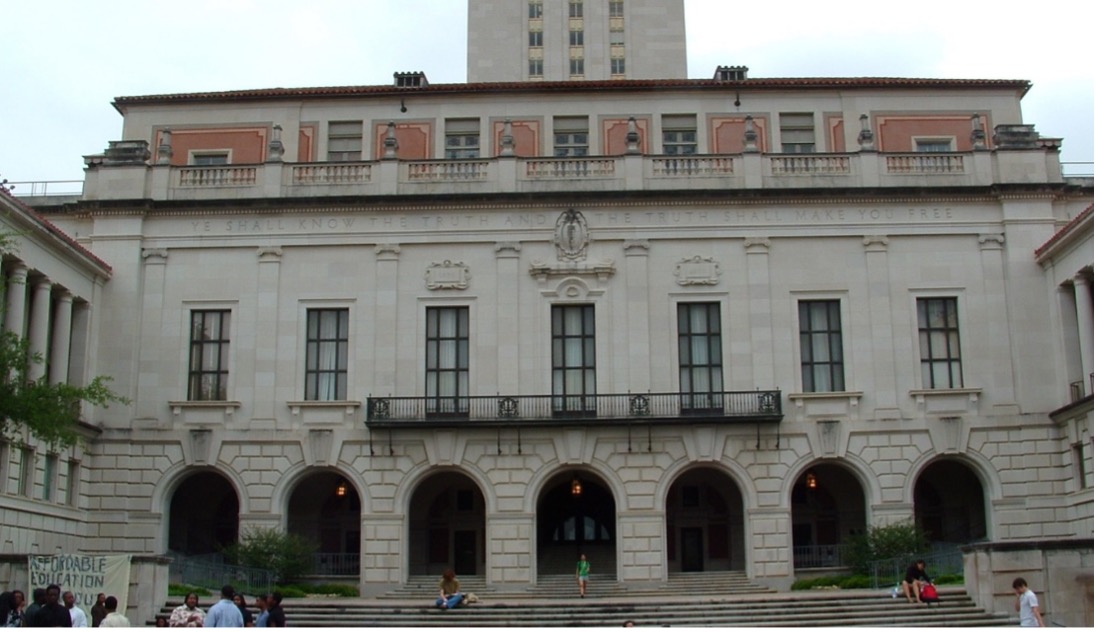 Figure 3: The Main Building of the University of Texas at Austin
Image Credit: Otis Graf

What gave that “human animal” the mind and ability to merge the laws of nature with mathematics, numbers, and computation to form a deep understanding of the physical world? There is no preferred direction or outcome in evolutionary biology, yet that process (supposedly) produced that remarkable achievement. Materialistic naturalism has no plausible explanation. The Bible has the explanation and even secular scientists—while denying God’s existence—must adopt elements of a biblical worldview to do their creative work of discovery.

Have the Real God Particles Been Found? Part 2 (of 4)

Exciting developments in astronomy and particle physics appear to provide probable, though not yet positive, evidence for the existence of sterile neutrinos and axions...
Physics & Mathematics

In Monday’s post, we saw how God could have used the Higgs mechanism to help power the creation event—but the Higgs might also provide...
Physics & Mathematics

The Higgs Boson: Discovered or Nonexistent?

Scientists have finally discovered the Higgs boson—or have they?
Physics & Mathematics