Perhaps the most memorable
lines in
The Rime of the Ancient Mariner are “Water, water, everywhere, nor any drop to drink.”
1 Seawater won’t help sailors in peril, but a new scientific discovery adds yet more evidence to
how remarkably designed planet Earth is to allow us to have water to drink and to use to sustain our
civilization.

Water is the third most abundant molecule in the universe—right after H
2 and H
3. In a certain respect, the universe is soaking wet.

Two distinct events caused Earth to lose nearly all its primordial water. The first was the birth of the
solar system in a giant dense cluster of stars. In the solar system’s birth cluster, Earth was blasted
by
aluminum-26 and other short-lived radiometric isotopes radiated by nearby supernova eruption events.
Intense heat released from the radioactive decay of these radioisotopes
drove off most of Earth’s initial atmosphere and water ocean.
3 The second event was the collision between the primordial Earth and another solar system planet,
Theia, that
resulted in the formation of the Moon.
4

Characteristics of the Moon-Forming Colliders

For the past several years, planetary astronomers who specialize in Moon-formation research have been
debating the relative sources of Earth’s present supply of surface water. Some have claimed that the
collision between primordial Earth and Theia was so violent that Earth lost 100 percent of its primordial
atmosphere and surface water (see figure 1). In these Moon-formation models, Earth’s present water
came predominantly from a late veneer (late accretion of asteroidal or cometary material to terrestrial
planets) of remaining
planetesimals, comets, and asteroids that peaked about 50–100 million years after the Moon-forming
event.
5 Other astronomers have
pointed to measurements indicating that the total mass of late veneer objects in the solar system
was only about 0.1 percent of Earth’s mass.
6 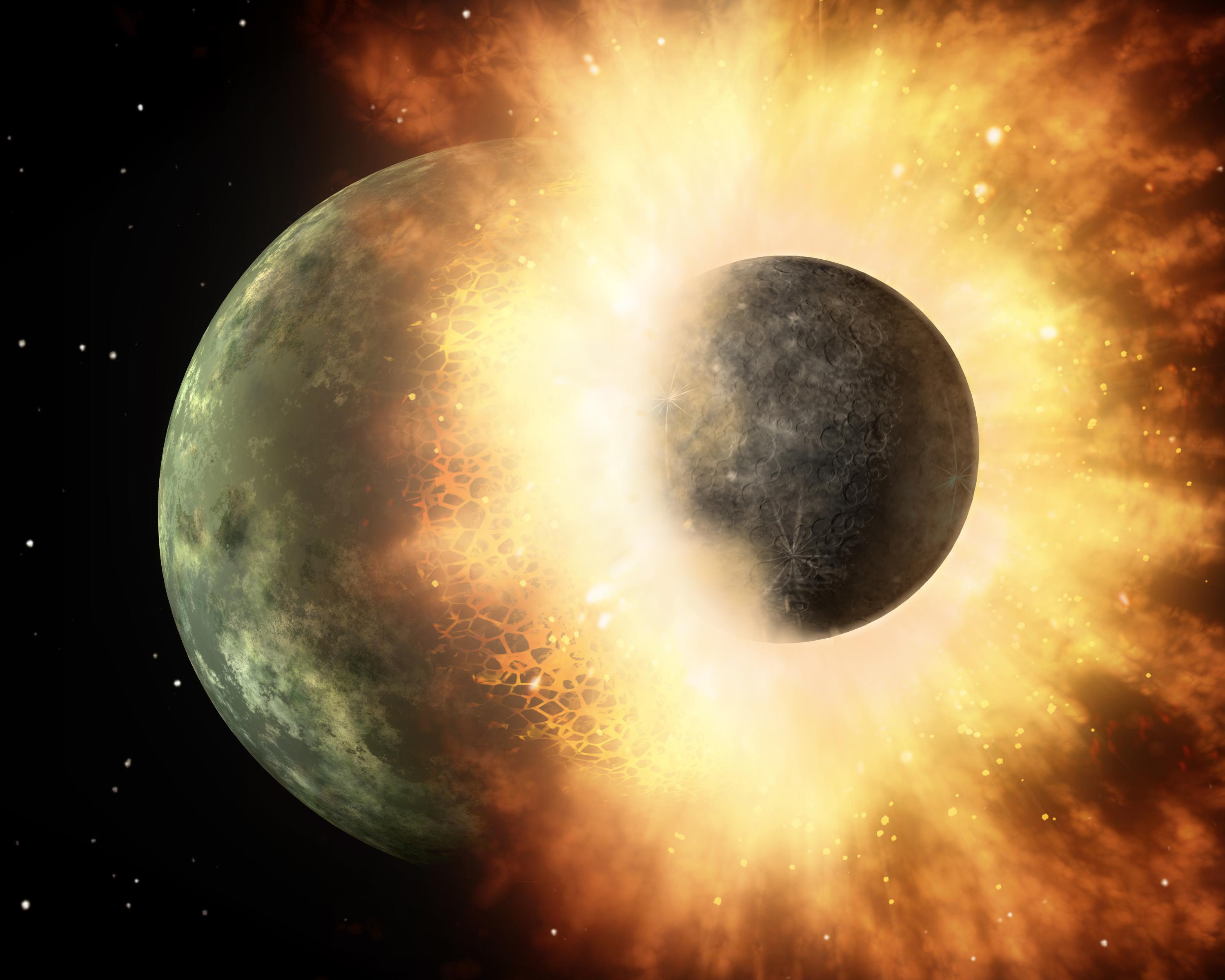 Figure 1: Artistic Rendition of the Collision between Theia and the Proto-Earth. Image credit: NASA/JPL-Caltech.

Now, a team of eight planetary astronomers and geophysicists led by British planetary astronomer Richard
Greenwood has
performed the most detailed and precise oxygen isotope measurements to date on lunar and Earth rocks.
7 Greenwood’s team has analyzed these measurements and drawn several tentative conclusions about
the Moon-forming event and the source of Earth’s water. Their results potentially could yield a lot more
evidence for the fine-tuned designs of both Earth and the Moon that are critical for Earth’s capacity
to support advanced life.

The team’s oxygen-17 measurements
show “no significant difference between lunar rocks and terrestrial
olivine,” . . . “but a statistically significant difference of 3 to 4 ppm [parts per million] when
basaltic samples are included in the terrestrial data set.”
8 This difference, the team demonstrates, is inconsistent with
Theia (the planet that impacted the proto-Earth to form the Moon) being of aubritic composition (meteoritic
material that is predominantly igneous, chemically reducing, iron-poor, and magnesium-rich). It is consistent,
though, with Theia and the proto-Earth being much closer in their oxygen isotopic compositions.

The team also showed that the oxygen-17 difference is consistent with a high-energy impact between Theia
and the proto-Earth. An independent team, comprised of Oxford University geoscientists Jon Wade and Bernard
Wood,
used the present chemical compositions of the Moon and Earth to constrain the composition and mass
of Theia.
9 The second team concluded that Theia was much less oxidized than either the Moon or Earth and
it approximately matched the composition of Mercury. They also determined that Theia’s mass = 10–20 percent
of Earth’s present mass. (For comparison, Mars = 10.7 percent of Earth’s present mass.)

Geoscientists have yet to accurately determine Earth’s present total water content (interior plus exterior).
Estimates range from a low of 2 to a high of 12 global ocean units. (1 global ocean unit = total mass
of Earth’s hydrosphere, which = 1.38 x 10
21 kilograms.) As a percentage of Earth’s total mass, these estimates translate to 0.046–0.277
percent. (Earth is water-poor, as mentioned earlier.) 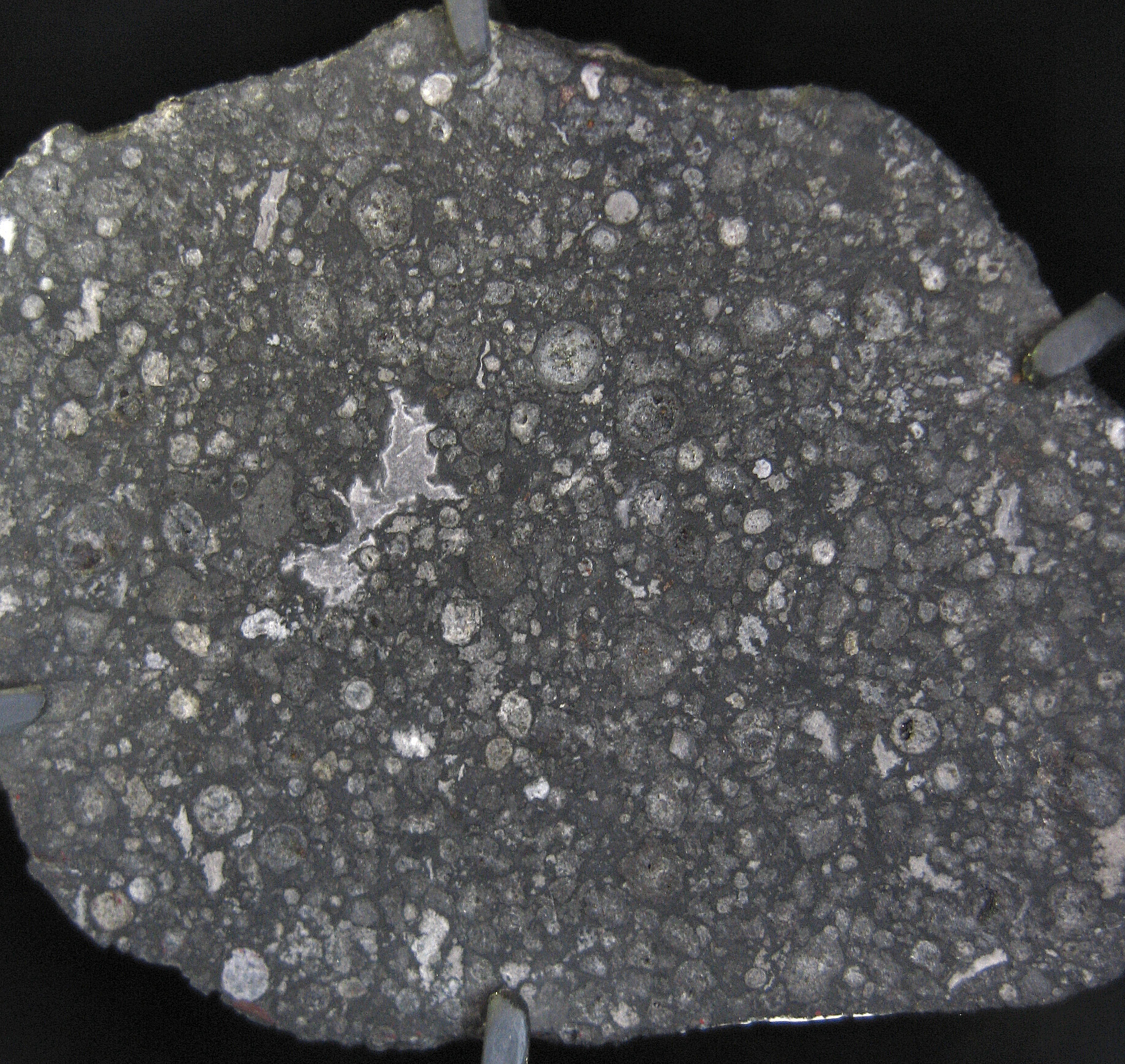 Figure 2: Section of the Allende Meteoroid, a Carbonaceous Chondrite.


Figure 3: Section of the Abee Meteoroid, an Enstatite Chondrite.

The best fit with the team’s measurements would be a late veneer consisting approximately of 80 percent enstatite
chondritic meteoroids and 20 percent carbonaceous chondritic meteoroids. Such a fit implies that the
late veneer provided, at most, just 0.7 of a global ocean unit of water or, at best, about 35 percent
of Earth’s total water budget. Thus, Greenwood’s team concluded that a large fraction of Earth’s water
survived the Moon-forming collision event between Theia and the proto-Earth.

Greenwood’s team of astronomical researchers’ conclusions represent a start in the right direction. They
considered only three different mixtures of just two relatively rare kinds of meteoroids. Other mixtures
and especially other kinds of meteoroids need to be considered. Also, it is possible that at the time
of the Moon-forming collision event (4.46 billion years ago) that one or more or all kinds of meteoroids
were more hydrated than they are today. Lastly, the Greenwood team’s oxygen-17 measurements need to be
confirmed by more extensive and more accurate measurements.

What the Greenwood group did
not comment on is that the survival of so much water (possibly 35 percent) through the Moon-forming
collision event will require even more exquisite fine-tuning of the characteristics of Theia, the proto-Earth,
and the collision/merger event. Such fine-tuning is guaranteed to generate even more “
philosophical disquiet“
11 among Moon-formation modelers seeking strictly naturalistic explanations. For Christian theists,
however, it will be cause for rejoicing and celebration.

The Avalon and Cambrian explosions, events that marked the sudden appearance of myriad complex life-forms, present two of the biggest challenges to the evolutionary...
Design

Are You Ready to Talk about Noah?

Depictions of giraffes, polar bears, kangaroos, and other animals happily marching up the ramp of a big ship remain firmly fixed in most people’s...
Theology