I remember as a young boy tramping around the mountains near our home in Vancouver, British Columbia, being amazed at all the trees growing on steep granite slopes. How could anything so big thrive on such solid and steep rock faces? Where did they get all the water and minerals they need?

To be sure, the mountains near Vancouver get a lot of rain. However, nearly all that rain runs off the steep rock mountain faces into the ocean waters below. That predominant runoff raises a big question: how do the trees survive the long stretches of time when no rain is falling? This question becomes all the more pressing for the trees on the slopes of the mountain ranges in California (where I presently live and hike) that receive less than a quarter of the rainfall of the mountain ranges in British Columbia (see figure). There are seasons where the trees on California mountain slopes go up to eight months without any precipitation at all. How do they thrive as well as they do during these long drought periods? 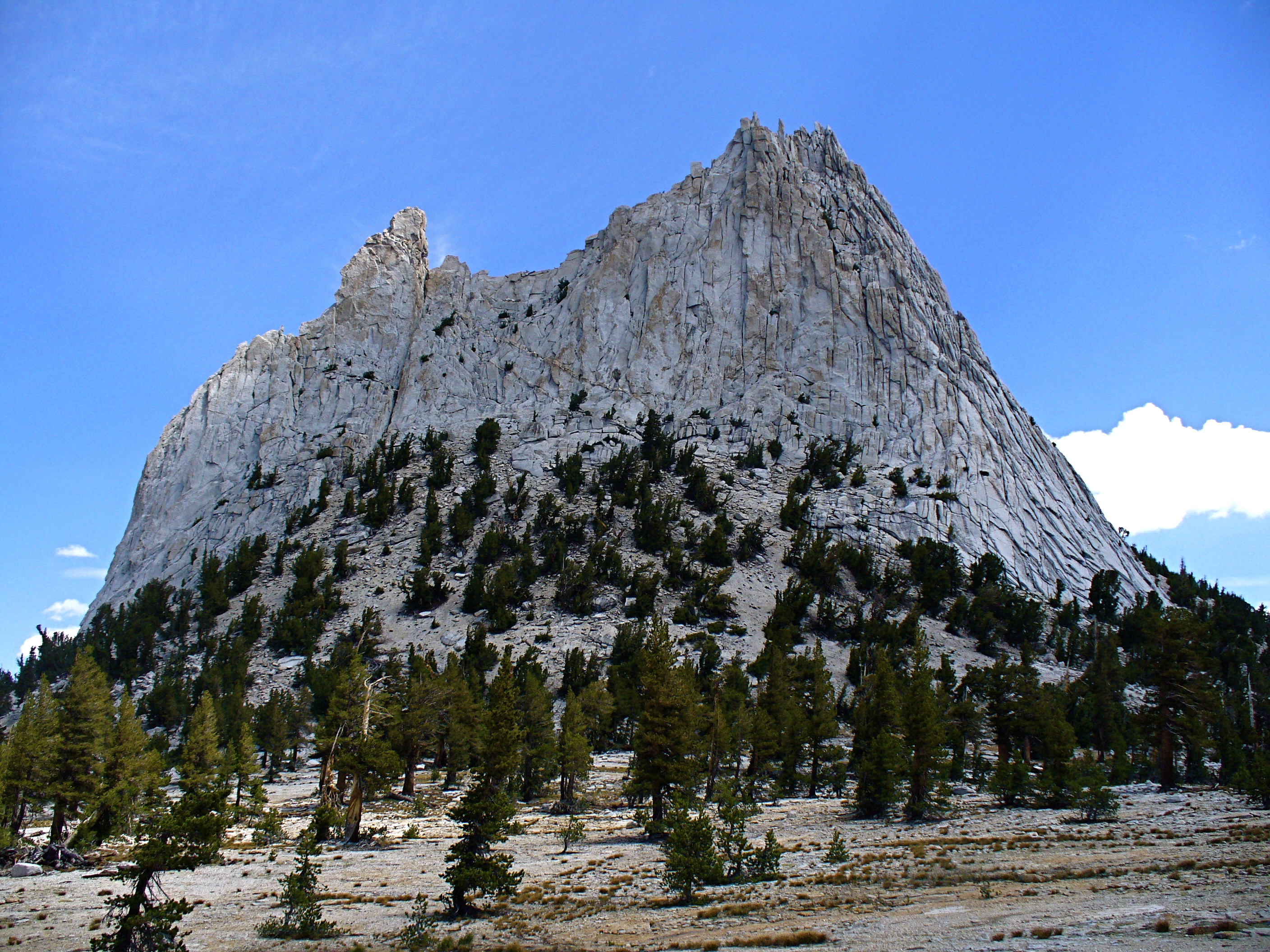 Bedrock Moisture Observations
In a recent issue of the Proceedings of the National Academy of Sciences USA, two geologists, Daniella Rempe and William Dietrich, propose and demonstrate through direct observations answers to all the questions posed above.1 Their proposal is that exchangeable water stored in deep weathered bedrock allows trees and other plants not only to survive but also thrive in rock regimes that otherwise would be completely barren.

For many decades, geologists and ecologists have been aware that dense soils from 1- to 4-feet deep can retain distributed stores of liquid water. Even after several weeks of no precipitation, the roots of advanced trees and plants can exploit this soil moisture to sustain their growth. However, where the soil depth is thinner and/or less dense, or where the precipitation droughts are longer than several weeks, soil moisture seems inadequate to explain how trees and plants can survive.

Rempe and Dietrich spent over a year monitoring the water content in the weathered bedrock lying below 0.3–0.75-meters of surface soil of a forested hillslope in Northern California. They chose this site because of its long dry season, typically 6–9 months. They used repeated neutron probe measurements in a suite of boreholes into the weathered bedrock to determine the amount of moisture stored in this bedrock and exactly where in the bedrock the moisture was stored.

During seasonal drought, the trees exhausted the soil moisture first. It was the moisture in the weathered bedrock that then sustained the trees during the last months of the dry season.

Explanation of the Bedrock Moisture
Where the weathered bedrock was especially thick, Rempe and Dietrich observed that the bedrock showed decreasing fracturing and weathering with depth. It became clear to them what was responsible for the decrease. The fracturing and weathering resulted from a combination of tree root systems and the weathering of the silicate rock faces by falling rain acting as a catalyst to drive the following chemical reactions:

The net reaction is:

The example here is for calcium silicate. The reaction is the same for any other metal silicate.

The result of these chemical reactions is that silicates, which are nearly impenetrable, are converted into easily penetrable carbonates and sand. The roots of trees, especially the roots of conifers, are designed to take advantage of tiny cracks in the silicate rocks and expand those cracks as the roots grow. The expansion exposes more of the silicates to falling rain, which results in more silicates being chemically converted into carbonates and sand and thus more access routes for the roots to penetrate the silicate rock.

This combination of silicate weathering and tree roots expanding small cracks explains the decrease in fracturing and weathering of the silicate bedrock with depth. It also explains how so much water can be stored in the bedrock below the forest soil. The carbonates and sand are much more efficient than silicates in absorbing and storing water. The tree roots create routes whereby surface water can seep into the bedrock.

A second benefit that is crucial for the survival of all life on Earth is the process by which tree roots and silicate weathering create weathered bedrock water storage. In the chemical reaction equations noted above, not only are silicates converted into carbonates and sand, but also carbon dioxide is drawn out of the atmosphere. Since carbon dioxide is a greenhouse gas, the ongoing removal of carbon dioxide from the atmosphere as a result of roots penetrating silicate rocks and the silicate rocks being increasingly exposed to falling rain, causes Earth’s atmosphere to become progressively less able to trap heat from the Sun. Therefore, in spite of the Sun becoming increasingly brighter as it fuses hydrogen into helium in its nuclear furnace, the surface temperature of our planet remains at the optimal level for life. If it were not for the creation of extensive bedrock water storage systems, our planet would have become so hot that all life would have been driven to extinction. If it were not for God creating trees and advanced plants of the just-right species at the just-right abundance levels at the just-right times, our planet either would have experienced a runaway glaciation or a runaway greenhouse heating that would have wiped out all life on Earth.

A fourth benefit that was noted by Rempe and Dietrich is that trees and other advanced plants living on mountain and hillslopes transpire water to the atmosphere during drought as well as wet seasons. This added transpiration contributes substantially to the dew, mist, rain, hail, and snow in the ecosystem. Thus, not only do trees and advanced plants benefit, but all life in the ecosystem profits from the enhanced and enduring transpiration.

A fifth benefit, and not to be overlooked, is that the creation of extensive bedrock water storage systems has transformed barren silicate hills and mountains into lush habitats teeming with all kinds of beautiful plants and animals. Such beauty explains why so many of us enjoy hiking in our planet’s hills and mountains. I think our Creator knew we would need such experiences to restore our souls and remind us who is responsible for all the designs of our planet and its life that permit us to live and thrive.

Have you ever had one of those mornings where you wonder where your get-up-and-go went? It takes a lot of energy to face the...
Design

Through a variety of means astronomers have determined that a black hole exists at the center of the Milky Way Galaxy.
Design

A common challenge I often hear is that creationism and intelligent design are showstoppers for science. If we conclude that “God did it,” skeptics...
Biology