“Water, water everywhere, nor any drop to drink.” This famous verse from “The Rime of the Ancient Mariner” by Samuel Taylor Coleridge describes a thirsty man surrounded by water as far as the eye can see and yet not a single drop of the water is safe to drink. Astronomers have discovered many planets beyond our solar system that are far richer in water than Earth. However, as it was for Coleridge’s ancient mariner, astronomers are finding that all this water may be deadly—not only for extraterrestrial mariners, but also for virtually all forms of life.

Astronomers have discovered hundreds of exoplanets (planets beyond the solar system) displaying a wide range of mass densities, from 0.09 grams per cubic centimeter to >23 grams per cubic centimeter.1 This mass density spread indicates that exoplanets range from possessing no water at all to being very rich in water, where 50 percent or more of the planet’s mass is water. Earth, with a little less than 0.03 percent of its mass as water, is technically classified as a water-poor planet.

Water-Rich Planets
Water-rich planets are explained by small planets forming beyond their host stars’ snow lines (the distance from the host star where it is cold enough for water, ammonia, methane, carbon dioxide, and carbon monoxide to freeze into solid ice grains) and later migrate inward toward their host stars. Low-mass (≤2 Earth masses) water-rich planets that migrate close enough to their host stars to lose light-weight gases from their atmospheres will possess as their outermost condensed layer a globally extensive deep (>1,000 kilometers) liquid water ocean.

Where the planet’s water mass fraction is a few percent or more, the pressure at the bottom of the surface ocean will be so great as to form a frozen ice layer that permanently separates the liquid water from the planet’s rocky interior.2 That is, there will be no chemical exchange between the liquid water and the rocky material (see figure 1.) 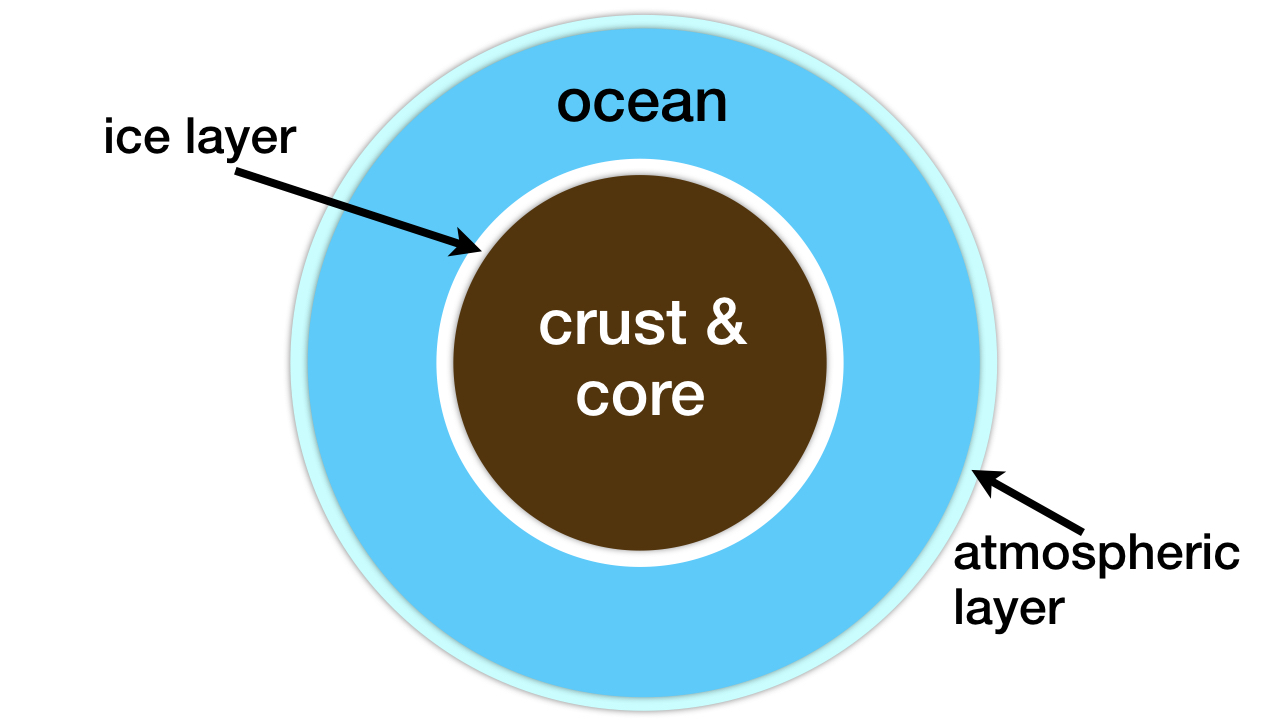 Two astronomers, Amit Levi and Dimitar Sasselov at Harvard University, produced detailed models of these water worlds where the surface ocean is separated from crust and core by a frozen ice barrier.3 They demonstrated that the pH of the such oceans would range from 2 to 4. Solutions with a pH less than 7 are acidic. A pH measure of 2.0 is akin to the acidity of pure lemon juice. A pH of 4.5 is akin to the acidity of pure tomato juice. Earth’s sea water is slightly basic with a pH range = 7.5–8.4.

Acidic Waterworld Problem
There are extremophile microbes on Earth that are able to survive in acidic environments where the pH is as low as 2–4. However, life cannot originate under such acidic conditions.4 Thus, waterworlds where a permanent ice layer separates the surface liquid water ocean from the rocky interior must be permanently lifeless (unless an intelligent Agent creates and delivers extremophiles to such planets).

This habitability limitation applies not just to the planets considered by Levi and Sasselov, but also to the cold moons in our solar system and other planetary systems.

Over the past two decades, there has been much speculation about the possibility of subterranean life on such icy solar system moons as Ganymede, Europa, Callisto, and Titan. For many reasons, astronomers are convinced that these moons possess more than 30 percent of their mass as water.5 Given these planets’ cold space environments, their surfaces must be frozen. Tidal heating exerted by the host planet’s gravity or interior heat released from radioisotopes conceivably could create a layer of liquid water below the surface ice layer. However, as with the planets modeled by Levi and Sasselov, there would be a permanent ice layer separating the subterranean ocean from the rock interior (see figure 2). Thus, the icy solar system moons must be lifeless. And I’d argue there are better space exploration missions for NASA to fund than, for example, its current proposal to send a spacecraft to Europa, punch a borehole through its 26+ kilometer surface ice layer, and send a movie camera through the hole to swim through the possibly existing subterranean ocean and photograph hypothesized existing microbes. 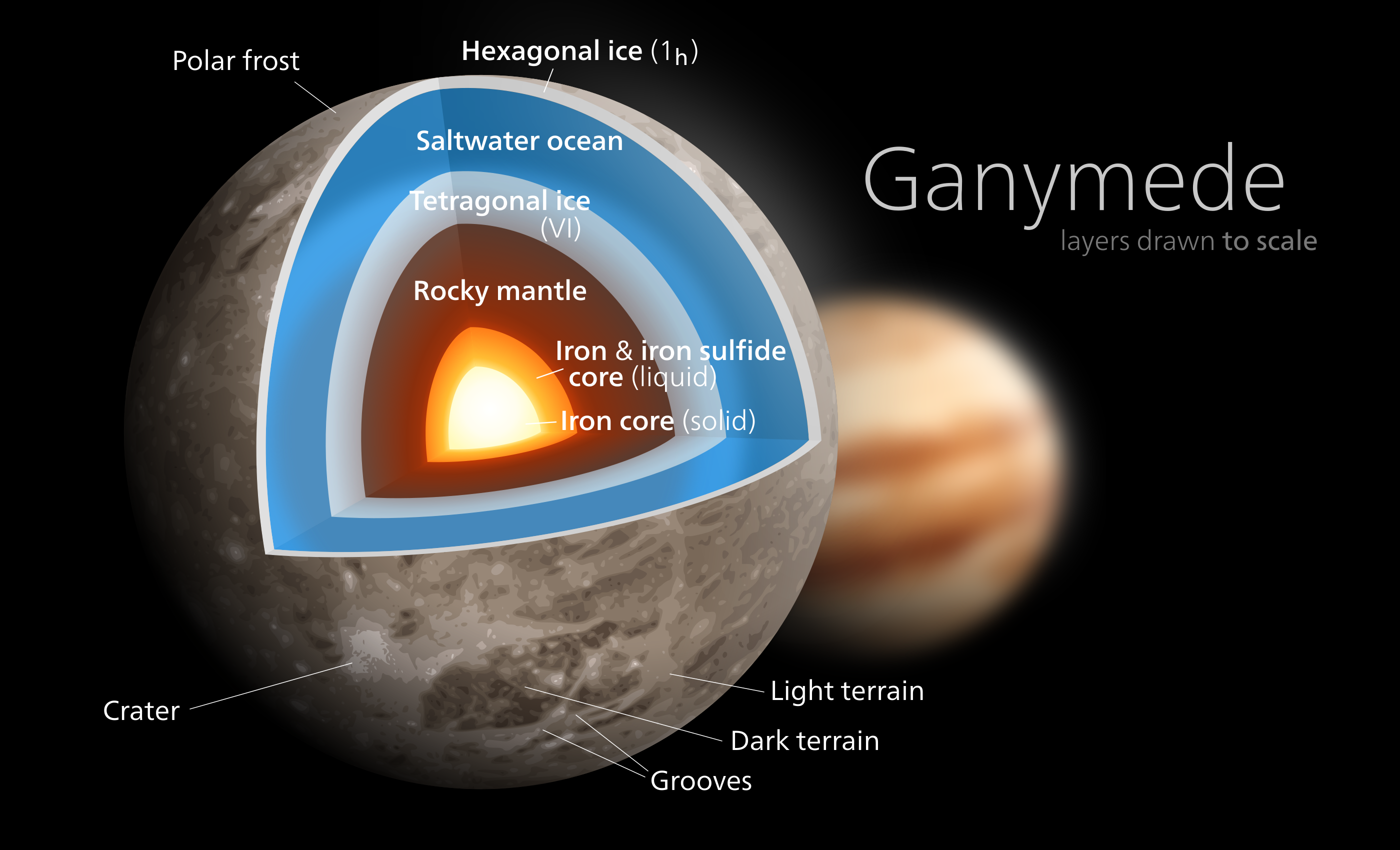 Origin of Life on Earth
Earth likely began with a deep-surface ocean like the worlds investigated by Levi and Sasselov. However, the moon-forming event and other events in Earth’s early history stripped the original liquid water surface layer down to its present thin layer. Earth’s liquid water layer is so thin that there is inadequate pressure for an ice layer to form at the bottom. Therefore, Earth’s oceans have remained in contact with the planet’s crust.

Also, at the time of life’s origin on Earth 3.8 billion years ago, a few volcanic islands and cratons (ancient mini-continents) pierced above sea level. Thus, the early marine environment experienced mineral exchange from two sources: (1) the rocky ocean floors and (2) the volcanic islands and mini-continents. This mineral exchange kept Earth’s oceans from becoming either too acidic or too basic. Thanks to how radically different Earth’s features and formation history was from all other known planets, a wide diversity of life has been able to thrive here for the past 3.8 billion years. Because of the diversity, abundance, and longevity of this life, it is possible for billions of humans to simultaneously live on Earth and develop the technology where those billions of humans can hear and respond to the Creator’s offer of redemption from their evil and gain an eternal loving relationship with him. In my book Improbable Planet, I describe how Earth’s unique features and its 3.8-billion-year history of diverse life makes possible the redemption of billions of human beings.6 Thanks to Levi and Sasselov, we have yet more reasons to thank God for how wonderfully he designed Earth and its life.

Scientists have recognized for some time that the rotation rate of a planet must be fine-tuned to make advanced life on that planet possible.
Design

Newly Mapped Area of the Human Brain: Evidence for Exceptionalism?

The biblical account of Adam and Eve makes clear that humanity did not evolve from other primates. God establishes human exceptionalism by creating us...
Design