Astrobiology is the scientific discipline dedicated to the search and study of life on other worlds. In spite of decades of research funding and dozens of dedicated spacecraft missions, astrobiology remains a “data-free” scientific discipline. It’s not that we have not learned anything, but that researchers have not found any “data” in the form of life. This continuing lack of data has profound scientific, philosophical, and spiritual implications.

A new, overlooked challenge to the quest to find life on other worlds was published in the April 2019 issue of Astrobiology.1 That challenge stems from wind-driven salt particles’ effect on spores.

Harmful Blasts of Salt
Several extremophile microbial species on Earth are resistant to high salt concentrations in their environment. However, astrobiologists have not previously considered what happens to life when it is blasted by salt particles. A team of six Danish and German astrobiologists performed experiments where they exposed the highly radiation-and-oxidizing-resistant bacterial endospores of Bacillus subtilis (see figure 1) to the saltating conditions known to exist on the surface of Mars. That is, the six astrobiologists created a laboratory experiment where they subjected the B. subtilis spores to the surface chemistry and wind velocity conditions normally present on the Martian surface. 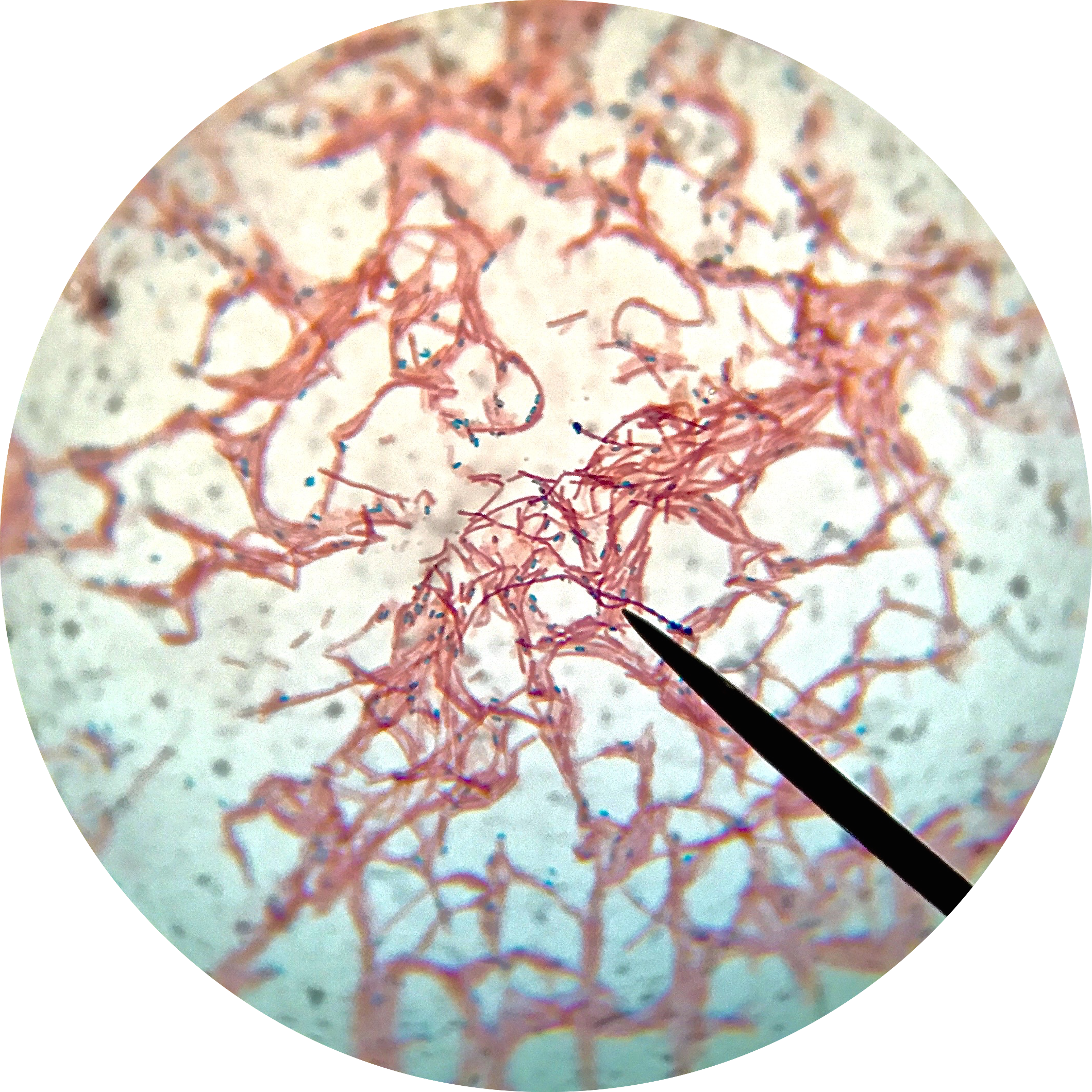 In their laboratory experiment, the team of six observed that 50% of the spores were destroyed by abrasion from the wind-driven salt particles within one minute. Follow-up scanning electron micrographs revealed that the spores were not only severely damaged by the abrasion but completely eradicated.

The researchers performed their experiment under normative Martian surface conditions. About once every 3 Martian years (5.5 Earth years) on average, Mars suffers a severe planet-wide dust storm (see figure 2). These dust storms can last from days to many weeks. When they occur, mineral and dust particles are picked up and blown at speeds ranging from 53 to 106 kilometers per hour (33 to 66 miles per hour). As devastating as the storms are to the planet, they will be even more destructive to life, the fossils of life, and biomolecular building blocks of life. 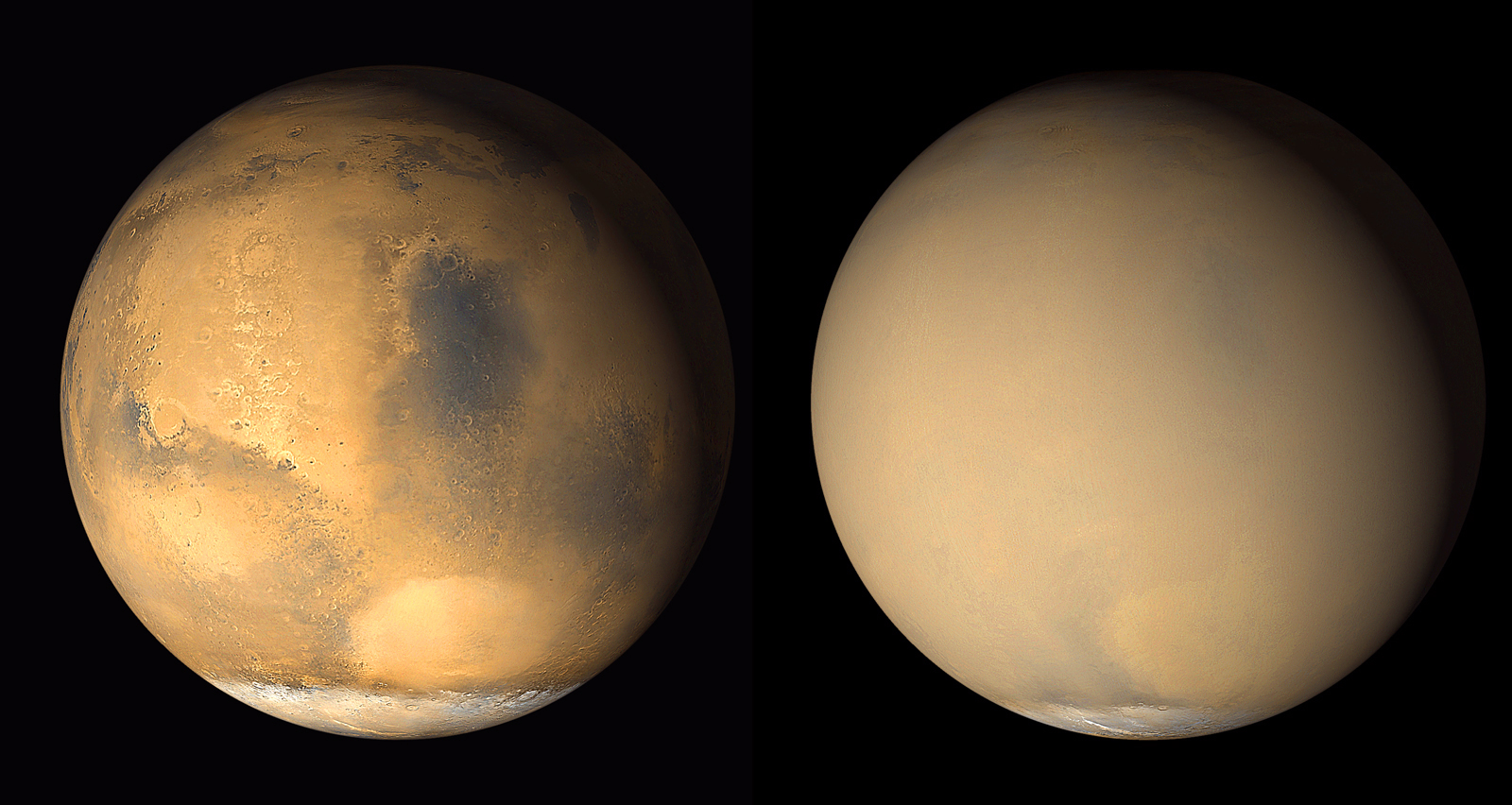 Figure 2: Mars with and without a Dust Storm. Image credit: NASA/JPL-Caltech/MSSS

For people who reason that Earth life might be transported to Mars, the astrobiologists concluded in their paper that there is no need to worry about microbes on board a Martian lander infecting Mars. The wind-driven salts on Mars will quickly kill any microbes that survive the transport from Earth to Mars.2 These same wind-driven salts will also destroy biomolecules and fossils of microbes that have been transported from Earth to Mars via debris and dust being ejected from Earth’s surface as a result of meteoroid impacts.3

In other words, astrobiologists may need to give up their quest to find life, or even the remains of life, on the Martian surface. The only way the remains of Earth-transported life could conceivably be discovered on Mars is if somehow it got driven deep underground by the impact of an Earth rock.

Implications Show Earth’s Rarity
Returning to the implications I mentioned above, the likelihood is high that many other extraterrestrial bodies besides Mars are subject to wind-driven salts. The research team argues that wind-driven saltation is an important factor for determining the possible habitability of planets and moons beyond the solar system. In particular, the abundance of corrosive salts and the surface wind velocity are two additional factors that must be fine-tuned to ensure a body’s habitability. In this respect, Earth is anomalous. For example, Earth’s abundance level of sulfur and sulfur salts is 60 times less than it is for Mars. We live on a specially designed planet where wind-driven saltation poses no significant threat to life. Such a rarity seems not accidental, but purposeful.

Featured image: True Color Image of Mars from the Rosetta Spacecraft During Its Flyby of Mars. Image credit: ESA/OSIRIS

Recent scientific discoveries have opened up a whole new world where mere humans may be able to alter the genetic makeup of any organism...
Human Origins & Anthropology

We Are Living in the Ultimate Supernova Moment

The ultimate Hollywood disaster movie would portray the catastrophic consequences of a nearby supernova eruption. If one were to occur within 1,000 light-years of...
Design

Why Skiers Can Be Thankful for Bacteria

I was 12 years old when I first learned to ski. Our family was visiting relatives in Washington for Christmas, and after a good...
Biology