Lacking things to worry about? Are your anxiety and stress levels too low? I have “good” news. We are soon to be blasted by some nearby supernova eruption events.

Before you have a panic attack or nervous breakdown, let me remind you that I am an astronomer. To an astronomer, anything under a million years from now is “soon” and anything closer than a thousand light-years is “nearby.” Given that context, we are at risk of soon being blasted by nearby supernova eruption events.

Because nuclear-burning stars are giant balls of gas where 97–99.99 percent of the gas is of the elements hydrogen and helium, astronomers are able to build detailed, well-understood models of the interior physics of stars and how that interior physics changes over the burning history of the stars. For interested readers I recommend the study edition of the book, Stellar Structure and Evolution, by astronomers Rudolf Kippenhahn and Alfred Weigert.1 Please do not be intimidated by the book’s mathematics. A lot can be learned by ignoring the equations and just reading the text.

Theoretical models of the evolution of the interior physics of stars establishes that all stars that possess in excess of 1.4 times the Sun’s mass (the Chandrasekhar limit) at the end of their normative nuclear burning history will undergo a supernova eruption. These models, combined with several decades of observations of highly evolved stars, have equipped astronomers with detailed knowledge of the warning signs of an imminent supernova eruption event for stars possessing sufficient mass.2 Astronomers have applied these warning signs to assemble a list of six near-Earth stars that they have determined will soon undergo a supernova eruption (see table).3

IK Pegasi, Spica, and Antares are binary stars where the stars in these binary systems are close enough to one another to affect the future masses of the respective stars. IK Pegasi likely will become a Type I supernova, whereas the other five stars in the table will become Type II supernovae. What ignites a Type I supernova is a white dwarf star in a binary system accreting sufficient mass from its companion star. Type II supernovae occur when very massive stars undergo core collapse at the moment when the star’s nuclear fusion can no longer sustain the star’s core against its own gravity.

What Kind of Damage, and When?
For each supernova type, the greater the mass of a star at the moment it begins to undergo a supernova eruption event, the greater the devastation caused by the eruption event. Therefore, assuming the lower bound to Betelgeuse’s mass, Rigel, even though it is more distant from Earth than Betelgeuse, could do much more damage to Earth’s environment.

If IK Pegasi were to undergo a supernova eruption event tomorrow, within two months it would be about six times brighter than a full Moon. While it would not bring about the complete extinction of humanity, its radiation would so damage Earth’s ozone shield as to greatly diminish crop yields and contribute substantially to global warming. The cosmic radiation dose experienced by terrestrial animals, including humans, for several months at the time of the eruption would be about 250 times the present level. This radiation level would generate highly increased mutation rates and much-enhanced incidences of cancer in all animals, including humans.

The muon flux from the supernova eruption of IK Pegasi would penetrate ocean depths of up to a kilometer and likely cause a marine megafaunal extinction event.4 Abundant evidence supports that such an event caused by a supernova at the distance of IK Pegasi occurred some 2.6 million years ago.5

IK Pegasi is a binary star system consisting of a massive white dwarf star (1.15 times the Sun’s mass) and an A-type main sequence star (1.65 times the Sun’s mass). The white dwarf will become a supernova when it accretes enough mass from its companion star to attain the Chandrasekhar limiting mass (1.4 times the Sun’s mass). For this much mass accretion to occur, the A-type companion star must evolve to become a red giant star. Astronomer Martin Beech has calculated that it will take at least a billion more years for this evolution to occur.6 Thus, IK Pegasi poses no “possible threat to Earth’s biosphere.”7 (The ongoing brightening of the Sun8 will sterilize our planet long before IK Pegasi goes supernova.)

Betelgeuse (see figure) is another matter. Astronomers’ observations and theoretical models demonstrate that Betelgeuse is poised to go supernova at any time within the next ten thousand years. Fortunately, it is sufficiently distant at 642 light-years to pose no threat to the survival of the human race. It is close enough, however, to disrupt our global high-technology civilization and impact our food crop productivity. As my sons remind me, any damage to our global positioning satellite system or to satellite television and communication would be the end of civilization as we know it. 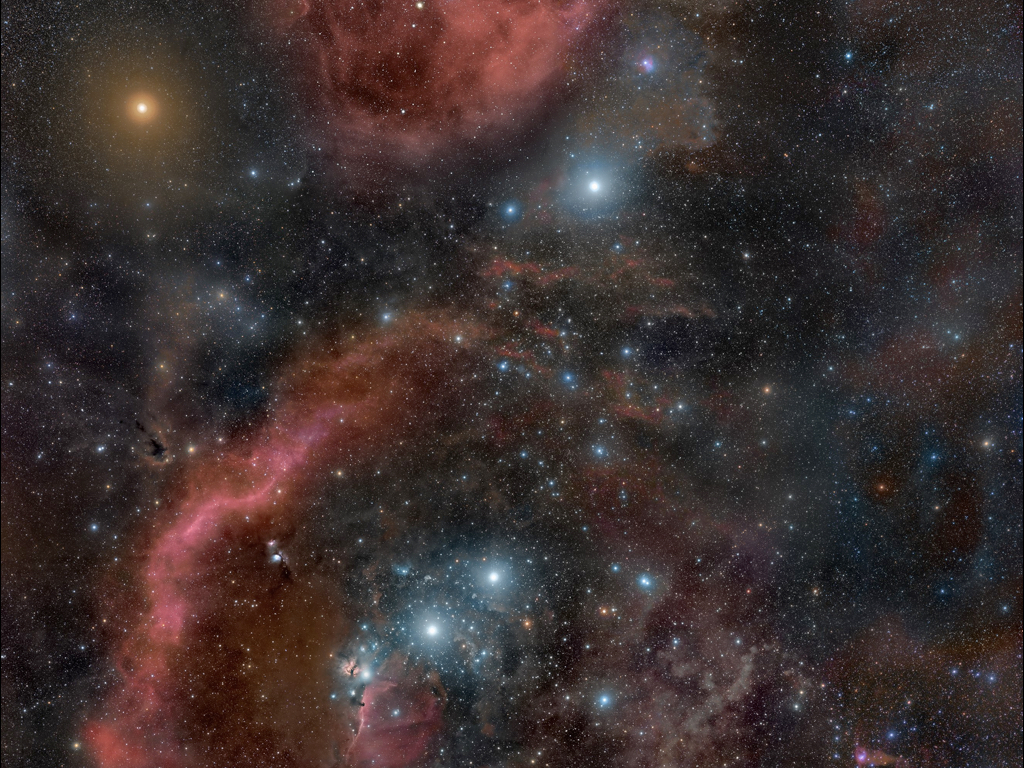 As I mentioned in my February 19 blog,9 thanks to God’s careful design of our Milky Way Galaxy, we are living in a unique supernova moment. For the past several thousand years, there has not been a single supernova event any closer than 5,000 light-years. Likewise, it seems likely that we will be safe for at least the next few decades. Evidently, God has granted us a narrow time window in the history of our galaxy where billions of us can hear and respond to his offer of redemption from sin and evil and be prepared for eternal, purposeful, rewarding careers in the new creation.10

Have You Had Your Selenium Today?

A group of Australian scientists have recently proposed that a severe depletion of selenium levels in the world’s oceans might have been a significant...
Evolution

Your computer's newest antivirus probably comes with live updates so it can arm itself against the latest trojan-phishing-spyware attack. It may not stop you...
Biochemistry

Motion for Summary Judgment: Insufficient Evidence at Hand for Darwinism

We've all watched courtroom dramas or followed real-life trials as attorneys on both sides use witnesses and evidence to argue their case. As a...
Evolution