In several of my speaking events, I remind my audiences that stars are like human beings: they are all unstable to some degree. Also, like humans, the most stable stars are those that are middle-aged.

All stars exhibit both activity and variability. By “stellar activity,” astronomers mean the flares that arise from the generation, evolution, and annihilation of magnetic fields in local regions of a star’s atmosphere and layers just below its surface. By “variability,” astronomers mean changes in the total luminosity or brightness output of a star.

A team of five astronomers headed up by Richard Radick of the National Solar Observatory—located in the appropriately named town of Sunspot, New Mexico—reported on a study comparing the Sun’s activity and variability with that of 72 Sun-like stars over the time period spanning from 1992 to 2017. While such comparisons had been done before 1992, the new observations have been achieved with unprecedented precision. Much of the credit for this greatly enhanced precision is due to the Solar Radiation and Climate Experiment (SORCE) satellite (see figure below). This satellite was able to measure the total solar irradiance (TSI) to 0.001 percent precision. 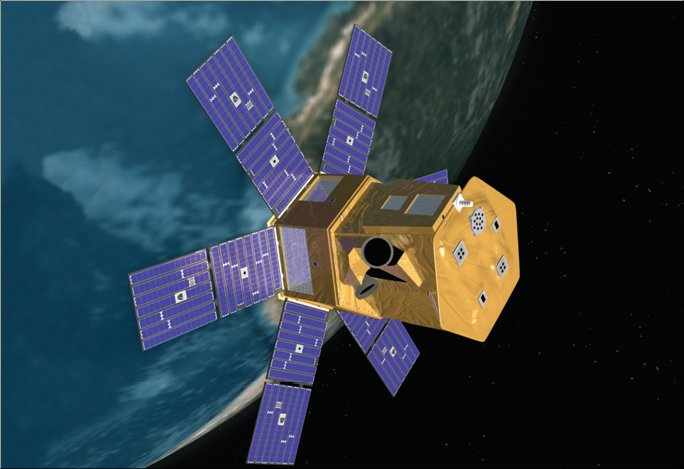 Figure: The SORCE satellite for monitoring the Sun’s activity and variability.

Data from SORCE shows that solar flares manifest at least two orders of magnitude (at least a factor of 100) higher levels of variability than does the Sun’s TSI. The amplitude of TSI variability is only 0.1 percent, and this variation is in lockstep with the sunspot number and the corresponding 11-year sunspot cycle. The reason why the TSI varies so little is that it reflects the slight imbalance between the luminosity deficit produced by dark sunspots and the luminosity enhancement produced by bright faculae (solar “faculae” are short-lived convection cells that form bright spots on the Sun’s surface).

Radick and his team deduced that the two unique features they had found for the Sun perhaps show “that facular emission and sunspot darkening are especially well-balanced on the Sun.”2 What they did not comment on is that the Sun’s two unique features that they discovered especially benefit human civilization on Earth. The extreme climate stability that we have been enjoying for the past nine thousand years is due, in large part, to the Sun’s low TSI variation by its smooth, regular activity cycle.3 Without our current and recent past extreme climate stability, billions of humans could not live on Earth at one time, nor could billions of humans achieve the technology for billions to hear and respond to Jesus Christ’s offer of salvation and eternal life. Thank God for the Sun!

Featured image: The bright spots are faculae, and the dark spots are sunspots. Image credit: NASA

What makes the Sun shine? Where does Earth’s life-sustaining radiation originate? Astronomers answered these questions in part with the discovery of nuclear fusion, the...
Design

Evidence for an early period of intense meteoritic impacts on Earth continues to grow. From 4.1 to 3.8 billion years ago, these events would...
Astronomy