Years ago, in a paper published in the Astrophysical Journal, theoretical physicist Lawrence Krauss referred to dark energy as presenting “the most extreme fine-tuning problem known in physics.”1 Dark energy is energy embedded in the universe’s space surface that makes up about 70 percent of all the stuff of the universe (see figure 1). Krauss determined that the fine-tuning level is more extreme than one part in 10120! He has been joined by several other theoretical physicists who conclude that the required fine-tuning of dark energy is “the most difficult problem in physics.”2 The obvious question is does this most difficult problem point to a causal agent with the capacity to fine-tune to a degree far, far beyond anything we humans are capable of manifesting? 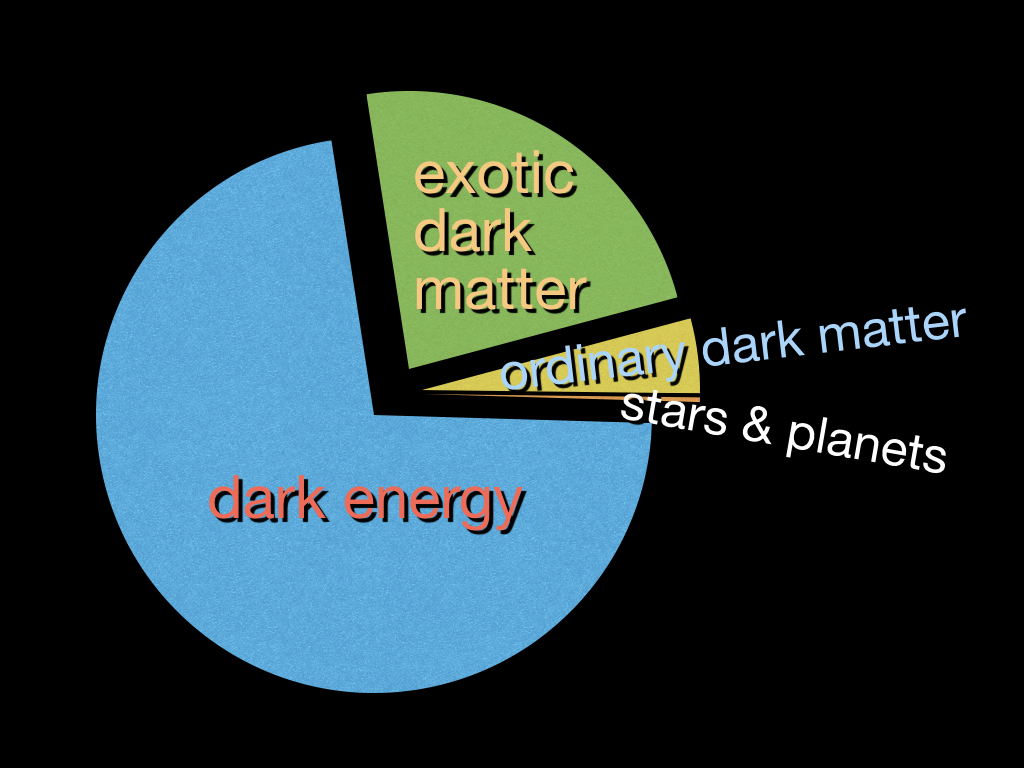 Dark energy is the dominant factor controlling cosmic expansion. The larger the constant or constants governing dark energy, the more rapidly the universe expands from the cosmic creation event.

Galaxies and stars of any kind will not form in the universe if the value of the dark energy constant, Λ, is greater than a hundred times more than what astronomers observe. However, a team of nine astrophysicists led by Luke Barnes used detailed computer simulations to demonstrate that increases in the value of Λ, even by a factor of 10–20 times, has only a small effect on star formation history and efficiency.3 The reason for such a small effect is that the rate of star formation in our universe peaks when the universe is about 3.5 billion years old, which is well before Λ would begin to accelerate the expansion rate of the universe. In fact, Barnes et al. showed that galaxies and stars will form in the universe even for values of Λ as high as 50 times greater than the observed value. This factor of 50 caused some astronomers to question the anthropic nature of Λ, the implication that Λ was personally fine-tuned (designed) to an extreme degree to make possible the existence of human beings in the universe.

Now, two papers have been published that establish that Λ must be fine-tuned to a very extreme degree after all. In the most recent issue of the journal Astrobiology, a team of six Japanese astrophysicists led by Tomonori Totani provides calculations that show that Λ must be as small as what we observe to prevent advanced life from being wiped out by lethal radiation from nearby supernovae (see figure 2).4 Totani’s team demonstrated that as the value of Λ increases from the observed value to 50 times the observed value, the density of stars in the universe proportionately increases. With an increase in the density of stars comes an increase in the number of nearby supernova eruptions in the vicinity of a planet that could potentially support advanced life.

Figure 2: Supernova 1994D in the Galaxy NGC 4536. At the height of its supernova eruption, Supernova 1994D (lower left) was as bright as all the rest of the more than 100 billion stars in the NGC 4536 galaxy. Image credit: High-Z Supernova Search Team, NASA, Hubble Space Telescope

A number of research studies establish that high-energy gamma and cosmic rays from a core-collapse supernova within 10 parsecs (32.6 light-years) of Earth would prove lethal for all terrestrial animals and especially for human beings.5 For the solar neighborhood the expected number of such nearby supernova events is 1 per 500,000,000 years.6 For global human civilization to be possible terrestrial animals must be abundant throughout the past 400,000,000 years. Therefore, Totani’s group concludes that for global human civilization to be possible the value of Λ cannot be significantly larger than the observed value.

As it is, humans must live in a large spiral galaxy and in a fine-tuned location in a large spiral galaxy for the frequency of lethal supernova events to be less than 1 per 500,000,000 years. If we were located in one of the much more common spheroidal or elliptical galaxies, or if we were closer to our galaxy’s bulge or one of our galaxy’s globular clusters or spiral arms, we would be exposed to a much higher frequency of lethal supernova events. That higher frequency would rule out our possible existence. This limitation on our location within the universe yields another reason why the value of Λ cannot be any greater than what astronomers observe.

One of the greatest challenges to the theory of evolution is to explain sexuality. How could sexual reproduction have emerged by random, natural processes...
Biology