Some people, no matter what the occasion, are always the life of the party. They not only occupy the center of the action, but they instigate it as well. However, it is hard to sustain a lively party without others quietly serving in a consistently steady and dependable manner on the sidelines.

Recently published research shows that our Sun “stands out” by being dull compared to our galaxy’s other stars. It displays hardly any brightness or flaring activity, making it the “Steady Eddie” among stars. Yet, thanks to the Sun’s low activity level, life on Earth can thrive and party on.

Many readers will appreciate the scientific details that explain the Sun’s brightness stability, lack of superflares, and low rate of ordinary flares. Other readers can skim the next few sections and begin again at Why So Stable?

Kepler Space Telescope Observations
More than a decade ago, astronomers began a quest to determine whether the Sun was unique among all solar-type stars in manifesting a very low flaring activity level and a very low level of luminosity variations. The Kepler space telescope was launched in 2009 with the mission to detect planets by the transit method. Planets orbiting these stars were detected by the periodic dimming that resulted from planets crossing in front of the stars. Astronomers quickly realized, though, that Kepler data could be used to achieve two other missions: (1) study the brightening of stars caused by major stellar flares, and (2) analyze stellar brightening variability caused by starspots and the rotation of the stars. The brightness changes due to flares and starspots can be distinguished easily since flares vary over minutes while starspots vary over days to months.

In 2012, nine Japanese astronomers led by Hiroyuki Maehara used Kepler data to analyze the brightness changes of 83,000 G-dwarf type stars (the Sun is a G-dwarf star) over a period of 120 days.1 They detected 365 superflares with observed energies ranging from 3 x 1033 ergs to 3 x 1036 ergs.2 For comparison, the most energetic solar flare ever detected was the Carrington Event of 1859, a flare that ignited fires along telegraph systems in both Europe and the United States.3 Its total energy release according to one estimate was 1 x 1032 ergs4 and, according to a second estimate, 5 x 1032 ergs (tiny compared to flares observed in other stars).5

Maehara’s team developed a subsample from their 83,000 stars. This subsample consisted of 14,000 stars that closely matched the Sun’s rotation rate and had effective temperatures in the range of 5,600–6,000 Kelvin. (Sun’s effective temperature = 5,772 Kelvin.) In this subsample they detected 14 flares with energies exceeding 4 x 1034 ergs. This number corresponds to flares at least 80 times more energetic than the Carrington Event occurring once every 350 years per star.

In follow-up studies published in 2013 and 2015, Maehara’s team—over a 500-day observing period—detected 1,547 superflares (energies greater than 1034 ergs) on 279 G-dwarf stars6 and 187 superflares on 23 stars that most closely matched the Sun’s characteristics.7 For the most Sun-like stars they calculated a superflare occurrence rate of once every 800–5,000 years per star.8

They noted that a flare’s energy release correlates tightly with the proportion of a star’s surface that is covered by the starspot responsible for the flare.9 They concluded that the exceptionally small sizes of sunspots during the past 9,000 years explains why the Sun has had no superflares during that time period.

Kepler Plus Gaia Spacecraft Observations
In 2019, a team of ten astronomers led by Yuta Notsu complemented their Kepler data with data from the Gaia spacecraft that was launched in 2013 and with observations performed on the Apache Point 3.5-meter telescope. They limited their analysis to Sun-like stars with rotation periods of about 25 days.10 (The Sun’s rotation period is 24.47 days.11) The superflares (energies greater than 5 x 1034 ergs) they observed on these stars implied that superflares occur on them once every 2,000–3,000 years per star.

On May 1, 2020, a team of seven astronomers published the most detailed study to date comparing the Sun with stars tightly matching the Sun’s characteristics. Led by Timo Reinhold of the Max Planck Institute, the seven astronomers combined the latest data from Gaia with Kepler data to produce a sample of 369 Kepler-observed stars with effective temperatures between 5,500 and 6,000 Kelvin (the Sun’s effective temperature = 5,772 Kelvin), ages between 4 and 5 billion years (the Sun’s age = 4.567 billion years12), surface gravity and metallicity values (abundance of elements heavier than helium) close to the Sun’s, and rotation periods between 20 and 30 days.13

By limiting their sample to stars with ages and surface gravity values similar to the Sun’s, Reinhold’s team eliminated evolved stars, which are inactive. This cut avoided the dilution of detected variability in solar-like stars that was the case for previous analyses.14 The 369 stars that remained comprised the largest sample, assembled to date, of stars tightly matching the Sun’s characteristics. 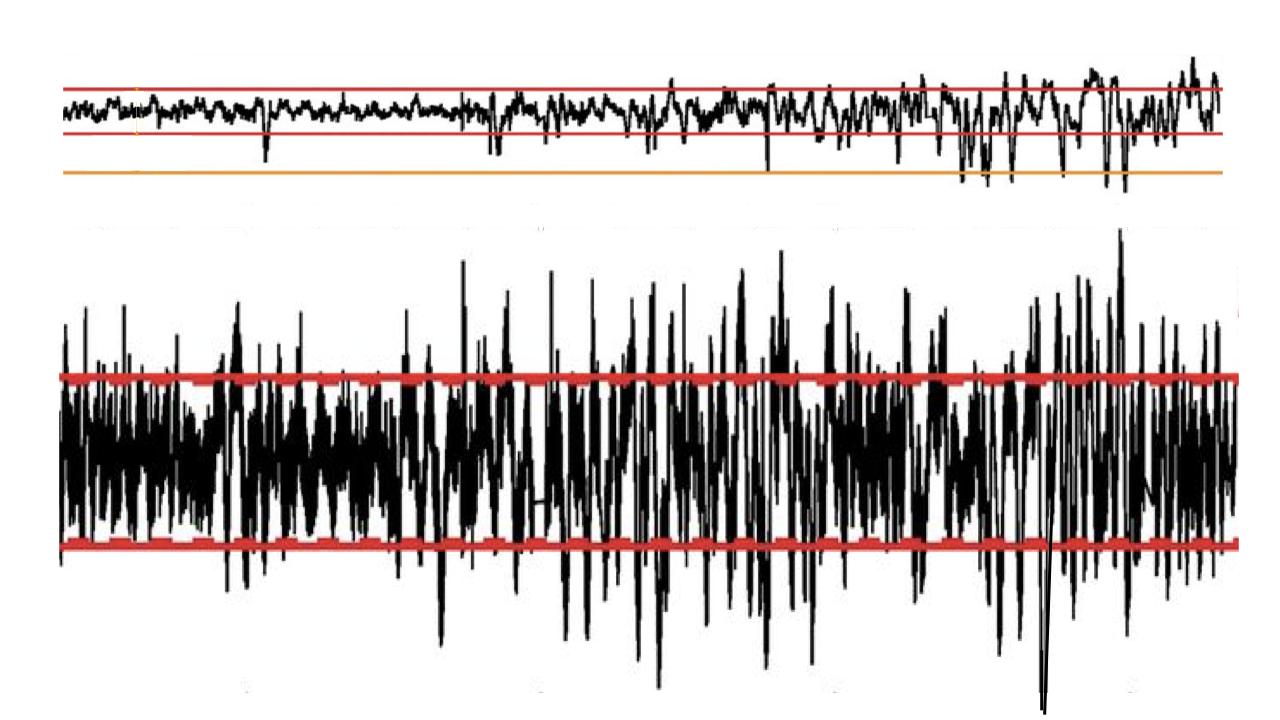 Kepler Plus LAMOST Observations
The same day that Reinhold’s team published their findings from combined Kepler and Gaia data, a team of eleven astronomers led by Jinghua Zhang published their comparison of the Sun’s variability with that of 254 stars assembled from combined Kepler and LAMOST data.15 The Large Sky Area Multi-Object Spectroscopic Telescope (LAMOST) was used to measure the chromospheric activity of solar-like stars while Kepler data was used to determine the photospheric variability of solar-like stars. Zhang’s team concluded that the Sun is much less active (more steady and dull) than solar-like stars with near-solar rotation periods both in terms of photospheric variability and chromospheric activity.

Both Reinhold’s team and Zhang’s team also analyzed a large number of stars that approximately matched the Sun’s characteristics with the exception that their rotation periods could not be measured. They pointed out that if these stars had sunspots as few and as tiny as the Sun’s, then their rotation periods would be undetectable. Hence, there could be a population of solar-like stars that are as photosphericly stable as the Sun. The Sun, however, is both photosphericly and chromosphericly stable.

Why So Stable?
Astronomers have produced two different explanations to explain why the Sun is so exceptionally stable. One explanation is that the solar dynamo is currently in transition to a lower activity level because of a change in the differential rotation deep down in the Sun’s convective layer.

Many years ago, astronomers identified two distinct relationships between a star’s rotation rate and the length of its starspot cycle.16 Over the past 410 years the Sun has exhibited a sunspot cycle with an average periodicity of 11.06 years.17 The Sun is an outlier in that it is rotating too quickly for its 11-year sunspot cycle.18 This observation implies that the Sun’s rotation rate and magnetic field currently may be in a transition phase that is characteristic of the Sun now being exactly halfway through its nuclear-burning time period.19

The second explanation for the Sun’s exceptional stability is that the Sun could be alternating between epochs of high and low activity levels on time scales of 9,000 years or more. That is, besides the 11-year sunspot cycle there may be a much longer solar cycle in operation.

In either case, the past 9,000 years has been a period of truly remarkable solar luminosity stability. It has also been a period amazingly devoid of superflares. This combination and simultaneity of the remarkable and the amazing has made possible global high-technology civilization on Earth. Without extreme solar brightness stability, a lack of superflares, and a low rate of ordinary flares there is no way that billions of humans could live and thrive on Earth at one time. It seems more than a coincidence that we humans arrived on Earth at the optimal moment in the history of our star, the Sun, where that star possesses unique design features that make modern life and all its celebrations possible. 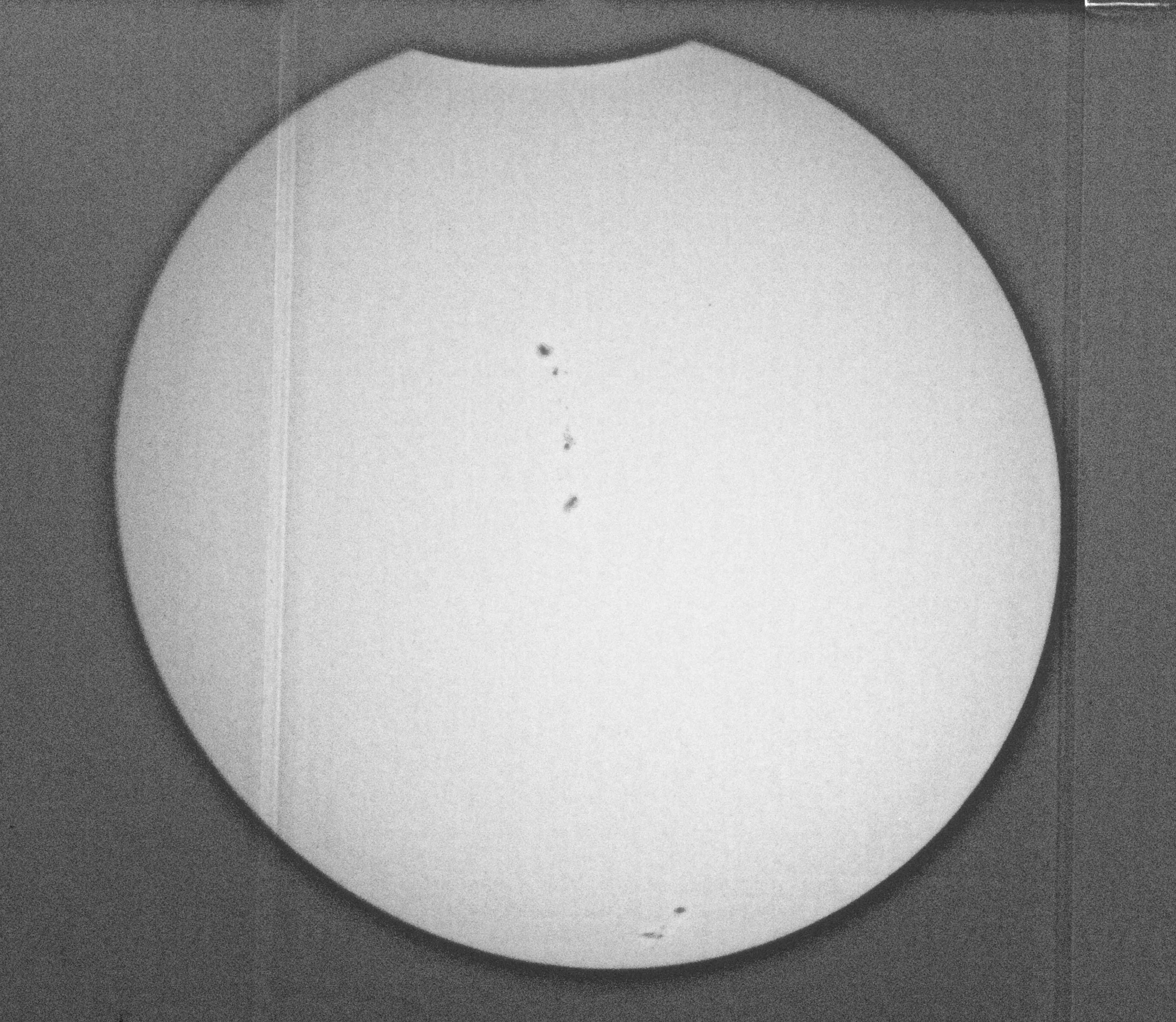 How often have you heard that “the Sun is just an average star?” If you’ve watched many TV documentaries or read introductory astronomy books,...
Design

That “preference” manifests in a new research finding showing that in some species of beetles the Creator has crafted designs so amazing that scientists...
Evolution