Astronomers’ unusual but effective means of detecting helium hydride has generated excitement among researchers by helping to account for the “missing helium hydride” in big bang creation models. This discovery also supports how the Bible describes the universe’s beginning, history, and structure.

Seminal figures such as Georges Lemaître, Albert Einstein, and Edwin Hubble are typically cited in science and history textbooks as the very first to describe the big bang characteristics of the universe. However, these three were upstaged by some 2,500 years or more by biblical authors Job, Moses, David, Isaiah, Jeremiah, and Zechariah, who repeatedly described the following four big bang cosmic characteristics:

I cite the Bible passages where these cosmic features are described in this online article.1 In the same paper I explain why these four features imply, in a highly predictable way, that the universe must get progressively colder as it gets older.

Over the past century, astronomers have subjected the big bang creation model to over a dozen scientific tests. It has passed each of these tests with flying colors. For those interested in the details, I describe these tests and how the model has successfully passed them in my book The Creator and the Cosmos, 4th ed..2

Big Bang Prediction: Helium Hydride
In the big bang creation model the universe begins with only one element, namely hydrogen. As the universe cools from a near infinitely high temperature, it spends less than a half a minute at the three-to-four minute mark after the cosmic creation event in the temperature range where nuclear fusion can occur. In this fraction of a minute about 25% of the primordial hydrogen by mass is fused into helium.

Search for Helium Hydride
Stars and life obviously exist in the universe. But where is the helium hydride? Astronomers’ decades-long search for helium hydride in outer space had turned up empty—until now.

Planetary nebulae have nothing to do with planets. They are emission nebulae that consist of an expanding shell of ionized gas being ejected from red giant stars toward the end of their stellar burning phase. The best-known planetary nebulae are the Dumbbell Nebula (see figure 1) in the constellation Vulpecula and the Ring Nebula (see figure 2) in the constellation Lyra. Both are visible with binoculars. 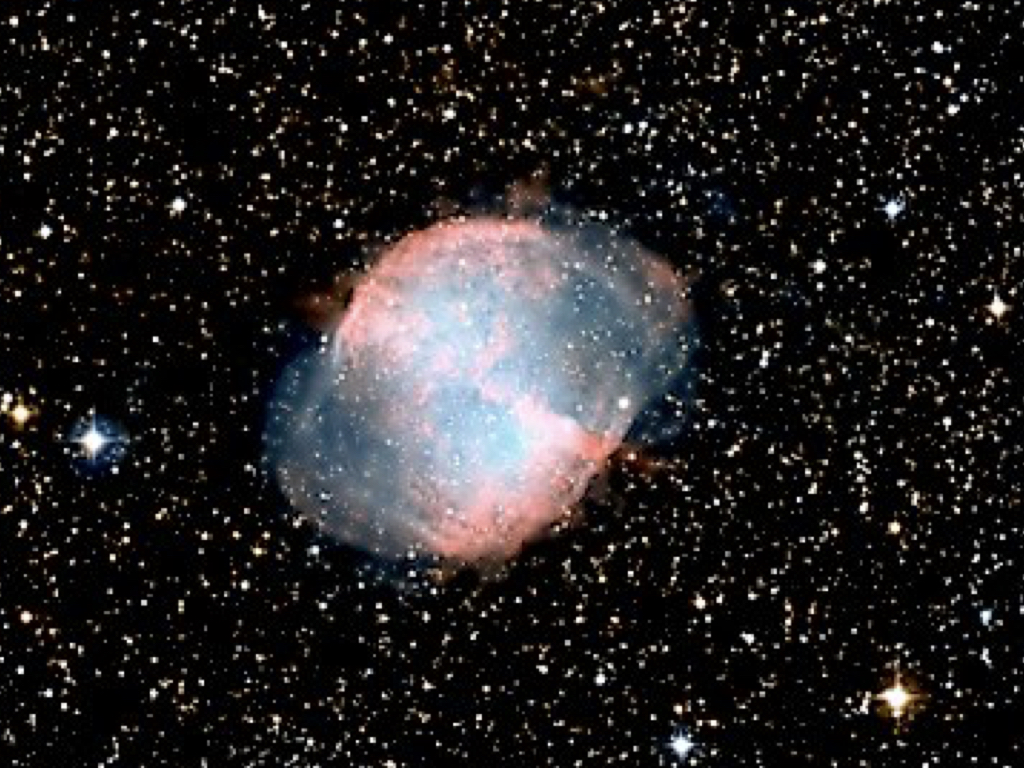 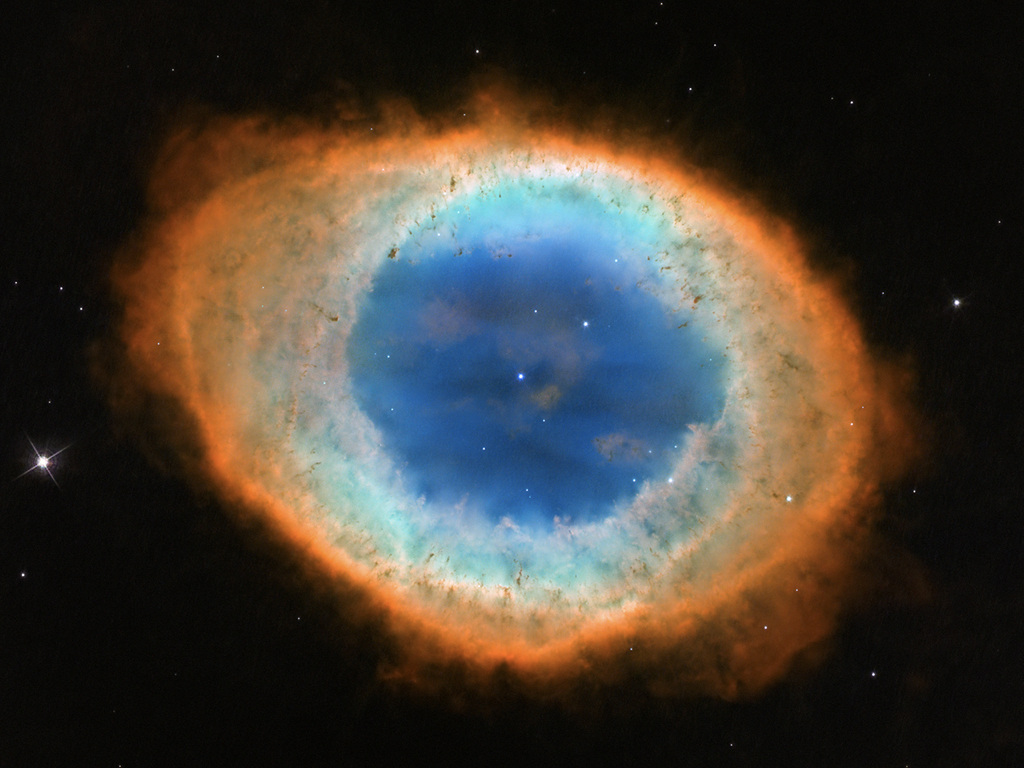 Discovery of Helium Hydride
One planetary nebula is very young (only 600 years old) and especially dense. That planetary nebula, NGC 7027 (see figure 3), is also one of the visually brightest planetary nebulae. Like the Dumbbell and Ring Nebulae, it is easily visible in a pair of binoculars. 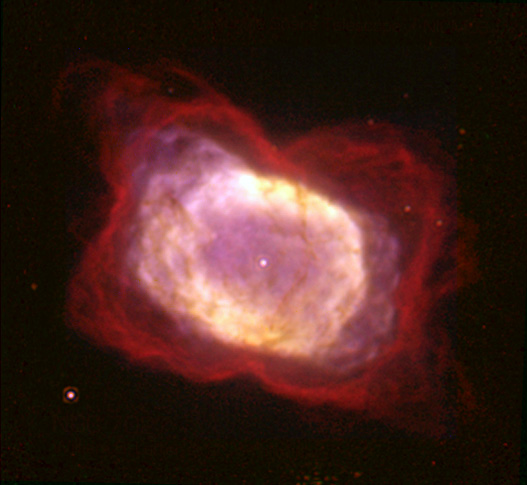 Güsten’s team used NASA’s Stratospheric Observatory for Infrared Astronomy (SOFIA). SOFIA is the world’s largest airborne telescope. The telescope is mounted in a Boeing 747 jet plane. By being flown high in the stratosphere, SOFIA was able to detect the 149.1-micrometer spectral line of helium hydride, a detection that was impossible for ground-based telescopes.

Future observations of that spectral line promise to provide detailed insights into the formation of the universe’s first stars—details such as how many such stars form and how big these stars are. With the James Webb Space Telescope (scheduled for a 2021 launch) astronomers will finally possess the power to detect the universe’s first stars. With that detection, we can look forward to a much more detailed cosmic creation model. Meanwhile, thanks to the Güsten team’s discovery, a critical prediction—the presence of helium hydride—of the biblically predicted big bang creation model has been affirmed.

Most of us have received a bit of information at one time or another that seemed too bizarre to be true. If we hear...
Astronomy

Exciting developments in astronomy and particle physics appear to be providing probable, though not yet positive, evidence for the existence of sterile neutrinos and...
Astronomy

A “paradox” is not two articles residing on your computer. Nor is it two PhDs. Rather, it is an apparent contradiction for which known...
Creation Views