It may be surprising to learn that a star orbiting the Milky Way Galaxy’s black hole has produced evidence for one of the most tested and implication-laden theories of science—general relativity—but that’s what’s happened. An international team of astronomers, equipped with sophisticated measuring instruments, has analyzed data they’ve captured from recent measurements of the star’s orbit and provided evidence buttressing the idea of a cosmic beginning and, hence, a causal agent. I’ll explain the findings in this post and will discuss the philosophical implications in next week’s entry.

Implications of a Beginning
Albert Einstein’s theory of general relativity gave astronomers their first indication that the universe had a beginning, implying a cosmic Beginner. As I demonstrated in my first full-length book, The Fingerprint of God, a straightforward solution of the equations of general relativity demonstrated that the universe was expanding.1 Early twentieth century astronomers recognized that this cosmic expansion implied a cosmic beginning with consequent philosophical inferences.2 The most fundamental of these inferences was that a cosmic beginning implies that something or Someone caused it.

In the late twentieth and early twenty-first centuries, astronomers and physicists deduced powerful space-time theorems from general relativity.3 These theorems establish that even space and time are created entities, implying that a Causal Agent beyond space and time created our universe. Hence, increasing evidence for the veracity, reliability, and generality (ubiquitous applicability) of general relativity (including weak, strong, and extremely strong gravitational field tests) also provides increasing evidence for the God of the Bible and for a biblical cosmic creation model.

Weak and Strong Gravitational Field Verifications of General Relativity
As I have documented in my book The Creator and the Cosmos, 4th edition, general relativity has passed every conceivable weak gravitational field test with flying colors.4 In two recent Today’s New Reason to Believe blogs I described how observations of gravitational waves emitted as a result of two neutron stars merging to produce a black hole and two black holes with masses equal to 29 and 36 times the Sun’s mass merging to make a black hole of mass 62 times the Sun’s mass established the validity of general relativity for strong gravitational fields. You can watch a computer animation of a neutron star merging event here.

Extremely Strong Gravitational Field Tests of General Relativity
However, until very recently, tests of general relativity in the vicinity of extremely strong gravitational fields had been lacking. The orbit of the star S0-2 (also known as S2) around the supermassive black hole at the center of our galaxy provides such a test.

S-stars are nuclear burning stars with masses greater than the Sun that formed in star clusters near the galactic center, escaped from their clusters, and migrated into close orbits around our galaxy’s supermassive black hole, Sagittarius A* (Sgr A*). Figure 1 shows the S stars that most closely orbit the supermassive black hole.

Of all S stars, S0-2 has the closest orbit about Sgr A*, with an orbital period of only 16 years. Also, at 13.6 times the Sun’s mass it is the most massive of the S stars. Hence, it is by far the best star for astronomers to use in testing the validity of general relativity in an extremely strong gravitational field. 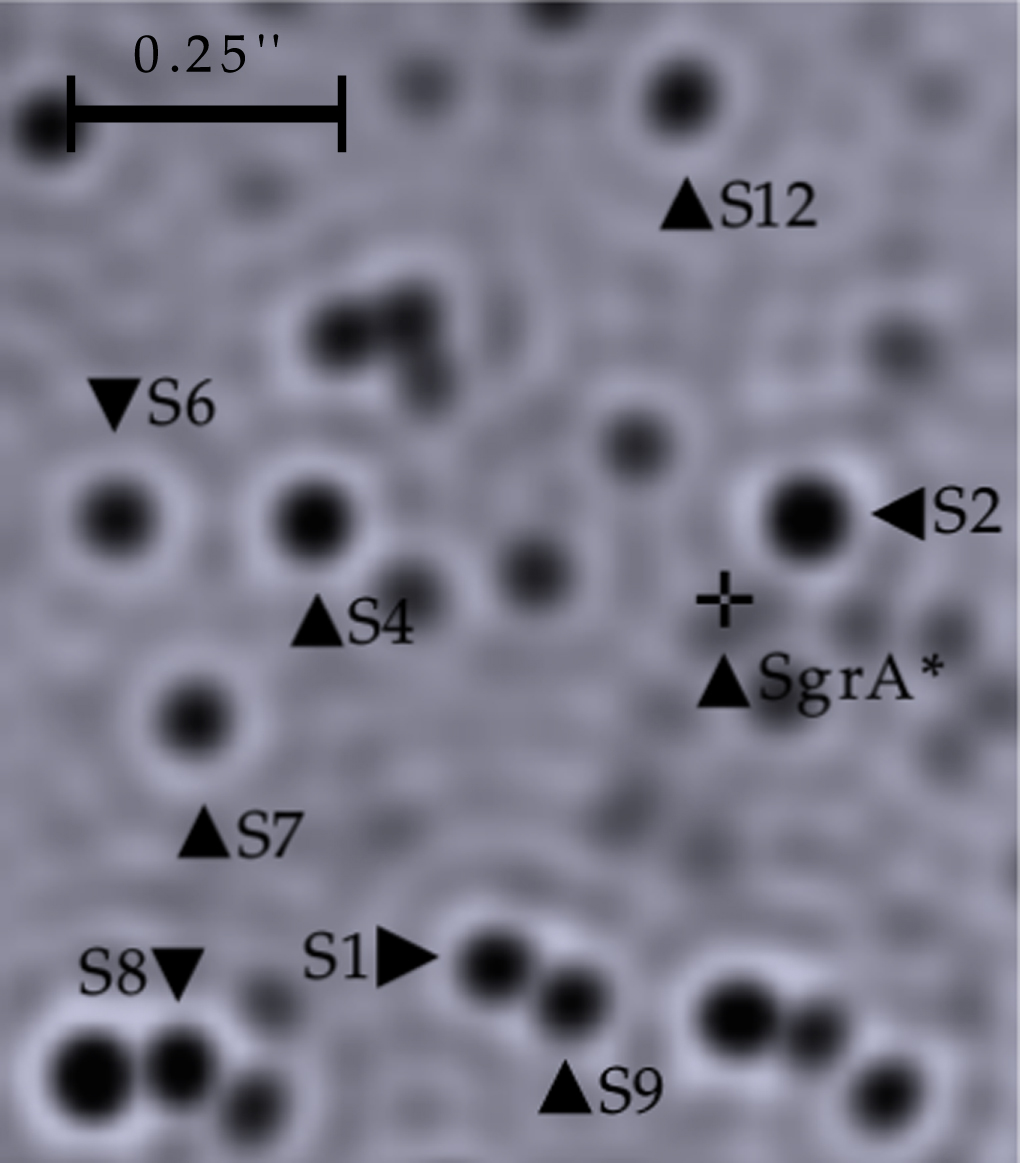 Figure 1: S-stars in the Vicinity of Sagittarius A* (SgrA*), the Supermassive Black Hole at the Center of Our Galaxy
The cross just below and left of the star S2 marks the position of the Milky Way Galaxy’s supermassive black hole.
Image credit: M. Habibi et al., Astrophysical Journal 847, id. 120.

In May 2018, S0-2 reached the point of closest approach in its orbit about Sgr A* at a distance 120 times farther than Earth is from the Sun. At that time, its orbital velocity was 2.7% the speed of light or 18 million miles per hour (29 million kilometers per hour)! In March and September of 2018, S0-2 passed through its maximum and minimum velocities, respectively, along the line of sight with Earth. An international team of 29 astronomers observed these three velocity events with three different high precision spectroscopic instruments attached to three different telescopes (the W. M. Keck Telescope, the Gemini North Telescope, and the Subaru Telescope).5 All three instruments and all three telescopes were used for all three events. Their observations, combined with slightly less precise measurements of S0-2’s orbit from 1995–2017 (I reported on these previous measurements in a blog posted on April 2, 2018), yielded an unprecedented extremely strong gravitational field test of general relativity.

Groundbreaking Test Results
This test was unprecedented not only in its accuracy, but also in its elimination of systematic uncertainties (uncertainties due to instrumental or measuring technique offsets). The team in their current and previous sets of measurements used four different imaging telescopes and nine different spectroscopic instruments. Furthermore, they were able to determine maximum possible systematic uncertainties by observations of bright radial velocity (velocity along the line of sight with Earth) standard stars of the same spectral type as S0-2.

The team’s measurements also constrained two other important characteristics of the Milky Way Galaxy. First, they established that the Milky Way Galaxy’s supermassive black hole has a mass of 3.964±0.047±0.026 million times the Sun’s mass, where the 0.047 is the probable random error and 0.026 the calculated systematic error.7 Second, they determined that the distance from Earth to the galactic center is 7,946±50±32 parsecs (25,916±163±98 light-years), where the 50 parsecs is the probable error and the 32 parsecs is the calculated systematic error.8

The previous best measure of the mass of the Milky Way Galaxy’s supermassive black hole was 4.02±0.16 million solar masses.9 The previous best estimate of the distance to the galactic center based on an average of different measuring methods and a comparison of different statistical techniques was 8,122 parsecs (26,490 light-years).10

Although these technical details might seem superfluous for nonexperts, they show the rigor and scope of the work that excites researchers. Thanks to the team’s measurements and analysis of the orbit of S0-2 about our galaxy’s supermassive black hole, the validity and reliability of general relativity have now been established for the full range of gravitational field strengths. This comprehensive verification further strengthens the case for a cosmic beginning—and for a Causal Agent beyond space and time who created our universe.

I’ll explain in next week’s post how there might be possible loopholes for escaping the implications of a cosmic beginning and how the team’s extensive research addresses them. I also will explain how the team’s research combined with another new set of measurements largely resolved the recently claimed discrepancy in the cosmic expansion rate and removed consequent doubts in certain big bang creation models. Finally, I will address the implications of a slightly smaller supermassive black hole in our galaxy’s core.

“What’s All This Higher Dimensionality Stuff?”, Part 7 of 7

Q&A: Do We Have a Reliable Starting Point for Radiocarbon Dating?

I have a nagging question about radiometric decay that I'm having trouble finding an answer to. In order to calculate something's age, we need...
Physics & Mathematics