Skeptics of big bang creation cite a loophole in their attempts to avert a beginning for our universe and, hence, the implication of a causal agent. A new discovery on gamma-ray emissions from a supergiant galaxy stands to address the loophole from early in the universe’s history in an “era” (an extremely brief moment after the beginning) called quantum gravity.

Big Bang Wiggle Room?
As I describe in my book The Creator and the Cosmos, the last-ditch loophole to escape a cosmic beginning that implies the existence of a Causal Agent beyond space and time (the God of the Bible) is speculation about the quantum gravity era.1 “Era” is a misnomer. It refers to a time back in the history of the expanding universe when the universe was smaller than the diameter of a fundamental particle. In the context of the big bang creation model, it refers to when the universe was younger than 10-43 seconds old!

The quantum gravity era is that imperceptibly brief moment when:

The experimental limitation combined with the lack of a testable quantum gravity theory has motivated some theoretical physicists to speculate that perhaps the universe had no beginning and, hence, no need for a cosmic Beginner. In other words, these physicists take advantage of our ignorance about the quantum gravity era to speculate that perhaps some strange physics operated in the quantum gravity era that would permit a possible escape from a cosmic beginning. I will summarize some of the latest experimental results in the next several sections. Not every reader will need the technical details. If that’s you, feel free to jump ahead to “Creation Implications.”

Constraining the Unknown
There will always be something unknown about the universe. Thus, skeptics can speculate about strange physics that somehow undoes everything scientists understand about the known universe. Nevertheless, we can affirm what we do know and constrain speculations about what we do not know by pushing back the frontiers of knowledge. An analogy I offered in The Creator and the Cosmos would be for me to speculate that my wife of 41 years may not actually exist.2 Instead, I have been fooled all these years by some kind of very sophisticated three-dimensional hologram embedded with artificial intelligence. One way I can push farther back into the realm of incredulity would be for me to conduct more and a greater variety of experiments and observations on my wife.

In a recent issue of the Astrophysical Journal, a team of 228 astronomers reported on how observations they performed on gamma rays emitted from the blazar Mrk 501 (see figure 1) constrain those quantum gravity models that speculate Lorentz symmetry is broken during the quantum gravity era.3 Lorentz invariance or Lorentz symmetry is the proposition that the laws of physics are the same for different observers—for example, no matter what the observer’s position, velocity, or rotation. It is a foundational principle of special relativity.

A blazar is a supergiant galaxy where the supermassive black hole in its nucleus generates a powerful jet of radiation that is aimed toward Earth (see figure 2). These jets exhibit flares over the entire electromagnetic spectrum. The highest-energy gamma rays in these flares allow astronomers to investigate propagation effects that determine the degree to which Lorentz invariance holds. 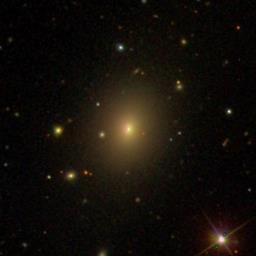 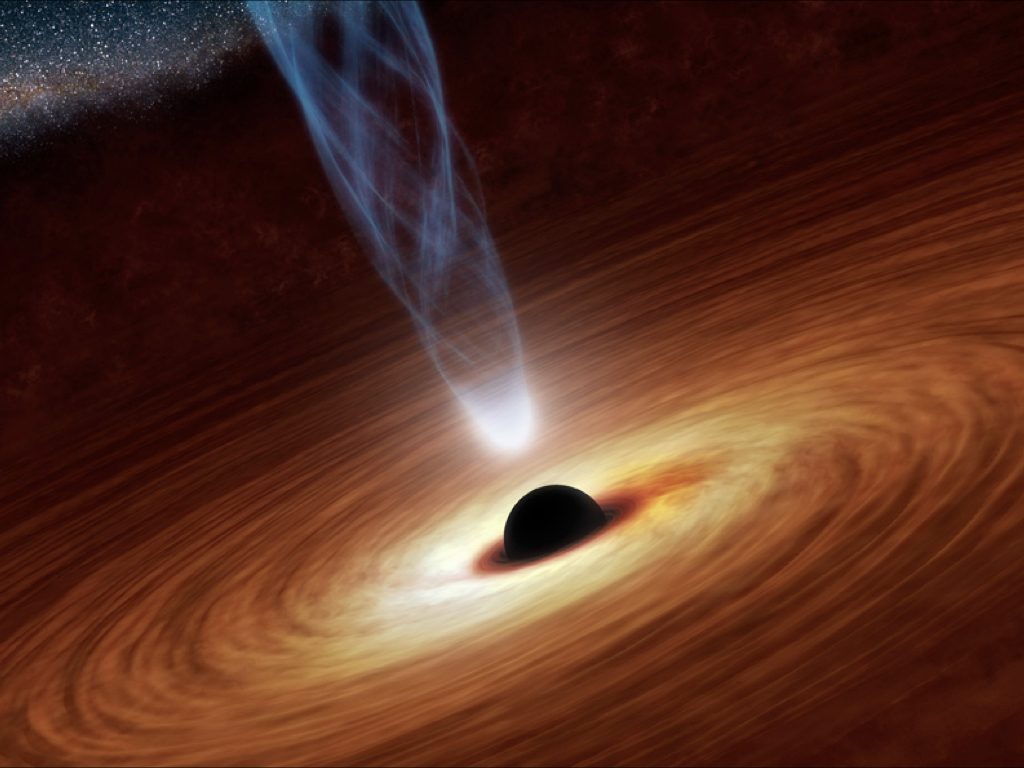 Local Lorentz Invariance Affirmations
In the laboratory and within the solar system, Lorentz invariance has been affirmed to an exceptionally high degree. For example, a limit on the cyclotron frequency variation of the antiproton has been established at the level of 10-26.4 University of California, Davis physicist David Mattingly has written an excellent open-access review of laboratory experiments that yield high-degree affirmations of Lorentz invariance.5 In my December 18, 2017 blog I reported on how 48 years of data from lunar laser-ranging experiments had placed upper limits on possible violations of solar-system-scale Lorentz invariance that were 100–1,000 times superior to previous best measurements.6

Constraining Quantum Gravity Speculations
Several quantum gravity approaches require Lorentz symmetry to be broken at energy scales relevant to the quantum gravity era, otherwise known as the Planck scale or Planck energy, which = 1.22 x 1019 GeV (1.96 billion joules or 543 kilowatt hours).7 The Planck energy is equivalent to the chemical energy in 57.2 liters (15.1 gallons) of gasoline compressed into a single subatomic particle.

A major problem for observational and experimental constraints on quantum gravity speculations is that the highest-energy photons observed by astronomers top out at about 400 GeV8, and the highest particle accelerator energies at about 1,300 GeV.9 That is, direct observations and experiments fall a factor of ten quadrillion short of reaching the Planck energy. (To reach the Planck energy requires a particle accelerator 170 quadrillion miles, or 29,000 light-years, long!) However, violations of Lorentz invariance at the Planck energy level predict potentially observable consequences for the highest-energy particles and photons that traverse great distances of interstellar or intergalactic space. Such observations are known as time-of-flight measurements of high-energy neutrinos and photons from distant sources.

In the June 2019 issue of Journal of High Energy Astrophysics, a team of ten Chinese astronomers and physicists reported on their analysis of the 2018 detection of a high-energy (2.9 x 105 GeV) neutrino that was coincident with a flare from the blazar TXS 0506+056.9 This blazar is about 5.7 billion light-years from Earth. It is only the third astronomical object (the other two being the Sun and supernova 1987A in the Large Magellanic Cloud 168,000 light-years away) from which physicists have detected neutrinos.

The team demonstrated that the association of the neutrino with the blazar flare placed limits on the energy scales of quantum gravity for both linear and quadratic violations of Lorentz invariance at greater than 3.2–37 x 1015 GeV and greater than 4.0–14 x 1010 GeV, respectively. While these limits fall 330 times short of the Planck scale, they represent a factor of a hundred thousand times improvement on previously established limits on linear Lorentz invariance violation energy scales in neutrino propagation.

In the September 2017 issue of Astrophysical Journal Supplement Series, a team of 145 astronomers reported that they had found no variation in the arrival times with respect to energy levels for high-energy gamma rays emitted by the Crab Nebula pulsar. Consequently, they determined limits on the Lorentz invariance-violating energy scale greater than 5.5 x 1017 GeV for a linear and greater than 5.9 x 1010 GeV for a quadratic scenario, respectively.10 Here, the established limit on the linear Lorentz invariance violation energy scale is only 22 times short of the Planck scale.

The team of 228 astronomers mentioned earlier has determined the best limit to date on Lorentz invariance-violating energy scales. Their limit came from analyzing observations of 100+ GeV gamma rays with the High Energy Stereoscopic System (H.E.S.S.) phase II array of Cherenkov telescopes (see figure 3) during a bright flare of the Mrk 501 blazar on the night of June 23–24, 2014. For the linear scenario using a spectral approach on the observed gamma rays, the 228 astronomers established a limit of greater than 2.6 x 1019 GeV, and for the quadratic scenario, a limit of greater than 7.8 x 1011 GeV.11 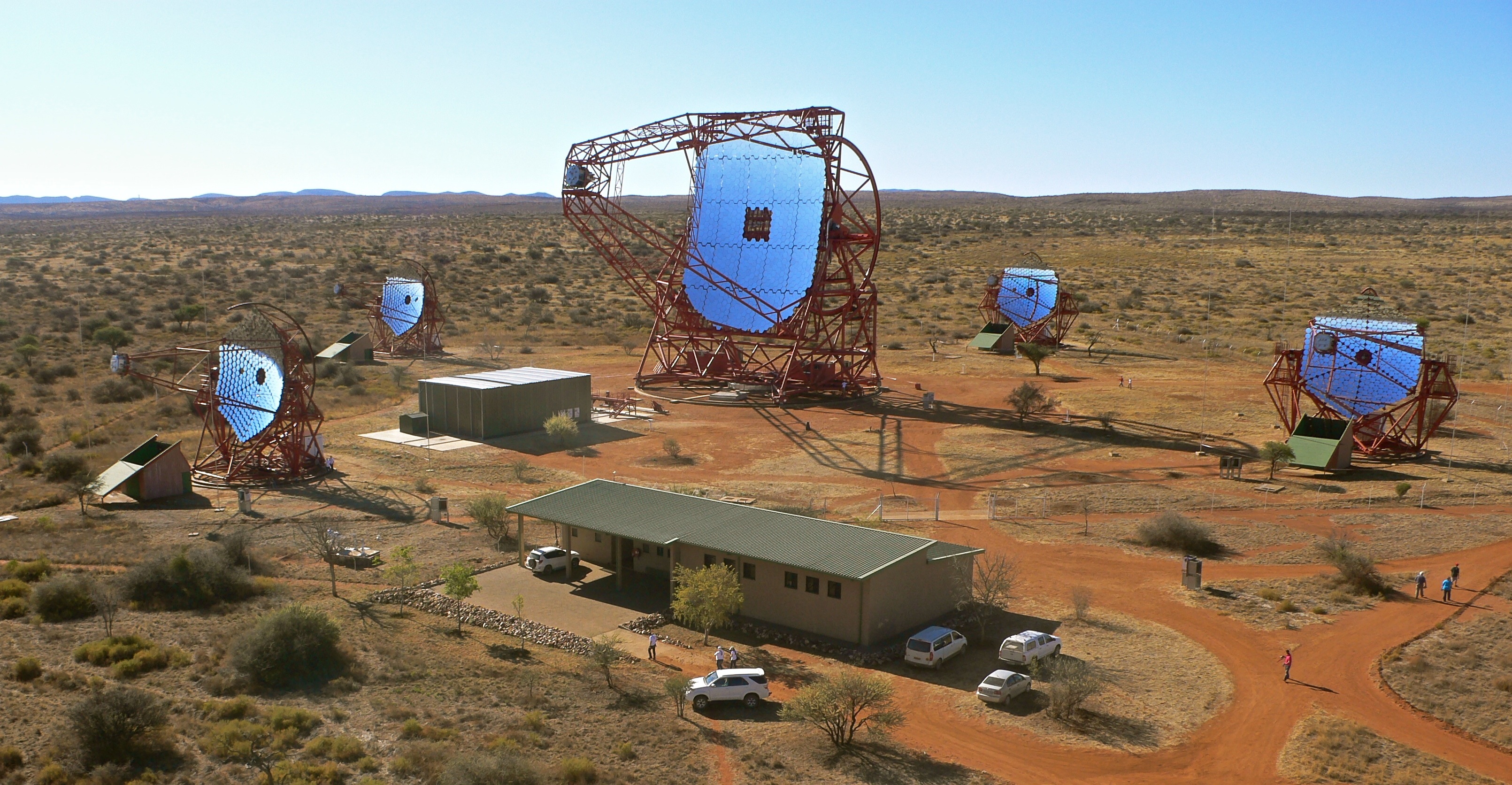 Creation Implications
For the first time, scientists have established a measured limit (of more than a factor of two) beyond the Planck scale. The lack of a positive signal of Lorentz violation in these new observations now requires cosmologists and theoretical physicists to restrict the classes of quantum gravity theories/space-time models that they should consider.

Scientific advance has constrained some of the nontheistic speculations about the quantum gravity era. The loophole now appears to be partially closed. This advance demonstrates that the farther we push back the frontiers of our scientific knowledge of the universe, the more strained it becomes to speculate a nontheistic explanation for the universe and the stronger the evidence becomes for the biblical cosmic creation model.12

How Do I Respond When Others Are Curious about My Faith as a Scientist?

A few weeks ago I had the privilege of interacting with apologists from the RZIM (Ravi Zacharias International Ministries) Connect online community in a...
Theology

One of the most controversial topics that the Bible addresses is eschatology. This theological term literally means the study of last things—popularly known as...
Bible

From the Big Bang to Humans

Life abounds on planet Earth. We are familiar with numerous forms, like people, pets, insects, and fish. Using microscopes, we see a host of...
Design