In my last three blogs I described the inevitable climate instabilities that occur on Earth as a result of subtle variations in Earth’s rotation axis tilt and shape of its orbit about the Sun. For the first time, astronomers are paying serious attention to how similar variations affect the possible habitability of planets beyond our solar system. These studies are revealing extraordinarily fine-tuned design features in the solar system—and Earth in particular—that make Earth habitable not only for life, but also for animals, human beings, and global human civilization.

Natural Drivers of Climate Instability
As I mentioned in my blog, “The End of Civilization As We Know It? Part 3,”1 the ice age cycle of the past 2.59 million years of Earth’s history and the climate instability that the ice age cycle generates is predominantly driven by two natural factors. The first and most impactful factor is cyclical variations in Earth’s rotation axis tilt, aka obliquity. The second factor is cyclical variations in the elliptical shape, or eccentricity of Earth’s orbit about the Sun.

I will explain the scientific details of these two features for much of this post, especially because exoplanet researchers typically have not been definitive on whether possible liquid water could mean a planet may be habitable. If the details get too technical, you can move to the subheading beginning with the word, “Consequences.” 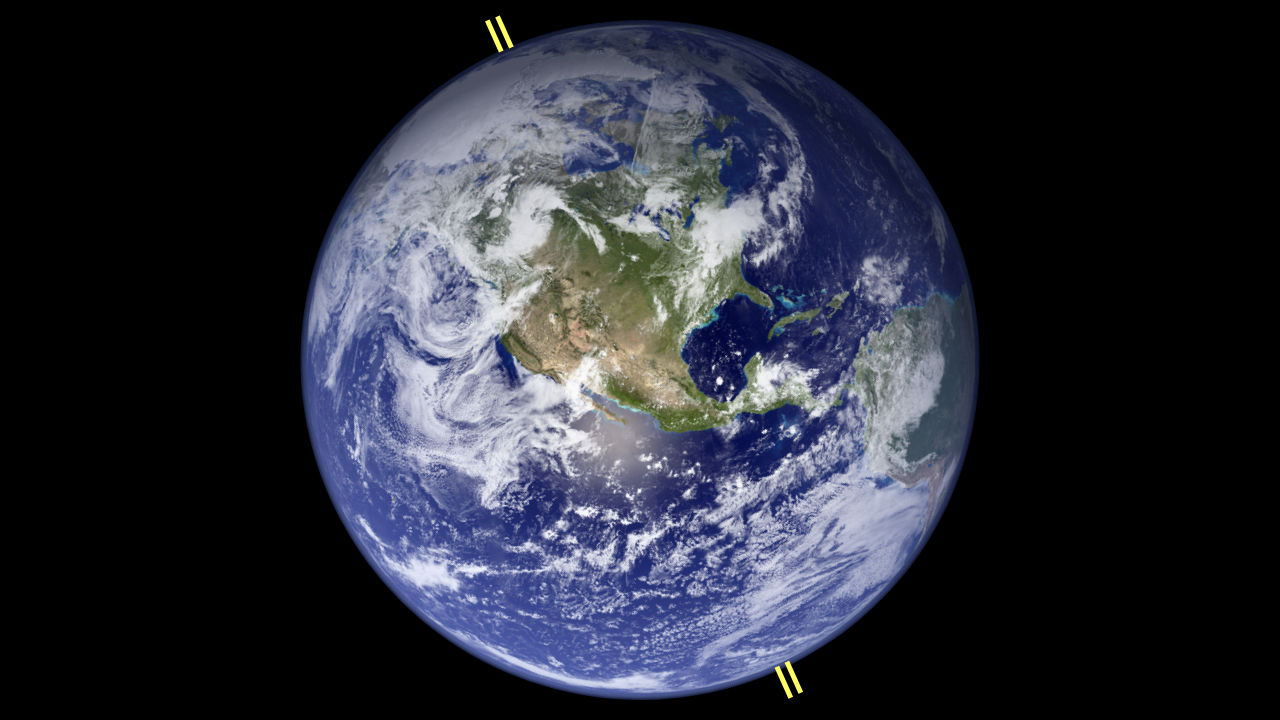 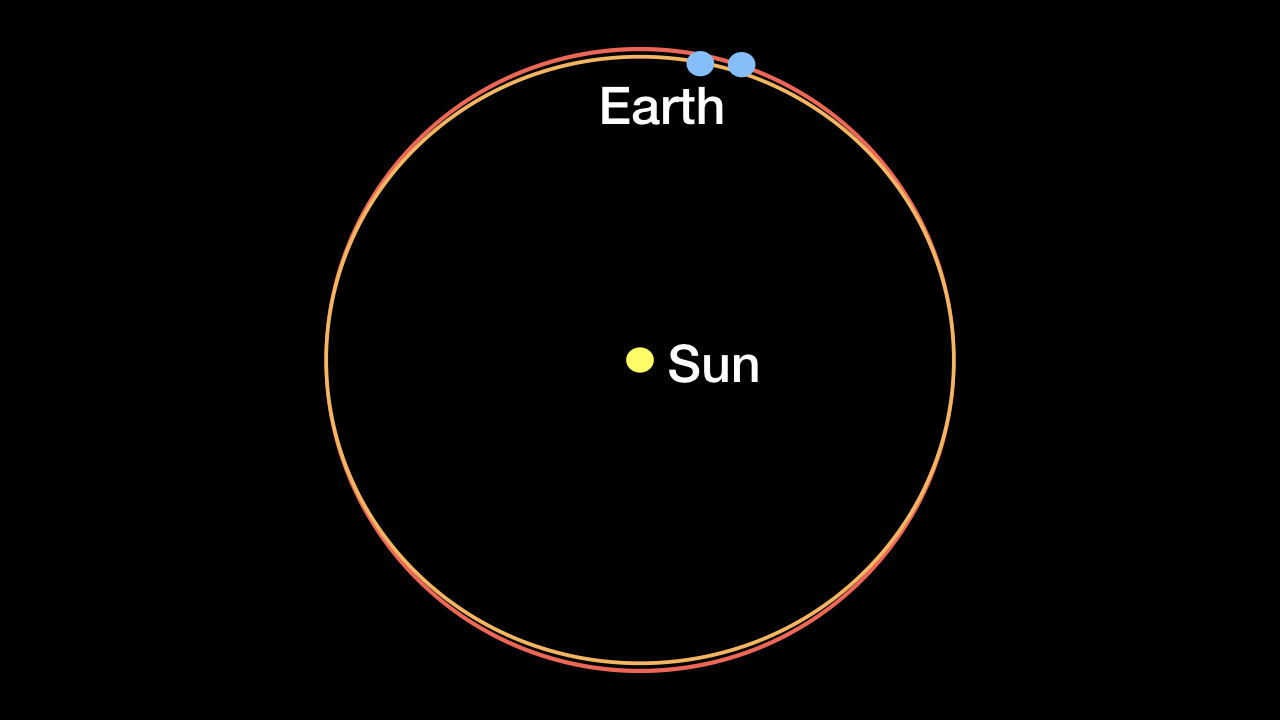 What keeps the variations in Earth’s obliquity so extremely low is that Earth, a relatively small planet, is orbited by a single very large moon that is only an average of 238,000 miles away. Compared to all other known moons, our Moon, relative to its host planet’s mass, is at least fifty times more massive.

Our Moon is an anomaly. It did not form like other known moons. As I describe in much detail in chapter 5 of Improbable Planet,2 it formed as a result of a low-velocity collision between the primordial Earth, at a time when Earth possessed a very deep ocean and a very thick atmosphere, and another planet.

So many features and events in this collision must be exquisitely fine-tuned in order to achieve a planet-moon system where advanced life on the planet is possible, that one Moon-formation expert, Robin Canup, complained about all the required “cosmic coincidences,”3 and another, Tim Elliott, noted that all the necessary fine-tuning features have led to “philosophical disquiet“4 among his peers. All this fine-tuning implies that it will be extremely unlikely that terrestrial planets sufficiently distant from their host stars to avoid tidal locking with their host stars and to conceivably possess liquid water on their surfaces will possess obliquity variations that are not much larger than Earth’s.

Earth’s Anomalous Orbital Eccentricity Stability
Changes in the gravitational forces exerted upon it by Jupiter, Saturn, Uranus, and Neptune, in that order of importance, have caused Earth’s orbital eccentricity variations. The solar system’s gas giant planets all orbit the Sun at more than four times the outer edge of the liquid water habitable zone—with orbital eccentricities that are low (0.0489, 0.0565, 0.0464, and 0.0095 respectively) and with masses less than 0.1 percent the host star’s mass. This is a unique feature of the solar system’s gas giant planets compared to the other 2,842 known planetary systems.5

The great distances of Jupiter, Saturn, Uranus, and Neptune from Earth, their relatively small masses, and their low eccentricities explain why the variations in Earth’s orbital eccentricity are so very low. It is extremely unlikely that extrasolar terrestrial planets sufficiently distant from their host stars to avoid tidal locking with those stars and that conceivably possess liquid water on their surfaces will possess orbital eccentricity variations that are not much larger than Earth’s. (A planetary system with no gas giant planets is not an option since the existence of such planets is crucial to prevent a conceivably habitable terrestrial planet from absorbing too many impacts from asteroids and comets from within and beyond the planetary system.6)

In the common event where one or more planets are scattered out of a planetary system either by planet-planet interactions, gravitational disturbances from a passing star, or galactic effects, the remaining planets will experience their orbital eccentricities and inclinations being boosted to high values.8 Dietrick’s team additionally demonstrated that a single large moon orbiting a small planet is no guarantee of stable tiny obliquity variations for the planet. Earth has minuscule obliquity variations only because the Moon induces a torque on Earth’s equatorial bulge that is much larger than the one induced by the Sun.9 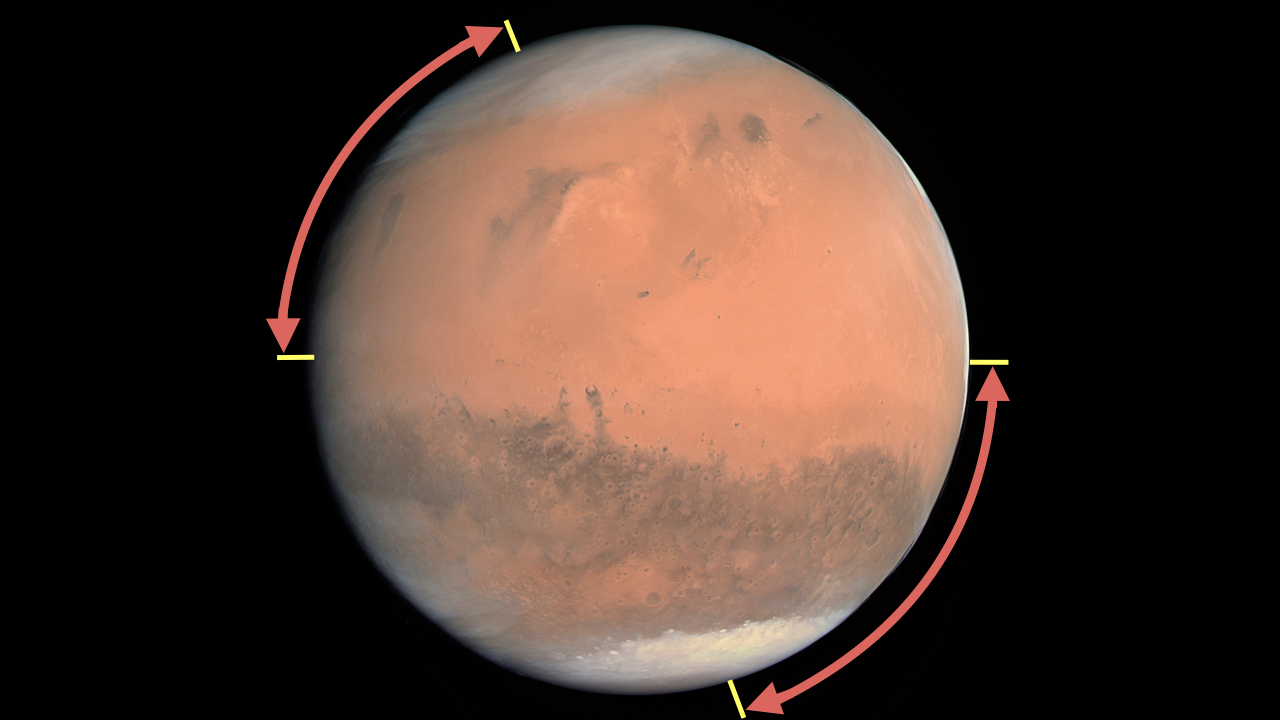 They demonstrated that an increase in orbital eccentricity does not always warm up an Earth-like planet. Owing to Kepler’s second law of motion, a planet will spend more time when the orbital distance is farthest from its host star than when it is nearest. If the orbital period is sufficiently long and the orbital eccentricity large, the planet can completely freeze over when the planet is in that part of its orbit when it is most distant from its host star. 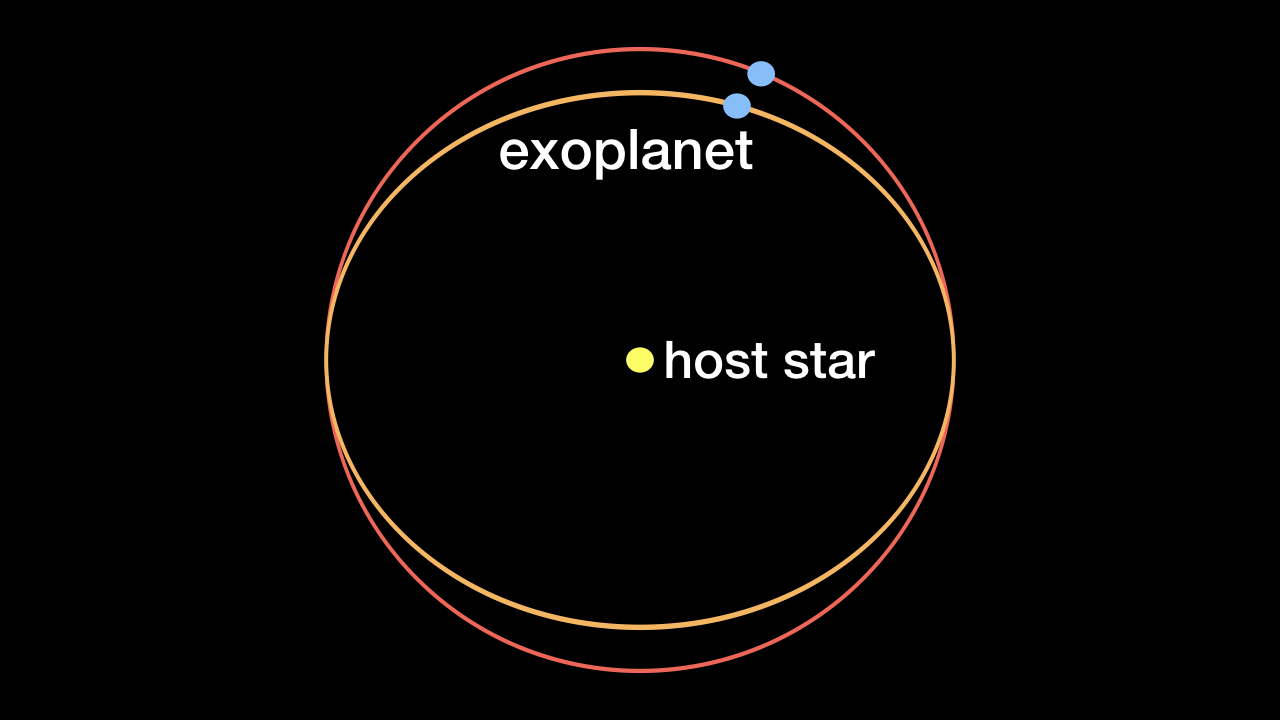 Consequences of Large Obliquity and Orbital Eccentricity Variations
The main focus of Deitrick’s team’s second paper is the habitability consequences of an Earth-like planet possessing either large obliquity variations or large orbital eccentricity variations, or both. The most significant consequence they established is that “large amplitude changes in obliquity and eccentricity cause the ice edge, the lowest latitude extent of the ice caps, to become unstable and grow to the equator.”11

That is, planets experiencing such variations are doomed to experience a runaway glaciation where the entire surface of the planet becomes covered in ice. Since ice reflects light from the host star much more efficiently than any other possible planetary surface cover, the glaciation cover likely will remain even when the planet’s obliquity and orbital eccentricity changes would otherwise warm the planet. The exception to this permanent glaciation catastrophe would be cases where the planet’s obliquity variation or orbital eccentricity variation is so large that the planet oscillates between all its surface water being evaporated into steam and all its surface water being frozen into ice.

For Earth, its carbonate-silicate cycle has rescued it a few times from slushball events, where the ice edges of the ice caps reached down into tropical latitudes but stopped short of the equator.12 Dietrick’s team explained that a possible carbonate-silicate cycle on an exoplanet with either large obliquity or large orbital eccentricity variations will not help. Possible carbonate-silicate cycles operate on timescales of a half-million years or more. For Earth-like planets, severe climate changes generated by large obliquity or orbital eccentricity variations will operate on timescales of a few years or less. Such planets will evolve from completely ice-free to completely ice-covered in only thousands of years.

Deitrick’s team intends to bring out more follow-up papers in order to determine in detail the nature of consequences for exoplanets experiencing large obliquity or orbital eccentricity variations. What they have produced so far, however, establishes that the so-called liquid water habitable zone for exoplanets is severely impacted by probable large planetary obliquity and orbital eccentricity variations. Thus, the estimated number of exoplanets that are presumed to possibly possess stable surface liquid water needs to be diminished by at least a few orders of magnitude.

Supernatural Implications
Deitrick and his team do not discuss what their research implies about Earth’s habitability. Their excellent work shows that the fine-tuning designs that have made Earth continuously habitable for 3.8 billion years of abundant, diverse life, and has made possible the existence of a large population of human beings enjoying global, high-technology civilization, has been grossly underestimated by most scientists. Their research adds to the already overwhelming scientific evidence that a supernatural, superintendent Creator personally designed Earth for the specific benefit of life and of human beings in particular.

Scientific advance has given human beings reason to be grateful for a certain bacterium. A team of American and German geneticists has found new...
Design

I remember being taught as a child that the humpback whale must be an accident of nature. The weird bumps along the leading edge...
Biology

When asked what the study of nature told him about God, the legendary biologist J. B. S. Haldane quipped, "The Creator must have an...
Design