I have a problem with the Star Wars movies. Each saga film opens with the famous words, “In a galaxy far, far away.” We astronomers have observed thousands of far, far away galaxies and, unfortunately for Luke Skywalker and friends, none possess the features that support advanced life. Our Milky Way Galaxy is the only known life-friendly galaxy.

The list of characteristics necessary for life is long. In the last few weeks, months, and years astronomers have discovered yet another feature of the Milky Way Galaxy (MWG) that makes it uniquely qualified to host advanced life. It possesses a supermassive black hole like no other.

As I explained in last week’s blog, a supermassive black hole has a mass that exceeds one million times the Sun’s mass. All medium, large, and giant galaxies possess a supermassive black hole (SMBH) in the central part of their core. From just outside their event horizons, these SMBHs emit deadly radiation that renders advanced life impossible in these galaxies. Sometimes this radiation is so powerful that it renders advanced life impossible in all galaxies within its vicinity.

SMBH in the Milky Way
If the radiation from SMBHs in other galaxies is deadly, then why can’t we say the same of the radiation from the SMBH in our galaxy? Part of the answer to this question is that the MWG possesses an exceptionally low-mass SMBH. Its SMBH weighs in at only 4.02±0.16 million solar masses.1 This low mass establishes a limit on how much deadly radiation can emanate from the MWG’s SMBH.

Our local SMBH’s low mass is truly extraordinary. Astronomers have determined consistent correlations between four different galaxy characteristics and the respective masses of the galaxies’ SMBHs:

A globular cluster is a very dense array of 100,000–10,000,000 stars (see figure 1). A galaxy’s central bulge refers to its core, where the density of stars is equal to, or near, that of a globular cluster’s star density (see figure 2). The velocity of the gas in the galaxy’s central bulge is directly proportional to the mass of its SMBH. Gas velocity can be difficult to measure. Fortunately, the velocity dispersion of stars in a central bulge is easier to measure and has been demonstrated to correlate tightly with the gas velocity. 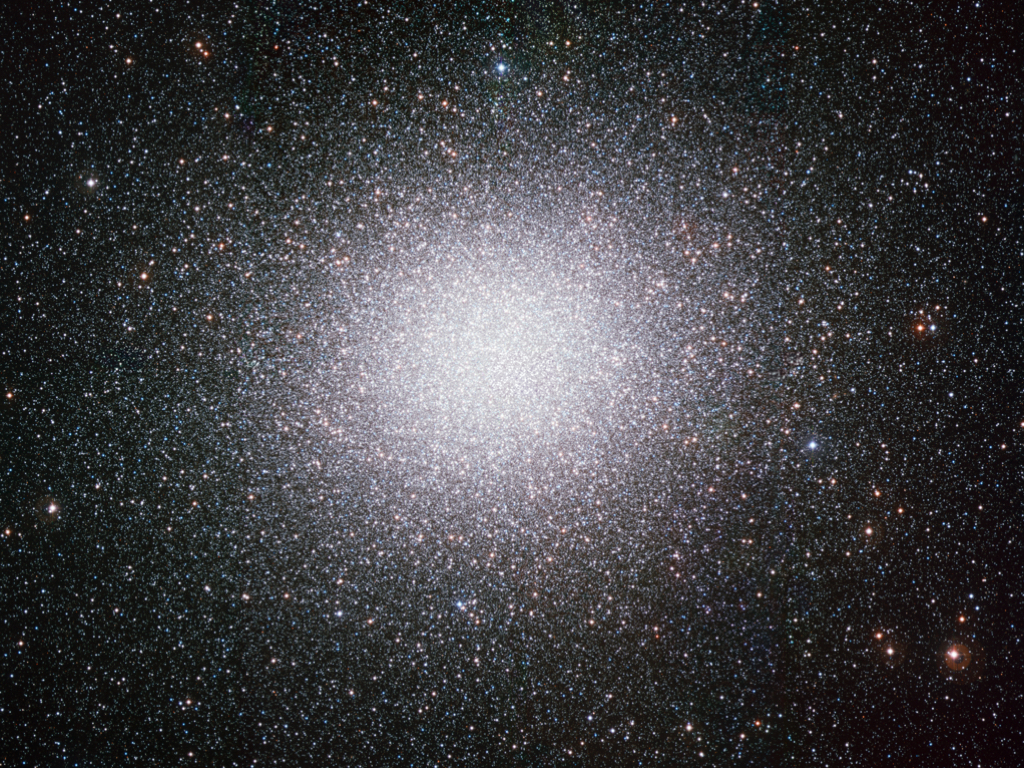 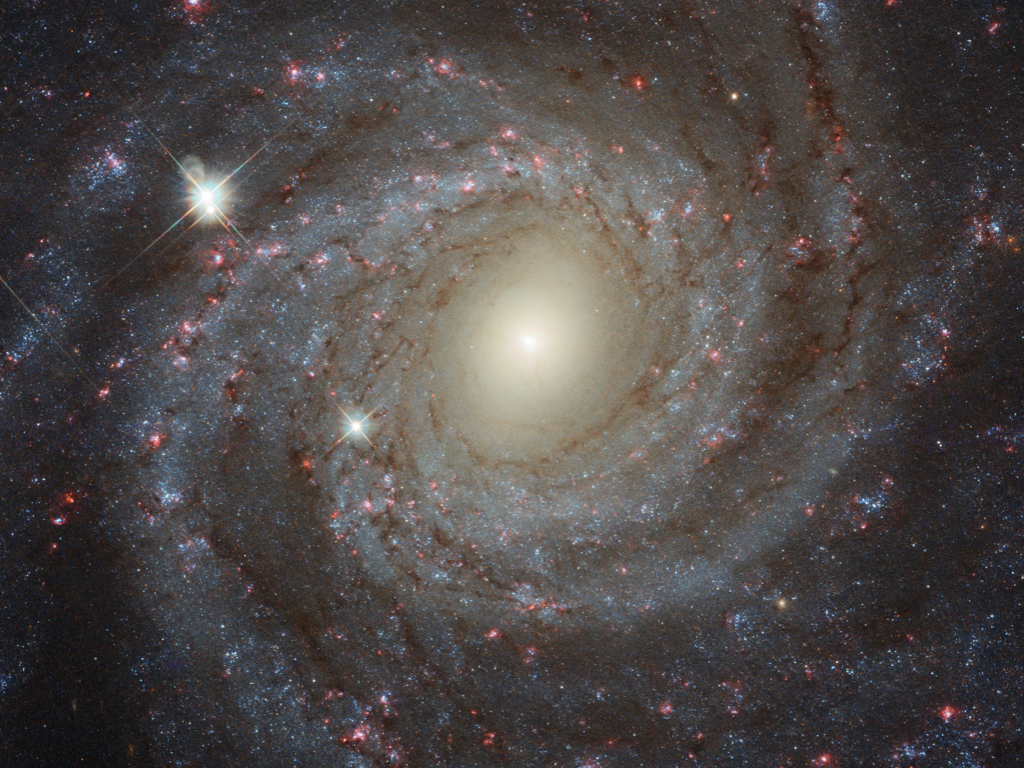 Figure 2: Central Bulge of the NGC 3344. The central bulge is the solid white, oval-shaped region. For most galaxies, the central bulge contains about half the galaxy’s stars. Image credit: NASA/ESA/Hubble Space Telescope/STScI

However, astronomers Kastytis Zubovas and Andrew King have demonstrated that SMBH mass measurements differ based on the type of host galaxy.6 For example, these correlations indicate higher SMBH masses for supergiant elliptical galaxies in the cores of large galaxy clusters than they do for elliptical field galaxies that exist outside of, or on the fringes of, galaxy clusters. Likewise, these correlations indicate higher SMBH masses for elliptical field galaxies than they do for spiral galaxies. And among spiral galaxies, other astronomers have shown that spiral galaxies manifesting a central bar structure tend to possess slightly less-massive SMBHs than do spiral galaxies without a central bar structure.7

Because the MWG is a spiral galaxy that possesses a central bar structure (see figure 3), astronomers would expect an SMBH mass somewhat lower than what the four correlations would otherwise indicate based on the average properties of the known population of galaxies. However, the MWG possesses a much lower SMBH mass than what this small adjustment would imply. 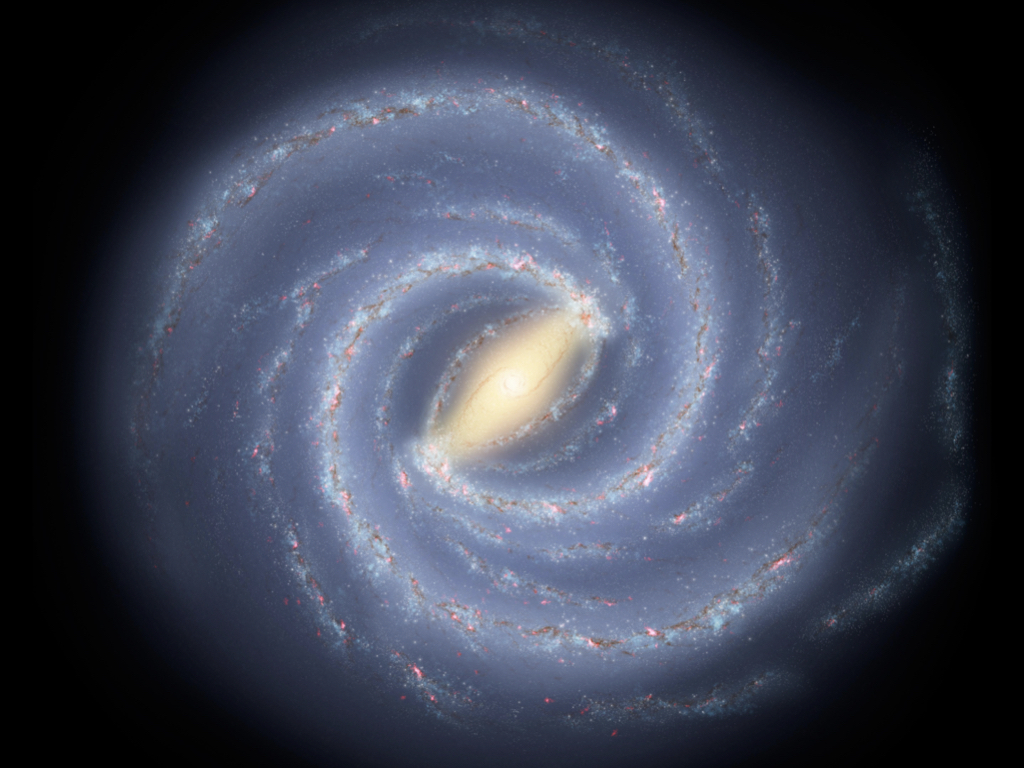 Figure 3: Structure of the Milky Way Galaxy. This map of the MWG was constructed from observations across the electromagnetic spectrum of multiple components of the galaxy. Image credit: NASA/JPL-Caltech/R. Hurt

The mass of the Andromeda Galaxy’s SMBH is in agreement with the four correlations. Since the MWG possesses the same mass as Andromeda (the total mass for both = 1.5 trillion solar masses)8 and both are spiral galaxies with a bar,9 the MWG’s SMBH should be about the same mass. Instead, it measures to be about twenty times less massive.

Optimal SMBH
That the MWG’s SMBH is twenty times less massive than the SMBHs in other galaxies of the same size and structure means that our galaxy’s SMBH has about twenty times less potential to emit deadly radiation from the regions just outside its event horizon. That factor of twenty times is one reason why advanced life is possible in the MWG.

Another important reason why advanced life can exist in the MWG is that its SMBH is very quiet at present. The quantity and the intensity of deadly radiation emitted by an SMBH depend on how much gas, dust, comets, asteroids, planets, and/or stars are being drawn toward the SMBH’s event horizon. SMBHs in nearby galaxies consume a solar-type star on average about once every 100,000 years.10 When that happens, a bright flare lasting several months pours out deadly radiation throughout the galaxy. Stars smaller than the Sun get consumed in these galaxies about once every 10,000 years, resulting in deadly radiation lasting several days to weeks. These galaxies also consume molecular clouds of gas on time scales ranging from once a century to once every few millennia that likewise result in the emission of deadly radiation lasting days to weeks.

By comparison, the MWG’s SMBH produces tiny flares that last only hours but occur on an almost daily basis.11 In 2012, a team of three astronomers demonstrated that being surrounded by super-Oort clouds of comets and asteroids explains the near-continual high radiation activity from regions outside the event horizons of SMBHs in active galactic nuclei. It is likely that some kind of Oort cloud surrounds all SMBHs.12 A relatively modest Oort cloud surrounding the MWG’s SMBH explains the observed tiny frequent flares.13

As several astronomers have noted, the MWG’s nucleus is exceptionally quiet and has been for billions of years.14 The low mass of our galaxy’s SMBH, the tiny size of its surrounding Oort cloud, and the lack of merger events with large- and medium-sized dwarf galaxies over the past several billion years explain why life has survived and thrived on Earth throughout the past 3.8 billion years. That the activity level just outside the event horizon of the MWG’s SMBH has been extremely quiet throughout the past 10,000 years explains why global human civilization has flourished.

Cell phones. Internet. Television. These ubiquitous—and many would argue essential—technologies all rely on the transmission and decoding of radio signals. In particular, the proper...
Design

Aliens From Another World? Getting Here From There

A rising challenge to Christianity, both within and beyond the borders of America, springs from the popular obsession with UFOs (unidentified flying objects) and...
Design