People often use irony in humor, rhetoric, and literature, but few would think it has a place in science. But wryly, this has become the case. Recent work in synthetic biology has created a real sense of irony among the scientific community—particularly for those who view life’s origin and design from an evolutionary framework.

Increasingly, life scientists are turning to synthetic biology to help them understand how life could have originated and evolved. But, they have achieved the opposite of what they intended. Instead of developing insights into key evolutionary transitions in life’s history, they have, ironically, demonstrated the central role intelligent agency must play in any scientific explanation for the origin, design, and history of life.

This paradoxical situation is nicely illustrated by recent work undertaken by researchers from Scripps Research (La Jolla, CA). Through genetic engineering, the scientific investigators created a non-natural version of the bacterium E. coli. This microbe is designed to take up permanent residence in yeast cells. (Cells that take up permanent residence within other cells are referred to as endosymbionts.) They hope that by studying these genetically engineered endosymbionts, they can gain a better understanding of how the first eukaryotic cells evolved. Along the way, they hope to find added support for the endosymbiont hypothesis.1

Most biologists believe that the endosymbiont hypothesis (symbiogenesis) best explains one of the key transitions in life’s history; namely, the origin of complex cells from bacteria and archaea. Building on the ideas of Russian botanist Konstantin Mereschkowski, Lynn Margulis (1938–2011) advanced the endosymbiont hypothesis in the 1960s to explain the origin of eukaryotic cells.

Margulis’s work has become an integral part of the evolutionary paradigm. Many life scientists find the evidence for this idea compelling and consequently view it as providing broad support for an evolutionary explanation for the history and design of life.

According to this hypothesis, complex cells originated when symbiotic relationships formed among single-celled microbes after free-living bacterial and/or archaeal cells were engulfed by a “host” microbe. Presumably, organelles such as mitochondria were once endosymbionts. Evolutionary biologists believe that once engulfed by the host cell, the endosymbionts took up permanent residency, with the endosymbiont growing and dividing inside the host. 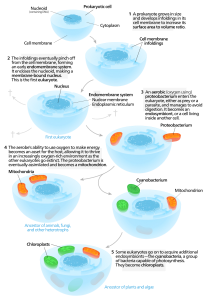 Life scientists point to a number of similarities between mitochondria and alphaproteobacteria as evidence for the endosymbiont hypothesis. (For a description of the evidence, see the articles listed in the Resources section.) Nevertheless, they don’t understand how symbiogenesis actually occurred. To gain this insight, scientists from Scripps Research sought to experimentally replicate the earliest stages of mitochondrial evolution by engineering E. coli and brewer’s yeast (S. cerevisiae) to yield an endosymbiotic relationship.

First, the research team generated a strain of E. coli that no longer has the capacity to produce the essential cofactor thiamin. They achieved this by disabling one of the genes involved in the biosynthesis of the compound. Without this metabolic capacity, this strain becomes dependent on an exogenous source of thiamin in order to survive. (Because the E. coli genome encodes for a transporter protein that can pump thiamin into the cell from the exterior environment, it can grow if an external supply of thiamin is available.) When incorporated into yeast cells, the thiamin in the yeast cytoplasm becomes the source of the exogenous thiamin, rendering E. coli dependent on the yeast cell’s metabolic processes.

Next, they transferred the gene that encodes a protein called ADP/ATP translocase into the E. coli strain. This gene was harbored on a plasmid (which is a small circular piece of DNA). Normally, the gene is found in the genome of an endosymbiotic bacterium that infects amoeba. This protein pumps ATP from the interior of the bacterial cell to the exterior environment.2

Researchers discovered that once taken up by the yeast cells, the E. coli did not persist inside the cell’s interior. They reasoned that the bacterial cells were being destroyed by the lysosomal degradation pathway. To prevent their destruction, the research team had to introduce three additional genes into the E. coli from three separate endosymbiotic bacteria. Each of these genes encodes proteins—called SNARE-like proteins—that interfere with the lysosomal destruction pathway.

Finally, to establish a mutualistic relationship between the genetically-engineered strain of E. coli and the yeast cell, the researchers used a yeast strain with defective mitochondria. This defect prevented the yeast cells from producing an adequate supply of ATP. Because of this limitation, the yeast cells grow slowly and would benefit from the E. coli endosymbionts, with the engineered capacity to transport ATP from their cellular interior to the exterior environment (the yeast cytoplasm.)

The researchers observed that the yeast cells with E. coli endosymbionts appeared to be stable for 40 rounds of cell doublings. To demonstrate the potential utility of this system to study symbiogenesis, the research team then began the process of genome reduction for the E. coli endosymbionts. They successively eliminated the capacity of the bacterial endosymbiont to make the key metabolic intermediate NAD and the amino acid serine. These triply-deficient E. coli strains survived in the yeast cells by taking up these nutrients from the yeast cytoplasm.

The Scripps Research scientific team’s work is impressive, exemplifying science at its very best. They hope that their landmark accomplishment will lead to a better understanding of how eukaryotic cells appeared on Earth by providing the research community with a model system that allows them to probe the process of symbiogenesis. It will also allow them to test the various facets of the endosymbiont hypothesis.

In fact, I would argue that this study already has made important strides in explaining the genesis of eukaryotic cells. But ironically, instead of proffering support for an evolutionary origin of eukaryotic cells (even though the investigators operated within the confines of the evolutionary paradigm), their work points to the necessary role intelligent agency must have played in one of the most important events in life’s history.

This research was executed by some of the best minds in the world, who relied on a detailed and comprehensive understanding of biochemical and cellular systems. Such knowledge took a couple of centuries to accumulate. Furthermore, establishing mutualistic interactions between the two organisms required a significant amount of ingenuity—genius that is reflected in the experimental strategy and design of their study. And even at that point, execution of their experimental protocols necessitated the use of sophisticated laboratory techniques carried out under highly controlled, carefully orchestrated conditions. To sum it up: intelligent agency was required to establish the endosymbiotic relationship between the two microbes. 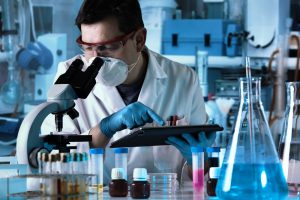 Or, to put it differently, the endosymbiotic relationship between these two organisms was intelligently designed. (All this work was necessary to recapitulate only the presumed first step in the process of symbiogenesis.) This conclusion gains added support given some of the significant problems confronting the endosymbiotic hypothesis. (For more details, see the Resources section.) By analogy, it seems reasonable to conclude that eukaryotic cells, too, must reflect the handiwork of a Divine Mind—a Creator.

New Discoveries about Ribosomes Add to the Case for Intelligent Design. As I mentioned last week, several years ago I worked in research and...
Biochemistry

... new insight provides researchers with a better understanding of how gene expression occurs in the early stages of embryo development. It also highlights...
Biochemistry