We appreciate the need for fresh insight on the science-faith relationship from experts in disciplines not covered by our own awesome quartet of scholars. Enter the Visiting Scholar Program. How it works is the current RTB scholars invite a colleague to spend a season, say a few months up to a year, in Southern California working at the RTB headquarters, helping us expand our resources (articles, podcasts, etc.) and develop our coverage of varying scientific fields. 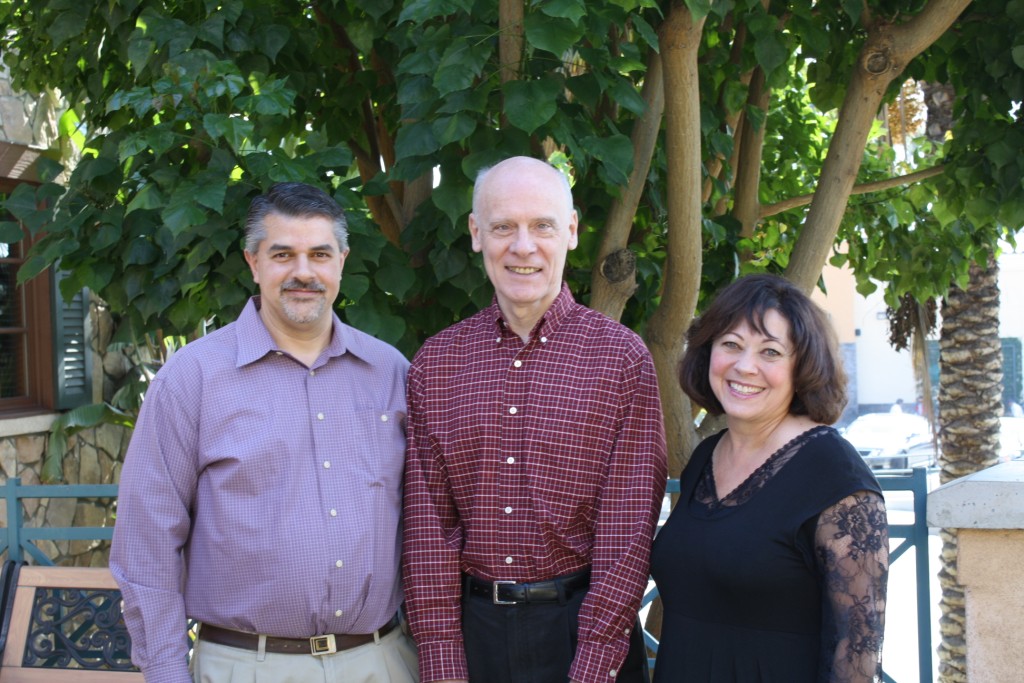 Our first visitor arrived on February 1. Hailing from Austin, Texas, Dr. Patricia Fanning is an RNA biochemist passionate about discussing science and ways it glorifies God. Her sunny personality, passion for biochemistry, and Cajun cooking (she’s a native of Baton Rouge) have already endeared us all to her.

Between settling in and adapting to life at RTB, Patricia took some time to chat with me about her enthusiasm for RNA, embryology, and murder mysteries.

So, how did you get involved in the Visiting Scholar Program?

PF: I had never even heard of old-earth creationism until about two or three years ago. My husband attended a men’s breakfast where he heard Hugh Ross speak. Neither of us knew who Hugh was prior to that day. When my husband came home he said, “You’ve got to investigate this guy.” So I began to check into Reasons To Believe and found that I really agreed with their theology and their science.

About three months later, I gave my first talk on behalf of Reasons To Believe at my local RTB chapter in Austin. From there I just continued to give talks and was involved in various things. The Austin chapter was instrumental in helping organize the Vibrant Dance of Faith and Science. Many of the volunteers for the Vibrant Dance came out of our chapter. I attended the conference and got an opportunity to talk to Fuz and the other scholars there. The second day of that conference is when Fuz asked if I would like to be a visiting scholar.

Where did you complete your college education?

PF: I went to the University of Dallas for a year and a half where I got to take my philosophy, theology, history, economics, and literature courses. I’m very grateful I took lots of my liberal arts there because their humanities were very rigorous. Later I transferred to Louisiana State University (LSU), which has equally good science and math as the University of Dallas. I graduated from LSU with a BS in premed. And then I went to LSU School of Medicine in Shreveport, Louisiana, for a year but soon decided medicine wasn’t for me. I waited until I was unconditionally promoted to my sophomore year of medical school before leaving.

Next, just out of pure interest, I earned the equivalent of a bachelor’s degree in computer science at North Carolina State University (NCSU). It turned out to be a good choice because when I went back to graduate school at NCSU to get a PhD in biochemistry I ended up working in an area called computational biochemistry. I applied computational methods to solving biological problems. That’s an overview of the technique I was using. But what I was actually working on was the structure of the ribosome. So my specialty is in RNA structure.

I’ve seen RNA pop up in a lot of Fuz’s Today’s New Reasons to Believe articles. Why is RNA such a hot topic?

PF: Beginning around 20 to 30 years ago, scientists discovered that RNA is able to carry out the functions of both DNA and proteins. We used to think RNA was more or less an inert molecule, just a vehicle for getting things done in the cell. Copies of DNA were made into an RNA form, those RNA forms went into the cytoplasm of the cell, combined with the ribosome, and proteins were created. So we saw RNA as the link between DNA and proteins, with the DNA as the genetic material and the proteins then going on to carry out most of the functions in the cell. We used to think of proteins as the only catalysts in cells; that is, they cause reactions to occur in the cell that would not have occurred otherwise.

We now know that RNA can serve as the genetic material for some viruses. (Some viruses have RNA genomes, not DNA.) So they’re capable of holding genetic information. And in addition, RNA can act as a catalyst. In the ribosome (machinery in our cells that produces proteins) the performing of the actual operations that cause proteins to be created is carried out by the RNA, not the proteins. The proteins in ribosomes are there as structural reinforcement, and they modulate some of the function. But the real heart of what goes on in the ribosome, the real molecule at the center of building proteins is RNA. So RNA can serve the functions of both DNA and proteins.

Amazing! So what kind of impact does this new information have on the evolution-creation debate?

PF: In the origin-of-life community debates used to center on the question of which came first: proteins or DNA? And now the most popular origin-of-life hypothesis doesn’t focus on either DNA or proteins; it is an RNA hypothesis. The RNA world hypothesis is the most prominent hypothesis for the origin of life. It says that RNA was the first molecule with biological type activity.

But RNA’s not just relevant to the evolution-creation debate. It’s rocked the world of biochemistry in all areas. There are three major classes of molecules in all living organisms: proteins, nucleic acids (like DNA and RNA), and fats and lipids. We now understand that small pieces of RNA are responsible for regulating a lot of our genes and many of the activities in the cell. We’re constantly uncovering new functions of RNA that we had no clue were even occurring in the cell. So RNA has really transformed our understanding of biochemistry.

What do you love most about biochemistry?

PF: I think it’s being able to understand mysterious things and how these things work. It’s a whole other world. I think people like me think in a different way. I can picture things happening in the cell in my mind. I form visual pictures in my mind of what’s going on and it’s just a different way of viewing the world. I’m an explorer! My childhood dream jobs were to be either a scuba diver—exploring the ocean floor—or an astronaut exploring outer space. So I’m an explorer at heart.

Check back on March 4 for the rest of the interview with Patricia, including an enlightening discussion on embryology and the uniqueness of humans.

February 14: “Were Lucy’s Feet Made for Walking?”

My husband enjoys watching “prepper” shows, where people spend significant time and money preparing to survive long after a disaster strikes. While most people...

The End of Civilization As We Know It? Part 1

Not a week goes by that I don’t get at least three questions about global warming. Frequently, what underlies these questions is a concern,...
Biology

Students of all ages frequently ask for ideas on how to tie in principles from RTB’s testable creation model to their research projects. So...
Education