I wrote this article when I first came to work for Reasons To Believe in 1998.

Influential British mathematician-philosopher Bertrand Russell once remarked, “I am as firmly convinced that religions do harm as I am that they are untrue.”

In his popular and controversial work Why I Am Not A Christian, Russell leveled the charge that Christianity in particular has served as an opponent of all intellectual progress, especially scientific progress.1 Since Russell’s time, other outspoken advocates of naturalism have echoed his claim, asserting that Christianity is incompatible with—even hostile to—the findings of modern science. Many in our culture view Christianity as unscientific, at best; anti-scientific, at worst. 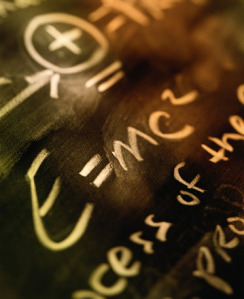 Supporting the Scientific Endeavor
The intellectual climate that gave rise to modern science (roughly three centuries ago) was shaped decisively by Christianity.3 Not only were most of its founding fathers themselves devout Christians (including Copernicus, Kepler, Galileo, Newton, Boyle, and Pascal)4 but the biblical worldview provided a basis for modern science to both emerge and flourish. Christian theism affirmed that an infinite, eternal, and personal God created the world ex nihilo. The creation, reflecting the rational nature of the Creator, was therefore orderly and uniform. Furthermore, God created humankind in his image (Genesis 1:26–7), making us uniquely capable of reasoning and of discovering the created order’s intelligibility. In effect, the Christian worldview supported the underlying principles that made scientific inquiry possible and desirable.

Eminent historian and philosopher of science Stanley Jaki argues that science was “stillborn” in other great civilizations outside Europe because prevailing ideas in those cultures stifled scientific development, including a cyclical approach to time, an astrological approach to the heavens, and metaphysical views that either deified nature (animism) or denied it (idealism).5

Producing the Scientific Method
The principles underlying the scientific method (testability, verification/falsification) arise from the Judeo-Christian Scriptures. Biblical doctrine clearly nurtured the experimental method.6 Because the Christian founders of modern science believed the heavens genuinely declare the glory of God (Psalm 19: 1), they possessed both the necessary conceptual framework and the spiritual incentive to boldly explore nature’s mysteries. According to Christian theism, God has disclosed himself in two dynamic ways: through special revelation (the Bible) and through general revelation (in nature). Puritan scientists in England and in America viewed the study of science as a sacred attempt to “think God’s thoughts after Him.”7

While believers have plenty of room to grow in the virtues of discernment, reflection, and vigorous analysis, the Old Testament wisdom literature consistently exhorts God’s people to exercise these virtues. And the New Testament teaches the same message (Colossians 2:8; 1 Thessalonians 5:21; 1 John 4:1). These principles served as the backdrop for the emerging experimental method (see endnote 6).

Compatibility with the Big Bang
The prevailing scientific notions of big bang cosmology and the emerging anthropic principle seem uniquely compatible with Christian theism. Since the universe had a singular beginning, we have a logical right and reason to inquire about its cause. 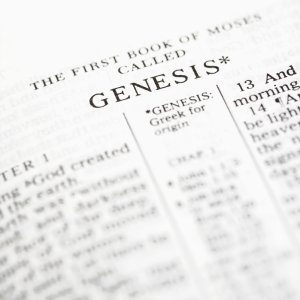 Gottfried Leibniz’s classic question, “Why is there something rather than nothing?” seems even more provocative in light of what we now know about the big bang universe. Is it more reasonable to believe that the universe came into existence from nothing by nothing or that, as the Bible says, “In the beginning God created the heavens and the earth”?

Naturalism’s Inadequacy
Philosophical presuppositions foundational to science include: the existence of an objectively real world, the comprehensibility of that world, the reliability of sense perception and human rationality, the orderliness and uniformity of nature, and the validity of mathematics and logic.8 These necessary preconditions are rooted in Christian theism’s claims of an infinite, eternal, and personal Creator who has carefully ordered the universe and provided man with a mind that corresponds to the universe’s intelligibility. This schema served as the intellectual breeding ground for modern science. It sustained science and enabled it to flourish. How does naturalism compare? Does it explain or provide fertile ground for the birth and progress of science?

Consider how a naturalist might answer the following questions, assuming blind, non-purposeful processes produced the world. How can such a world account for and justify the crucial conditions that make the scientific enterprise even possible? How does naturalism justify the inductive method, assumptions about the uniformity of nature, and the existence of abstract, non-empirical entities such as numbers, propositions, and the laws of logic? According to naturalism, isn’t even the human mind just one accident in a series of many accidents?9 If so, how can we have any confidence that it steers us toward truth? How could such a concept as truth even be conceived?

People take it for granted that the physical world is both ordered and intelligible. The underlying order in nature—the laws of physics—are simply accepted as given, as brute facts. Nobody asks where they came from; at least they do not do so in polite company. However, even the most atheistic scientist accepts as an act of faith that the universe is not absurd, that there is a rational basis to physical existence manifested as law-like order in nature that is at least partly comprehensible to us. So science can proceed only if the scientist adopts an essentially theological worldview.10

One may wonder if modern science would have arisen had the dominant metaphysical views of the time been naturalistic and materialistic. Renowned Christian philosopher Alvin Plantinga gives his opinion: “Modern science was conceived, and born, and flourished in the matrix of Christian theism. Only liberal doses of self-deception and double-think, I believe, will permit it to flourish in the context of Darwinian naturalism.”11

It seems that Christian theism is better suited to generating and sustaining the scientific enterprise.

Does It Matter How One Lives?

I noticed the following quote on a plaque in the lobby of the hospital where my son underwent surgery last week.
Evolution

Genetics Discovery in Snakes Adds Legs to the Case for Creation

The serpent caused Adam and Eve a lot of problems in the Garden of Eden. Snakes continue to create difficulties today, especially for creationists...
Evolution

Operon Synteny Brings Order to the Case for Intelligent Design, Part 2 (of 2)

Some researchers say that birth order plays an important role in shaping personality, intelligence, and even sexuality.
Evolution