Hollywood seems to thrive on doomsday scenarios. From an asteroid on a collision course with Earth to genetic therapy gone awry to catastrophic solar flares, scriptwriters find numerous ways to threaten humanity’s existence. Fortunately, in all of the movies, something always saves humanity. In real life, the threats are much worse and offer little hope, at least for humanity on Earth. So let’s survey some of the genuine and unavoidable threats to life on Earth.

The Sun Will Become One Hungry Monster

According to scientists’ calculations, the observable universe contains somewhere between 10 billion trillion and 1 trillion trillion stars (for those who like scientific notation, that’s 1022–1024). Every one of those stars went through a phase where hydrogen fused to helium in the core of the star. For the most massive of those stars, this hydrogen-fusing phase (called the main sequence by astronomers) lasts for just a few million years, whereas the lightest stars experience life on the main sequence for more than a trillion years. For stars with a mass similar to the sun, main sequence life lasts about 10–11 billion years. 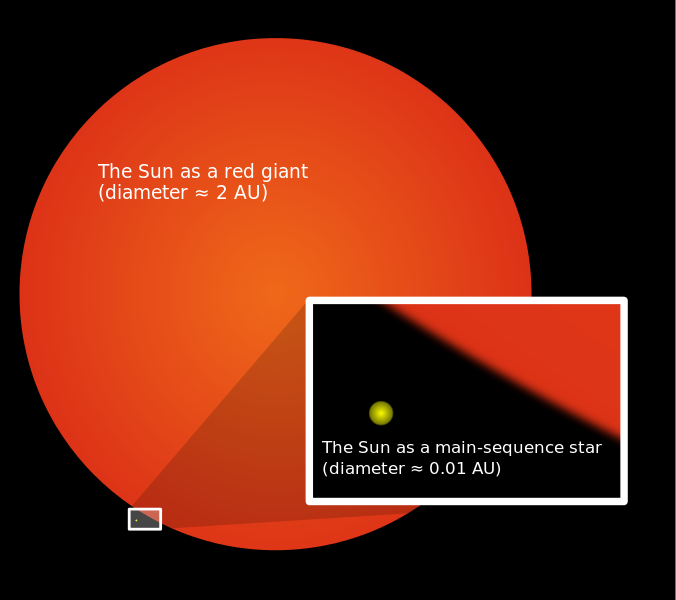 The sun will continue to grow brighter for the next 5–6 billion years until it depletes the hydrogen in the core. It will then contract, causing the core to heat up dramatically. Eventually, the temperature of the core will rise to the point where helium can fuse into carbon. The energy released when the sun enters this phase will cause the sun to swell enormously. The current radius of 432,000 miles will grow to around 90 million miles. At this radius, the sun will engulf Mercury and Venus, and likely even Earth. The exact scenario of Earth at this time is difficult to determine, but even if the sun does not eat Earth, the increased energy received from the sun will obliterate the atmosphere and turn the surface of the planet into molten lava. Either way, life has no chance to survive.

The Sun Will Destroy Earth’s Atmosphere and Oceans

Even before the sun either eats Earth or obliterates the atmosphere, it will wreak havoc on Earth’s capacity to support life. As the sun continues to brighten over the next couple billion years, the weathering of silicate rocks will also increase. This process removes CO2 from the atmosphere, reducing the greenhouse heating of the planet. However, plant-based life requires a minimum level of atmospheric CO2 for photosynthesis. Within the next 1 billion years, the CO2 level will drop below this minimum value, and all plant-based life will perish.1 Just for clarity, when plant-based life perishes, all animal life does as well.

Even if plant life survives dropping CO2 levels, a global temperature increase will finish them off. Roughly 1.5 billion years from now, Earth’s global temperature will rise to approximately 120°F (50°C). At this temperature, only the simplest life-forms—prokaryotes and protozoa—can survive. However, these higher temperatures cause water to evaporate more rapidly (it’s an exponential, not linear, increase). The subsequent rise in water vapor results in a global temperature climb above the boiling point of water (212°F) over the next 200 million years. While this has catastrophic effects for most life, ultimately these temperatures mix the water higher into the atmosphere where the sun’s radiation breaks the molecules apart and the hydrogen escapes into space. The lack of water also brings plate tectonics to a grinding halt, except for volcanic activity over hot spots in the earth’s mantle. With nothing to absorb the CO2 emitted from volcanoes, the planet will develop a thick, stifling CO2 atmosphere. Astronomers find a similar sequence of events on Earth’s sister planet, Venus.

How long will it take for all of Earth’s water to disappear and the planet to be completely sterilized? It will take less than 2.8 billion years (although the time is probably closer to 1.5 billion years).2 No matter how we look at it, life on Earth has an expiration date.

"Why don't we see new species emerging now?" Charles Darwin faced this question nearly 150 years ago when he proposed the theory of evolution....
Evolution

Another Disappointment for the Evolutionary Model for the Origin of Eukaryotic Cells?

We all want to be happy. And there is no shortage of advice on what we need to do to lead happy, fulfilled lives....
Biology

Mutations-How They Work and Which Worldview They Favor

Does evolution point to naturalism or to intelligent design? ... To force the observations to fit the paradigm just for the sake of maintaining the...
Evolution