Have you ever hard-boiled an egg? As the egg basks in the heat of the boiling water, the gooey, almost-liquid egg white and the gelatinous yolk slowly transform into spongy and powdery solids. Yet when the egg cools back to its original temperature, the interior remains solid. Why is that? You might be inclined to respond, “Because that’s the way eggs work.” True, but that seemingly ordinary property of eggs further demonstrates the remarkable (and likely unique) capacity of carbon to provide the chemical complexity that life requires. Although all life on Earth is carbon based, many scientists have speculated that other elements might support life in different environments. However, any proposed alternative must perform all the functions that carbon does.

A natural first thought would posit that the chemicals in the egg absorbed the heat and reacted to form different compounds, but that is not true. The same chemical compounds existed in the egg before and after boiling. So what happened?

When the chicken laid the egg, biological processes had taken the long, carbon-based molecules called proteins and folded them into a specific physical structure. Under normal biological conditions, the proteins fold inside the cell to perform specific functions. This folding depends on three things:

The bonding complexity of carbon facilitates all three requirements. Because each carbon atom forms multiple bonds, carbon is the backbone of amino acids. These amino acids incorporate nitrogen and oxygen because of carbon’s ability to form four bonds (see diagram below). Without the presence of oxygen and nitrogen, the hydrogen bonding required for the secondary, tertiary, and quaternary folding would not occur. 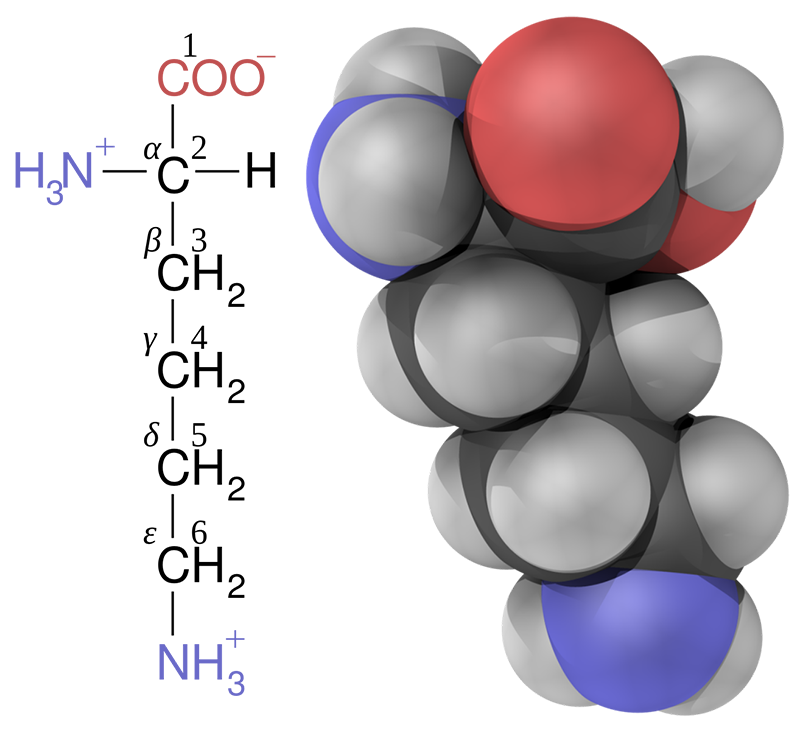 Figure: Each carbon atom in lysine forms bonds with some combination of four other atoms (either carbon, hydrogen, oxygen, or nitrogen).

Adding a small amount of energy by boiling the eggs breaks the relatively weak hydrogen bonds that allow the protein to fold, effectively uncoiling the long protein chains. The chains then clump together to form a tangled mess. Granted, that mess tastes good, but it is biologically useless.

Carbon provides the bonding complexity required for the proteins to properly perform all their functions. Additionally, scientific studies thus far show that no other element in the periodic table can match carbon’s ability to do so. Maybe future studies might show some other environment where a different element can provide the necessary complexity. Until then, anyone claiming that alternatives to carbon might support life bears the burden of proof to demonstrate how the alternative matches the well-designed nature of carbon.

Does Collagen Provide Evidence for Design?

Collagen is a family of proteins that includes the most abundant protein in our body; this family contributes structural strength to connective tissue in...
Biochemistry

Bacteria Organized by Design, Part 2 (of 2)

Admittedly, I am a geek, but strolling up and down the library aisles, surrounded by rows of bound journals, was a borderline religious experience...
Biochemistry

Where Will the Puck Be? Anticipating Apologetic Opportunities in 2011