Halloween is upon us, time for many to stock up on candy, pick out costumes, and deck their halls with spooky decor. But is this extremely popular October tradition the “devil’s night,” a literal satanic and occult extravaganza? Or is Halloween a harmless celebration? 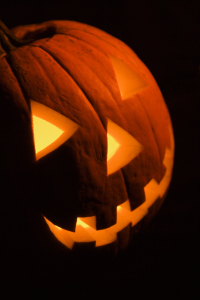 Many Christians raise questions and express concerns about holidays like Halloween that have some historical connection, at least in terms of dates, to pagan beliefs and practices. Some refuse to allow their children to participate in activities such as trick-or-treating. Others would like to abolish the holiday completely. Addressing common questions about this “scary” holiday may alleviate some of the concerns surrounding this controversial cultural issue.

Isn’t the origin of Halloween connected to a form of paganism?

As with a number of major holidays (including Christmas), the date for Halloween can be traced, at least in part, to a pagan festival. Medieval Celts celebrated the harvest festival of Samhain (pronounced “sah-win”) on or near October 31 (the earliest mentions of Samhain date to the 10th century). The festival commemorated the end of harvest, the beginning of winter, and the recognition of the physical cycle of death, which included crops, animals, and humans.

In conjunction with Samhain, Celts often carved out turnips to make lanterns and placed them in west-facing windows to guide the spirits of dead loved ones home. (The American tradition of pumpkin carving was not associated specifically with Halloween until the mid-to-late nineteenth century.) Additionally, people, particularly young men, often wore masks and other disguises to “copy the evil spirits or placate them.”

As for the origin of trick-or-treating, Wikipedia states:

The practice of dressing up in costumes and begging door to door for treats on holidays dates back to the Middle Ages and includes Christmas wassailing. Trick-or-treating resembles the late medieval practice of souling, when poor folk would go door to door on Hallowmas (November 1), receiving food in return for prayers for the dead on All Souls Day (November 2).

But while Halloween has some connections to pagan beliefs and practices, the holiday has also been strongly influenced by Christian belief and practices. The word “Halloween” first appeared in the sixteenth century and comes from “All Hallows’ Eve,” referring to the evening before the Christian celebration of All Saints’ Day on November 1 (first recorded in the 8th century). The faithful “hall of fame” recorded in Hebrews (11:1–40) inspired All Saints’ Day, which was (and is) devoted to remembering believers who have died, sometimes suffering as martyrs. (October 31 also honors Martin Luther’s protestation of certain medieval Catholic beliefs and practices, which sparked the sixteenth century Reformation.)

By overlapping this practice of honoring and thanking God for the example of faithful Christians with the Samhain festival, the church attempted to counteract heathen thought and influence. This was especially true in areas of Europe where Samhain was popular. Christian apologists Bob and Gretchen Passantino note the church’s apologetic reasons for doing so:

The Church not only sought to give Christians an alternative, spiritually edifying holiday; but also to proclaim the supremacy of the gospel over pagan superstition.1

Historically, Halloween has been influenced by pagan practices and Christian devotion.2 Therefore, to view Halloween as a pagan holiday only is inaccurate.

Since the origin of Halloween is tied, at least to some degree, to pagan beliefs and practices, shouldn’t Christians avoid any involvement with its celebration (giving out candy, going trick-or-treating, etc.)?

Christians need to use good reasoning to support their moral and spiritual convictions—including their stance on Halloween. Drawing and applying biblical inferences to life’s questions and challenges takes intellectual skill and care. Condemnation of trick-or-treating on the basis of Halloween’s pagan past, in my view, comes close to the genetic fallacy. 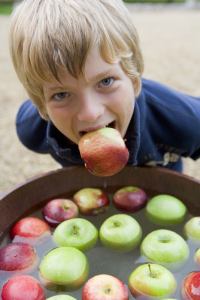 The genetic fallacy occurs when a person evaluates something—an idea, other person, practice, or institution—solely in terms of its origin, without giving appropriate consideration to how that thing has changed or evolved in contemporary practice.3 For example, one would be foolish to reject the scientific discipline of astronomy because its origins were connected to the ancient occult practice of astrology. Why? Because the practice of astronomy has changed significantly over time.

When evaluating Halloween, believers need to consider how the holiday and its traditions have changed over time. While the Bible expressly forbids a believer’s involvement in certain pagan and/or occult practices (Deuteronomy 18:9–13), the vast majority of American families do not consider Halloween as having anything to do with the practice of, or belief in, occultism. Rather, this celebration simply gives children an opportunity to dress up in funny, spooky, and/or outrageous costumes and accumulate candy by the pillowcase full (a little known metric measurement).

Christians have a biblical mandate to discern what is evil and resist and/or avoid its influence. However, to what extent should one go to avoid evil people and their practices? And to what extent are practices evil in themselves?

Since Adolf Hitler brushed his teeth, should one rather knock one’s teeth out to avoid any association with an evil person and his practices? Could practices that were once associated with pagan superstition (such as carving pumpkins) be purely benign for people with a totally different motivation and intent?

First-century Christians faced similar conundrums. They wondered whether one should avoid eating meat (especially lean and inexpensive meat) that had been offered to idols, even if one was convinced the deities represented by the idols didn’t really exist. The apostle Paul assured his contemporaries they could eat such meat in good conscience knowing the idols were not real.4 He explained that believers could use their own discretion about these kinds of amoral issues. Believers must follow their own conscience on the matter.

But doesn’t participation in Halloween—no matter how benign it seems—open a door to the occult? 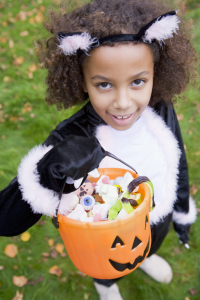 According to the Bible, the world of the occult is real and energized by demonic powers. Therefore, Christians must recognize and resist this realm. Spiritual beliefs and practices bear consequences in both this world and the next. However, there is a clear difference between the real occult practices of spiritism, magic, and divination and the contemporary Halloween traditions of trick-or-treating, carving pumpkins, and bobbing for apples. The door of the occult world must be entered through human interest and initiative.

General Halloween practices engaged in by most people do not draw them into occult activities. Again, believers must exercise their own judgment in these issues. Personally, I find it hard to believe the systematic collection of candy in a given neighborhood by pint-sized Spider-mans and Tinkerbells constitutes the promotion of an occult worldview or spiritistic racketeering. It seems difficult to withhold “treats” from a young child dressed as Captain America or Princess Leia. To borrow from Dr. Walter Martin, the recognized Christian authority on cults and the occult, “If Big Bird comes to my door, he’s definitely going to get a treat.”

Doesn’t the present-day practice of Halloween carry a strong association with dark occult and violent images?

When images are offensive, one should by all means avoid them. But is the use of dark imagery wrong in every context? How about the use of dark images in the realm of literature? Was it wrong of C. S. Lewis and J. R. R. Tolkien (both Christian writers) to include dark images (witches, monsters, etc.) in their writings? At what point does a Halloween costume become a dark image that should be avoided? Again, this is largely a matter of conscience.

Suggestions for Christians when it comes to Halloween

The intent here is to make logical and moral distinctions, not to engage in hairsplitting over supposedly dangerous activities. Of course, if a Christian perceives any Halloween practice as a violation of his or her conscience and commitment to biblical truth then he or she should rightly abstain. Here are some tips for making these kinds of judgment calls.

Different people do have different ideas about whether or not to celebrate Halloween. However, one thing is certain: the central truth of the Gospel can be celebrated in a variety of ways every day of the year—even on Halloween.

Why Would a Perfect God Risk Creating Others?

Ancient Christian church father St. Augustine (354–430) articulated the provocative idea that the Trinity makes God perfect in a love that is found within...
Theology

From the Critical Thinker’s Toolbox: Have You Considered the Other Side’s Best Argument?

Most of us prefer to listen to people who agree with us. Hearing a critical assessment of our beliefs can be quite uncomfortable or...
Theology

The Sky Is Falling!

You're used to it by now. Bad-news-for-the-Christian-faith stories seem to break with purposeful, timely precision. Assaults on Christianity are nothing new, but what's an...
Theology