Was Charles Darwin a confident evolutionist?

It may be surprising to learn that the father of modern evolutionary theory had doubts about his proposed explanation for life’s diversity. Reflective by nature, Darwin (1809–1882) worried about the philosophical implications of his biological theory. One concern was whether humanity’s cognitive (belief-producing) faculties—which he believed had evolved from the lower animals—could be trusted to produce reliable, true beliefs about reality itself. Here’s how Darwin expressed his epistemological (relating to knowing) reservations concerning the purely naturalistic process of evolution: 1

With me the horrid doubt always arises whether the convictions of man’s mind, which has been developed from the mind of the lower animals, are of any value or at all trustworthy. Would any one trust in the convictions of a monkey’s mind, if there are any convictions in such a mind?

Several thinkers have argued that the worldview of naturalism (nature as the sole reality) involves a fundamental state of epistemological incoherence or is self-defeating in nature.2

Consistent with Darwin’s original uneasiness, a growing contingent of theists think it is irrational to believe in evolutionary naturalism in particular. Why? Because it fails to provide a viable pathway to ensure that humans develop reliable, true beliefs about reality;3 and the deliverances of science depend upon humans having trustworthy and accurate beliefs about the natural world. Atheistic, evolutionary naturalism’s ability to account for humanity’s rational faculties and explain how human beings can discover truth faces three potential defeaters.4 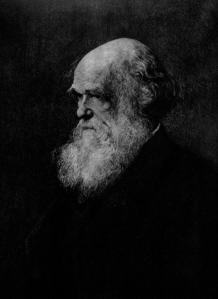 If a person accepts the evolutionary naturalistic worldview, then he must also accept that the ultimate source of people’s reasoning faculties was not itself rational (endowed with reason), personal (self-aware, intelligent), or teleological (purposive) in nature. Rather, the source was a nonrational, impersonal, purposeless process consisting of genetic mutations, variation, and environmental factors (natural selection). Naturalism therefore postulates that a combination of random chance and blind impersonal natural processes (physical and chemical in nature) produced humanity’s rational faculties.

However, presuming that a nonrational, chance origin explains human intelligence raises legitimate questions about whether human reason can be trusted. According to the presumptions of science, an effect requires an adequate and sufficient cause, and the effect cannot be greater than the cause. But in the case of evolution, the effect of human intelligence is magnitudes (exponentially) greater than its supposed cause. Naturalists appear to have adopted a potentially self-defeating posture: They are assuming a trustworthy reasoning process only to conclude that their reasoning is ultimately untrustworthy.

2. Evolution Promotes a Species’ Survivability, Not Its True Beliefs

Evolution by natural selection is said to have taken billions of years to produce intellectual and sensory capacities in people. But that process operated solely in light of survival value and reproductive advantage. In other words, evolution functioned only to enhance a particular organism’s adaptation to its environment—thus promoting that species’ continued existence. What a particular species believes about its environment is nonessential to the process.

Also, whether the organism’s convictions about reality are indeed true is highly questionable. In some cases reliably true beliefs might contribute to survivability, but in others the truth of the beliefs would be irrelevant. Distinguished scientist Francis Crick stated, “Our highly developed brains, after all, were not evolved under the pressure of discovering scientific truth, but only to enable us to be clever enough to survive and leave descendents.”5

Evolutionary naturalism appears to lead to inevitable insecurity concerning the truth of one’s beliefs. This has led Christian philosopher Alvin Plantinga to conclude,6

Evolution and naturalism are not merely uneasy bedfellows; they are more like belligerent combatants. One can’t rationally accept both evolution and naturalism… Naturalism, or evolutionary naturalism, seems to lead to a deep and pervasive skepticism. It leads to the conclusion that our cognitive or belief-producing faculties—memory, perception, logical insight, etc.—are unreliable and cannot be trusted to produce a preponderance of true beliefs over false.

Some naturalistic scientists and philosophers today have heightened Darwin’s original doubt by suggesting that humanity’s inherent religious impulse is itself driven by evolution. In other words, beliefs in God, objective morality, and life after death were generated by evolution and must have served some survival purpose in the distant past. Preeminent scientist and popular science writer Lawrence Krauss notes:7

Religious belief that the universe is the handiwork of an all-powerful being is not subject to refutation. This sort of reliance on faith may itself have an evolutionary basis. There has been talk of a “god gene”: the idea of an early advantage in the struggle for survival for those endowed with a belief in a hidden patrimony that gives order, purpose and meaning to the universe we experience.

Celebrated atheist Richard Dawkins has gone further, arguing that belief in God is a mental delusion caused by a malfunction in the evolutionary process of the human brain. He dismisses all religious beliefs as simply the result of a defective “mental virus.”

Attributing humanity’s false religious convictions (from the naturalist perspective) to the evolutionary process, however, only adds suspicion to Darwin’s original doubt. If evolution is responsible for humankind’s virtually universal religious impulse—which from a naturalistic point of view is patently false (and even pernicious, according to Dawkins)—then history shows that false beliefs about reality have promoted human survivability more than true beliefs.

But again, if evolutionary naturalism can cause a person to believe that which is false (such as religiously oriented beliefs) in order to promote survivability, then what confidence can evolutionists muster that their own convictions are reliable and true? And if evolution cannot guarantee true beliefs in a person’s mind, then how does one know that evolutionary naturalism itself is a true belief about the world?

Alternatively the Christian theistic worldview teaches that a perfectly rational being, God, is the ground and source of reason. Therefore such conceptual realities as logic, mathematics, knowledge, and truth flow from a supremely intelligent divine Mind and characterize his universe. And because God made human beings in his image with rational faculties and sensory organs that, in general, function properly, humans are able to discover the world’s basic intelligible and empirical order. The omniscient and wise Creator “networked” the intelligibility of the world with the mind of humans. Darwin’s doubt substantiated this notion.

Set against a precarious evolutionary naturalism, God’s objective existence is the fixed ontological (based upon being) reference point that makes authentic knowledge of the world possible.

Adaptation: A Story of Brilliant Design

In storytelling, every tale is told within an overarching framework. Settings, events, characters are critical in storytelling and plot development. The best writers create...
Evolution

Inability to Repeat the Past Dooms Evolution