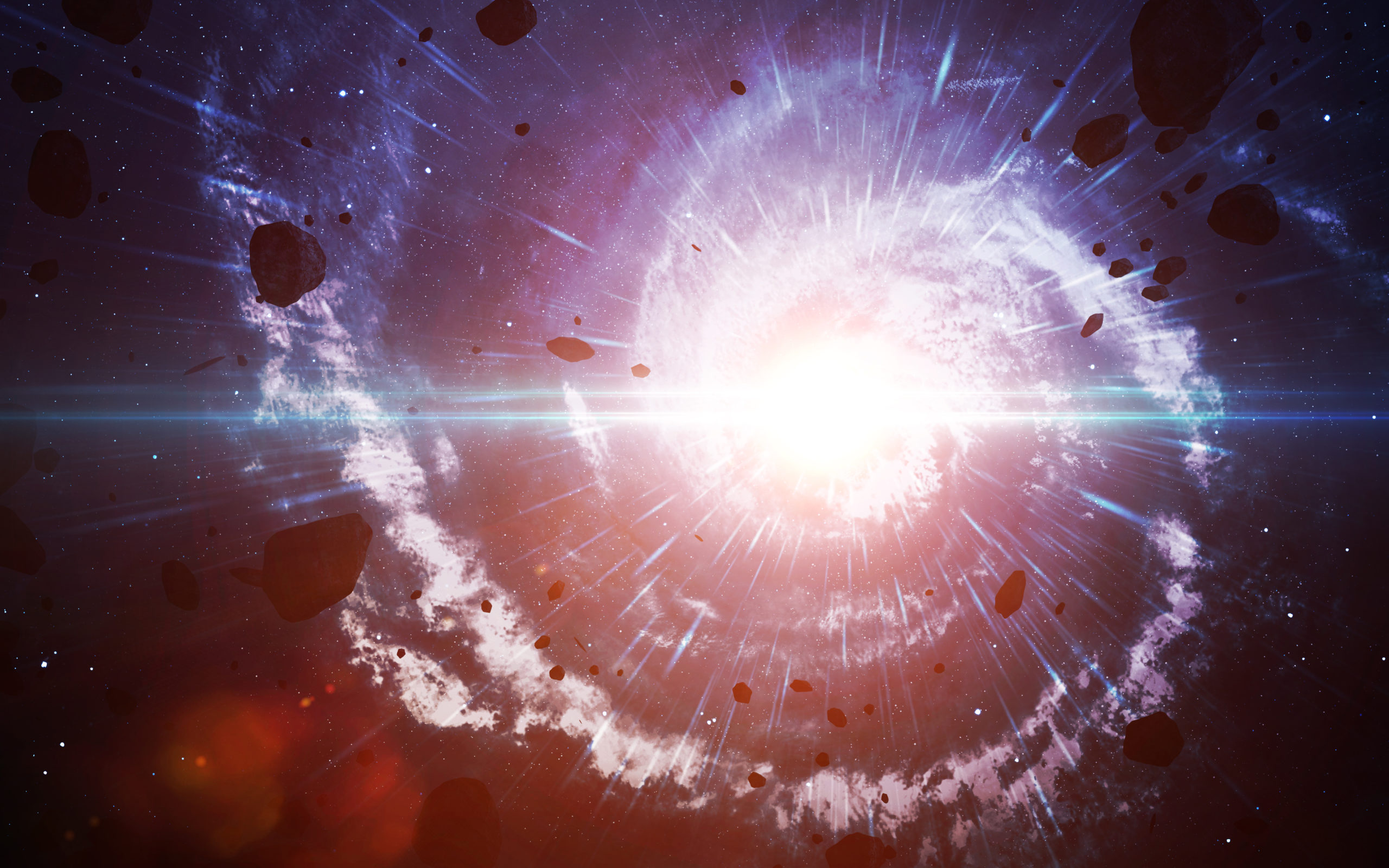 What are the strongest physical evidences for the big bang?

The strongest physical evidences for the big bang, which could also be called the cosmic creation event, are technically complex and require considerable scientific background. (You can find these explanations, along with extensive documentation, in The Creator and the Cosmos, 4th edition.) For the nonscientist, here are two visual and measurable demonstrations that we live in a universe that came into existence through an exquisitely orchestrated burst of energy, matter, and space-time at a specific moment in the past: for one, the universe is expanding, and for another, the universe is cooling as it expands.

Hubble Space Telescope images of distant galaxies provide visual evidence that we live in a universe that arose from and continues to expand from a “singular” creation event. Figure 1 shows galaxies as they were positioned 12 billion years ago (left) and then where they were just 2 billion years ago. The spatial scale is the same in these side-by-side images. Galaxies in the older, more distant image (left) were so close together that they often collided and tore spiral arms from one other. In the more recent image (right), galaxies have spread far apart from one another, so much so that disturbance of spiral arms is a relatively rare phenomenon.

Thanks to technological advances, astronomers can measure the current temperature of radiation lingering from the cosmic origin event as well as the temperature of this radiation at various times in the past. As figure 2 shows, actual temperature measurements match the cooling curve a big bang model (creation model) predicts, given the age of the cosmos (~13.8 billion years old) and its measured expansion rate. The most accurate of these past measurements is the one in the middle of the cooling curve. This measurement fits the curve so closely that its error bar can’t be seen in this graph.

What Is the Best Evidence for the Big Bang?

Question of the week: What is the strongest physical evidence for the big bang? My answer: I frequently get asked this question by people who...
Astronomy

One of the most definitive tests of the biblically predicted big bang creation model is the primordial abundance of deuterium.
Design