Time for both the universe and us as humans is linear. That is, for us, there exists only one dimension of time. In that one dimension, time moves inexorably forward. We can slow down the forward passage of time by adjusting our velocity, but we cannot reverse or stop it. Simply put, there is always a past, a present, and a future for the universe, and for us as its inhabitants.

Philosophers and scientists alike have sought to develop a precise definition for the cosmic dimension of time. Scientists have typically developed thermodynamic definitions of time, noting the strong correlation between increasing entropy and the passage of time. They also point out the tight correlation between the passage of time and the temperature of the cosmic microwave background radiation (the radiation left over from the cosmic creation event).

Philosophers over the past two millennia have linked time to the principle of cause and effect. They note that in time, causes always predate their effects. They also explain how the nature of the effect and its cause determines how much time elapses between the cause and the effect.

All these definitions of time are incomplete, and necessarily so because humans are trapped within one time dimension of the universe. We cannot get outside of this time dimension to observe all its properties and operations.

God and Theories of Time
For at least 1,500 years a debate has raged among philosophers about how God experiences time, with most of the dispute revolving around the A and B theories.

Augustine of Hippo (354–430) wrote that God dwelt in “timelessness,”1 but never defined his usage of the word. Thus, both philosophers and scientists have cited Augustine in support of their differing theories of time.

In the best-selling science book (11+ million copies sold) A Brief History of Time, the late Stephen Hawking sought to do away with the need for God to explain the beginning of the universe.2 In his attempt, he invoked imaginary time to eliminate the need for a cosmic beginning. With a hypothesized dimension of imaginary time accompanying the dimension of real time, Hawking in effect is invoking two dimensions of time.

God, the Creator of Time
Hawking admits that his appeal to imaginary time is speculation and that the universe in which we live is, in actuality, constrained to real time.3 In my books The Creator and the Cosmos4 and Why the Universe Is the Way It Is,5 I write about the space-time theorems. These theorems establish that a Causal Agent beyond space and time created the space-time dimensions of the universe. One of the authors of these theorems, Alexander Vilenkin, wrote:

With the proof now in place, cosmologists can no longer hide behind the possibility of a past eternal universe. There is no escape, they have to face the problem of a cosmic beginning.6

The problem implied by such a beginning is that there must exist a Causal Agent— namely, God—who has the power to create space-time dimensions at will.

God in Time and Out of Time
That God created the time dimension of the universe implies that he could create other time dimensions. Therefore, God could operate within as many time dimensions as he chooses. In my book Beyond the Cosmos, I describe how the doctrines of human free will and divine predetermination can operate simultaneously in the context of three independent dimensions of space.7 Likewise, Jesus Christ could choose, within 6–9 hours of our time, to access two more dimensions of time to atone for all sins committed by all humans—past, present, and future (see figure).8 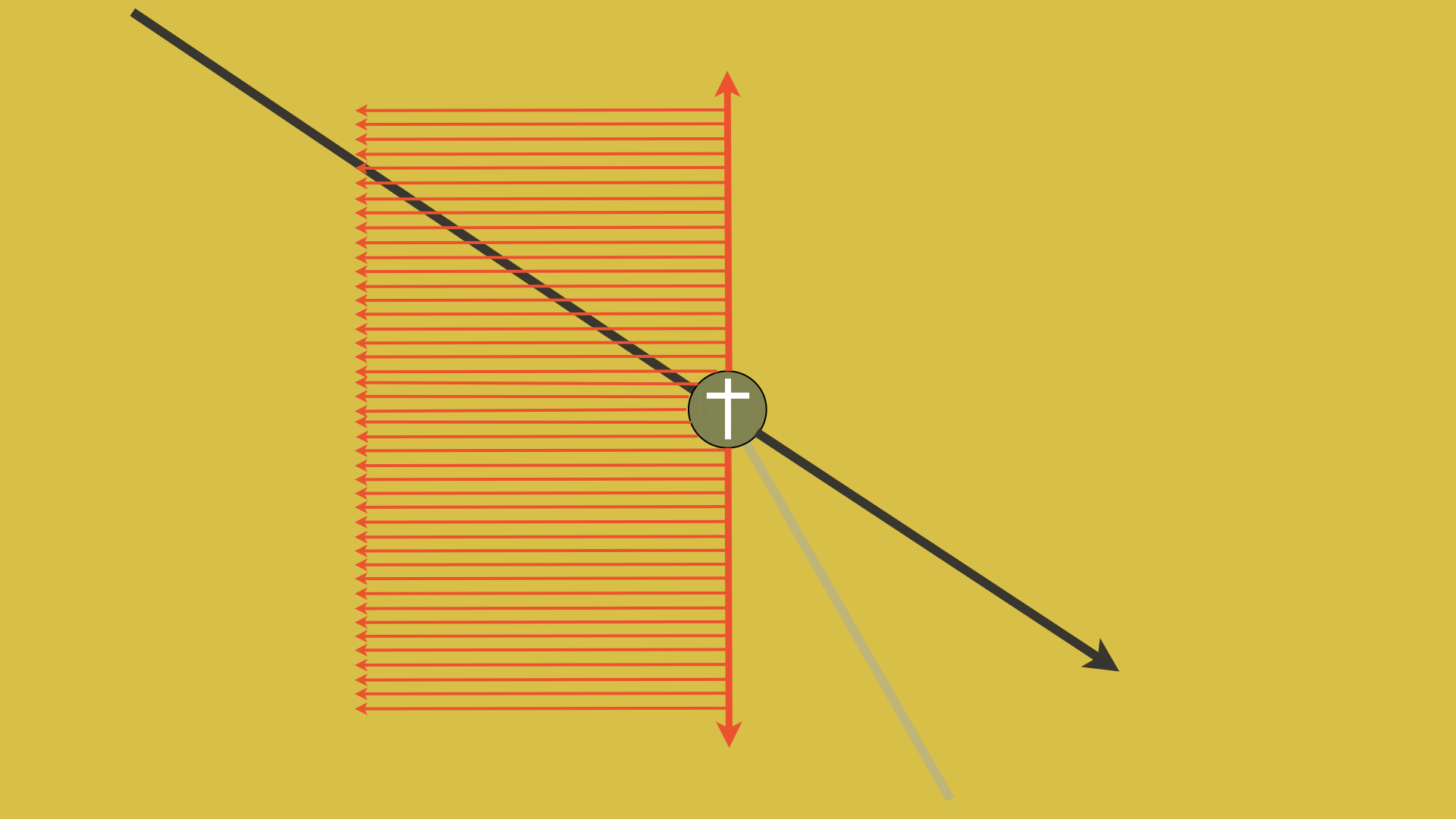 Figure: Demonstration of Jesus Atoning for the Sins of All Humanity in Three Dimensions of Time. The black line is the time dimension of the universe along which Jesus Christ suffered for 6–9 hours on the cross. (Think of it as coming perpendicularly from behind this plane and out through the cross beyond this plane.) However, since Jesus is God, during those 6–9 hours he could choose to suffer in two other dimensions of time along 100-billion-plus infinitely long parallel dimensions of time (the red arrows). Being God, this is just one out of an infinite number of other ways Jesus could have atoned for all the sins of humanity in just 6–9 hours of our time. Image credit: Hugh Ross

This does not mean, however, that God is subject to the dimensions that he creates. He can operate with unlimited power completely independent of his creation, including any number of space-time—or other kinds of—dimensions. That is, God may be exercising divine predetermination from beyond any dimensions he has created. Similarly, Jesus Christ may have paid the atonement price from completely outside of any created dimensions.

In many places, the Bible states that the three members of the triune God coexisted in a loving relationship with one another and were planning and working out the redemption of billions of human beings before they (he) created time.9 Such actions imply that God is capable of experiencing what we would recognize as temporal phenomena completely independent of time—or multiple dimensions of time as we know them.

Our God is truly an almighty God, and his powers surpass anything we can think of or imagine. Before time even existed in whatever number of dimensions he chose to create, God was performing acts and experiencing phenomena far beyond our capacity to speculate. Praise God from whom all blessings flow!

3 Things You May Not Know about C. S. Lewis

C. S. Lewis may have been the most important Christian thinker of the twentieth century. His modern classic Mere Christianity was the first Christian...
Education

Beginning and End of Cosmology

The irony of modern-day astrophysics is that the more astronomers study the light of the universe the darker the universe appears.
Design

As announced in the Daily Mail, the renowned Stephen Hawking died peacefully at his home on Wednesday. Since I work for an Christian organization...
People