For example, as in many offices, the top-ranking source of disputes among our Reasons to Believe employees is thermostat wars. A temperature that is optimal for one employee proves freezing cold or sweltering hot for another. In cities that experience extreme heat and humidity, the buildings are so over air-conditioned that many people find themselves reaching for a sweater or jacket when entering from the outside.

Laws that ban citizens from using air conditioning and heating are unlikely to be popular or inexpensive to enforce. However, thanks to a new invention, such laws may not be necessary.

Personal Thermal Comfort
A team of eight scientists at the University of California, San Diego has developed flexible, wearable thermoelectric devices that can deliver more than 10°C (18°F) of adjustable cooling or heating effect for up to eight hours (see the featured image).1 The use of such devices means that individual humans can be kept comfortably cool or warm without the use of air conditioning units and furnaces to cool and heat buildings, homes, and vehicles. Unlike the one-temperature-fits-all output of air conditioning units and furnaces, such devices can be customized to meet the individual thermal comfort conditions preferred by different people.

The wearable thermoelectric device that the team of eight invented and developed was not the first personal cooling garment. However, previous personal cooling garments were bulky, consisting of vests containing large fluid or gel channels for coolant circulation and either delivering only a small temperature drop or a nonadjustable temperature drop.

What is especially novel about the eight scientists’ invention is that the garment is a solid state cooling device consisting of stretchable double elastomer layers separated by rigid thermoelectric pillars (see figures 1 and 2). This garment is lightweight and flexible. 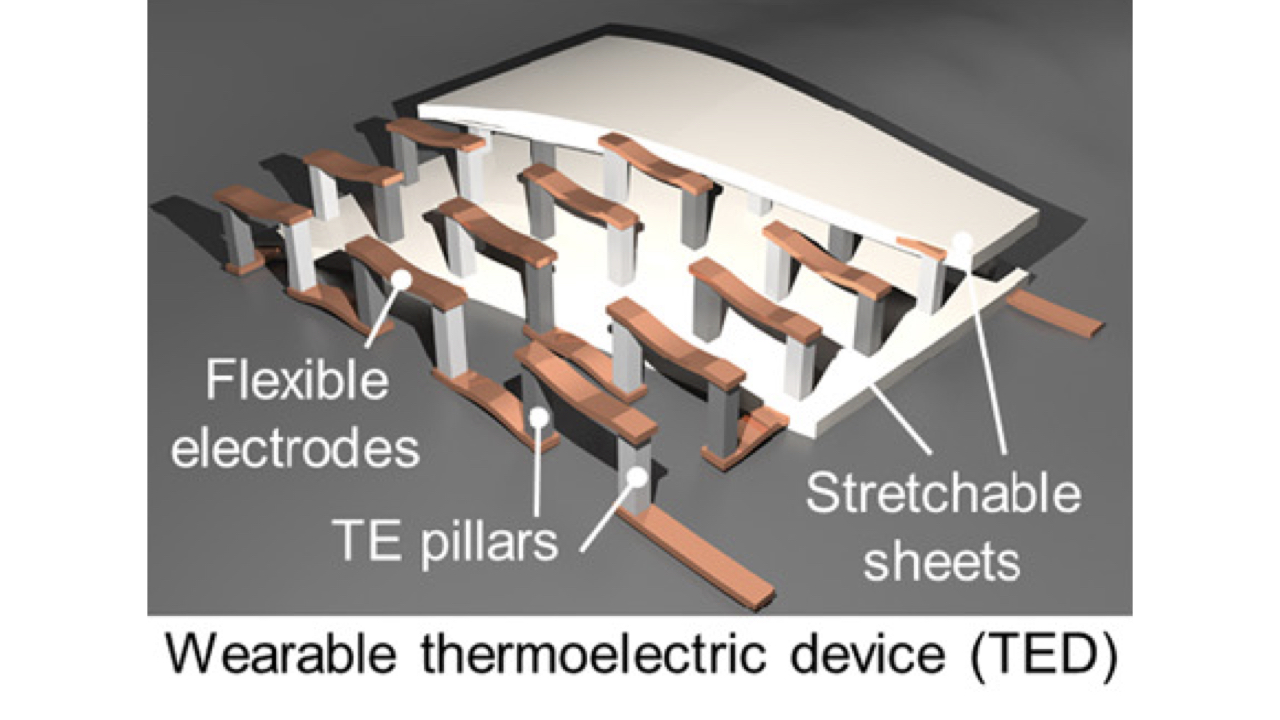 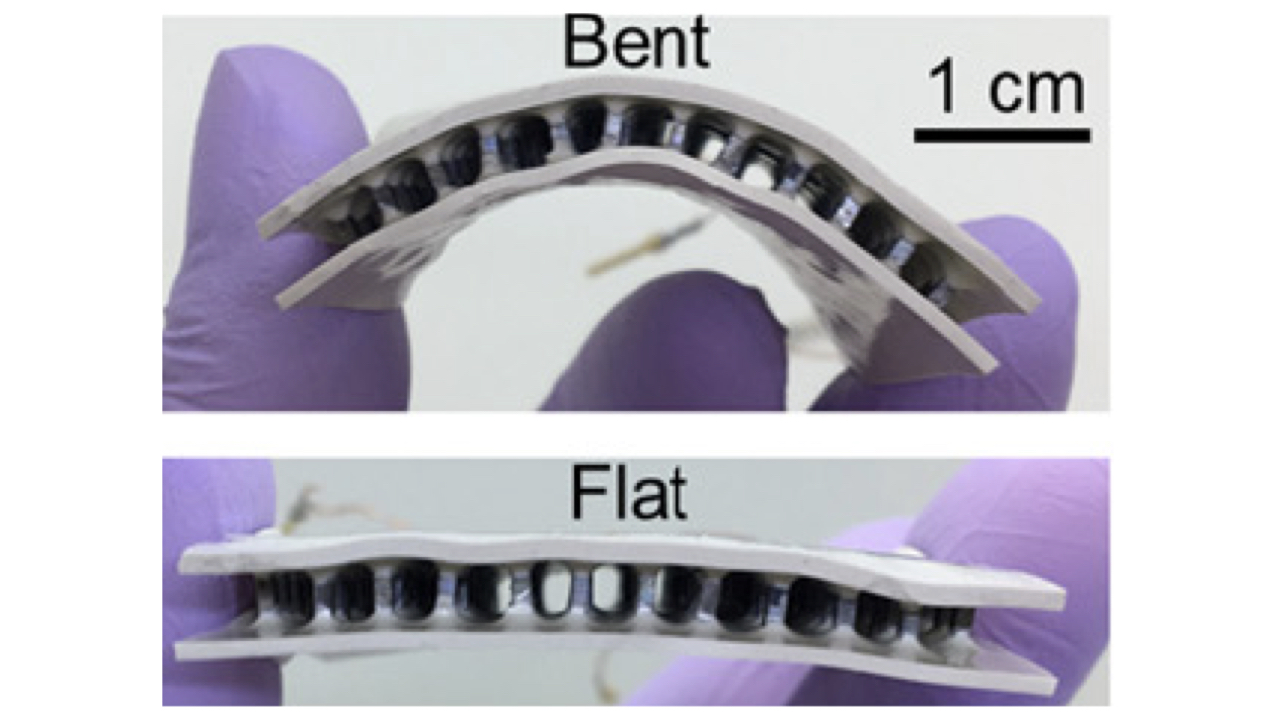 Many Potential Benefits
This wearable temperature control garment is the only cooling garment that can deliver adjustable, broad-range temperature drops for a continuous eight hours. At eight hours of sustained cooling, a human can wear one of these garments at work, another at home, and another for commuting and running errands between work and home.

Wearable thermoelectric devices also possess the advantage in that they can keep humans comfortably cool or warm in outdoor scenarios. Athletes, construction workers, firefighters, police, and people in other outdoor occupations would be able to perform at much higher levels of productivity. The death rate in such occupations would drop and the health of such people would improve.

There are also medical benefits. Wearable thermoelectric devices could enhance the recovery rate and time from burn wounds, fevers, and neurological disorders.2 The quality and longevity of life for people living with sclerosis could be improved.3

People in the military would be able to function under high heat and extreme cold conditions. Thermal cooling of individual soldiers could serve as thermal camouflage, enabling them to hide the thermal signature of their bodies from infrared detectors.

Our animals and our animal husbandry economy would benefit. These devices can be manufactured to serve as thermal control garments for domesticated animals. No longer would horses, donkeys, cows, and other animals that serve us need to die or suffer from heat stroke and freezing cold.

If these devices were to become ubiquitously available for human use, about 10 percent of the total energy presently being consumed by humans could be eliminated. Since most of this 10 percent comes from the burning of fossil fuels, the input of greenhouse gases into the atmosphere could be significantly reduced and global warming substantially mitigated.

Our Responsibility and Resources
In Genesis 1:28–30 and Job 37–39 God exhorts humans to manage Earth and its resources for our benefit and the benefit of all life. This thermal control clothing invention serves as one of many examples of how God has provided all the resources we need to fulfill his exhortations.

I don’t like to think of myself as technology-challenged, but I am beginning to wonder if I just might be. As a case in...
Biology

Did God Create Flesh-Eating Bacteria? A Creation Model for the Origin of Human Disease

“How are flesh-eating bacteria consistent with an all-powerful, all-loving God?” This question was posed to me on a recent episode (January 19, 2010) of...
Biology