Which model, naturalistic evolution or biblical creation, best explains Earth’s mass extinctions followed by introductions of new species? A new discovery helps provide an answer as it sheds light on a coincidental supernova event and an asteroid impact.

Two years ago, a team of seven ecologists and paleontologists from Switzerland, Panama, Germany, Sweden, the United Kingdom, and the United States identified a previously unrecognized mass extinction event.1 They determined that 36% of the Pliocene marine megafauna (mammals, seabirds, turtles, and sharks) genera failed to survive into the Pleistocene. The Pliocene Epoch extended from 5.333 to 2.580 million years ago while the Pleistocene Epoch spanned from 2.580 million years ago to 11,700 years ago.

Supernova Event
A month ago, three astrobiologists published a paper in which they presented evidence that a nearby supernova either caused or was a substantial contributor to the Pliocene-Pleistocene mass extinction event.2 They first pointed out that there is independent evidence from multiple sources for up to ten nearby supernova eruption events during the past 8 million years.3 Of these supernovae, the one that impacted Earth most strongly occurred about 2.6 million years ago.4 This ensemble of supernova eruption events also formed the Local Bubble in the nearby interstellar medium.5

The team of three then set out to calculate the consequences of a nearby supernova eruption (see figure 1) on marine life existing near seashores and on continental shelves. In particular, they calculated the radiation dose caused by muons radiated from the supernova as a function of ocean depth. They found that this radiation dose exceeded the present total radiation dose from the surface of the ocean down to a depth of 1,000 meters (3,280 feet) for much longer than the maximum lifetimes of all marine megafauna. 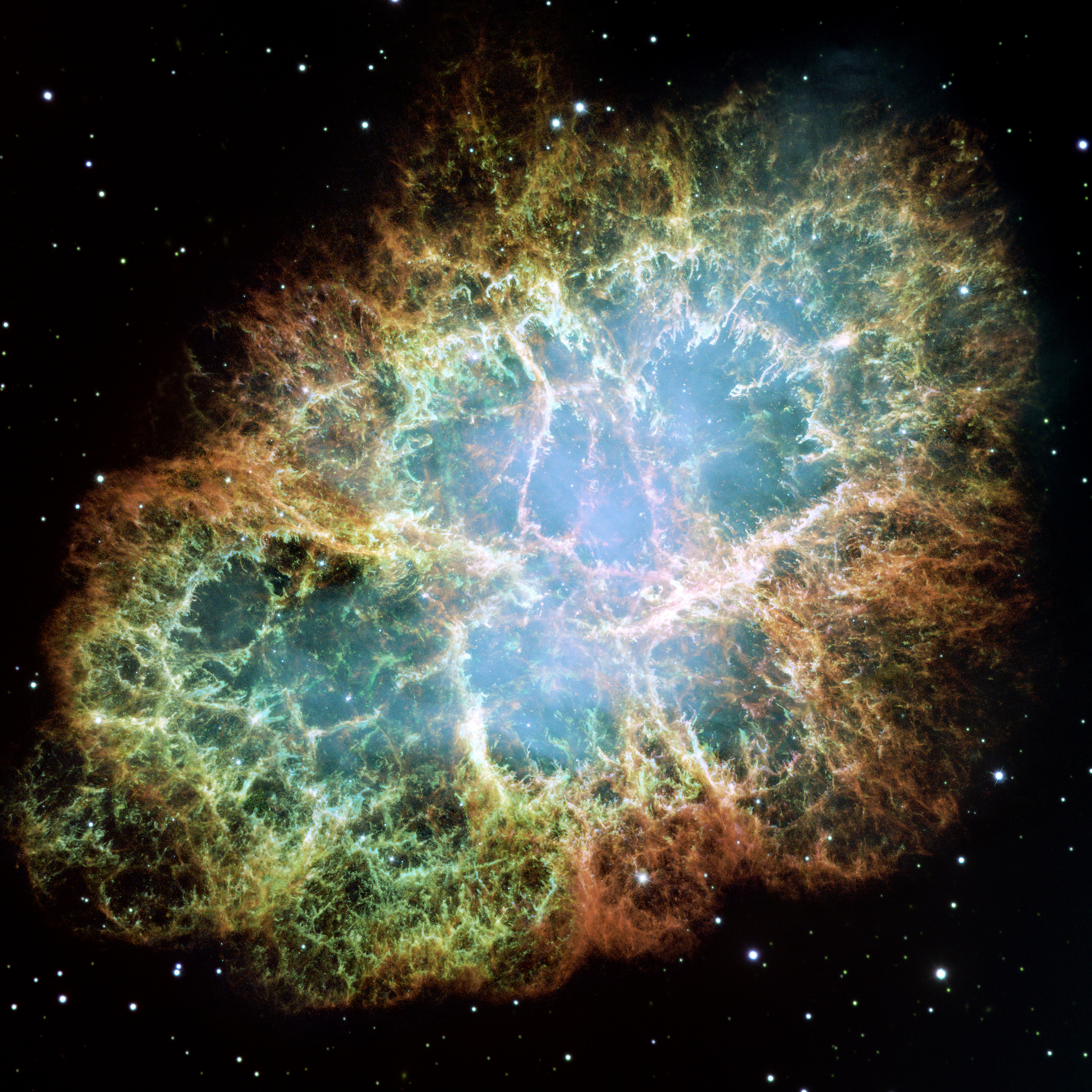 Figure 1: The Crab Nebula Supernova Remnant. The supernova responsible for this remnant was visible in 1054 AD as a bright light during the daytime for a period of several months. It is located 6,500 light-years from Earth. The radiation from the supernova eruption that occurred 2.6 million years ago was at least 1,700 times more intense. Image credit: NASA/ESA/Hubble Space Telescope

This increase in radiation is especially significant since high-energy muons are the most biologically damaging radiation for animals spending a large fraction of their time below the surface of Earth’s ocean. The astrobiologists calculated that for about 1,000 years following the supernova eruption, the flux of high-energy muons into Earth’s ocean waters exceeded the present flux by at least thirteen times.6 Large-bodied marine animals that spend most of their time in the top 100 meters of the ocean would experience the greatest biological damage (mutations and cancers) from this much-enhanced muon radiation. Indeed, this is where the Pliocene-Pleistocene mass extinction event was concentrated.7

Asteroid Impact Event
Large-bodied marine animals living in the top 100 meters of the ocean also would have been most subject to bodily damage from the Eltanin impact event (see figure 2). I wrote about this impactor in a previous blog.8 The date for the impact is 2,511,000 ± 70,000 years ago, roughly equal to the date for the supernova eruption analyzed by the three astrobiologists. 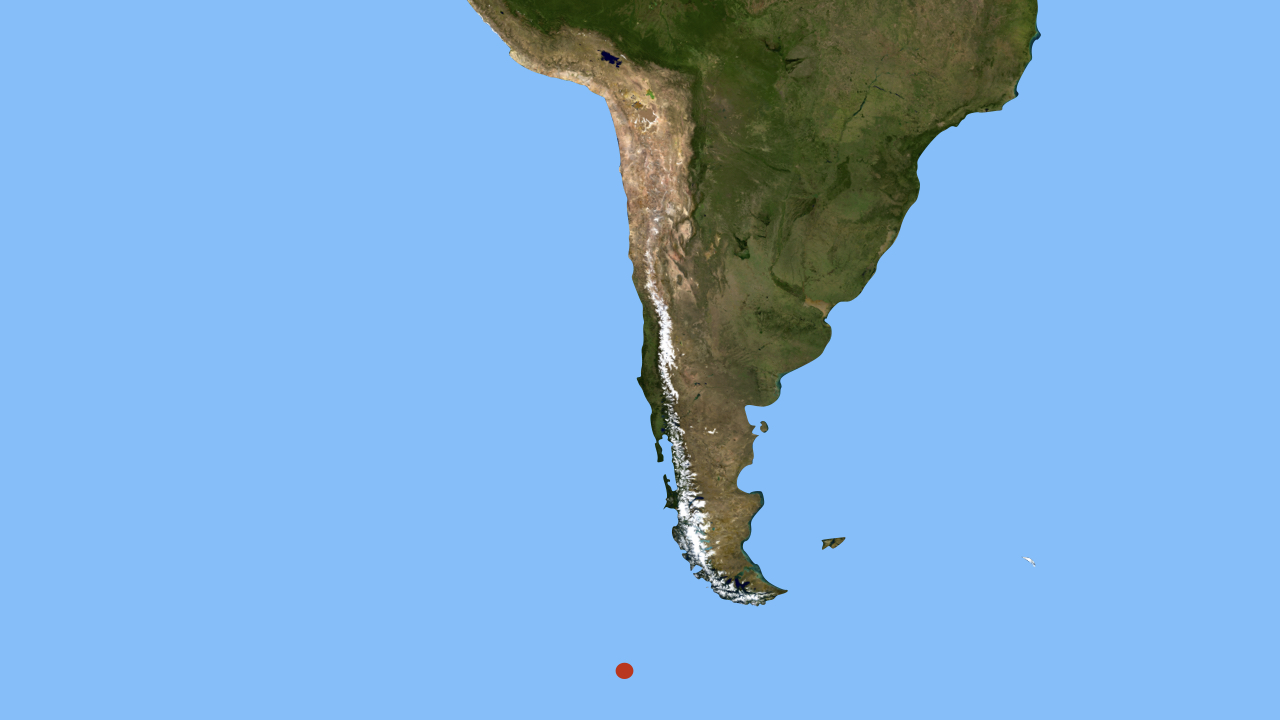 Figure 2: The Eltanin Asteroid Impact Site. The red dot below the southernmost tip of South America in the Bellingshausen Sea marks the impact site. The size of the dot represents the crater diameter if the impact had occurred on land. Background image credit: NASA

The Eltanin impactor was an asteroid 1–2 kilometers in diameter. It struck off the southernmost tip of South America where the ocean depth was 5,090 meters (16,900 feet). Tsunami waves hundreds of meters (more than a thousand feet) high radiated outward from the impact site. In addition to generating megatsunamis, the Eltanin impactor sent enormous quantities of water vapor, sea salt, sulfur, and dust all the way up into the stratosphere, where it remained for at least two years.9 This layer of water vapor, sea salt, sulfur, and dust in the stratosphere generated the equivalent of a nuclear winter, which so limited photosynthesis in the oceans that large-bodied marine animals died of starvation.

Mass Extinction Explanation
The combination of the Eltanin impactor and a simultaneous, or nearly simultaneous, nearby supernova eruption event easily explains the Pliocene-Pleistocene mass extinction event. In fact, it is likely that the extinction of 36% of the Pliocene marine megafauna is an underestimate.

As with all mass extinction events that have occurred in the history of Earth’s life, the Pliocene-Pleistocene mass extinction event poses a serious challenge to models attempting to explain the history of Earth’s life by strictly natural means. The general trend in that history reflects a pattern of increasing numbers of species of life where the most complex life-forms become progressively complex and advanced. Thus, on average, the rate of speciation must exceed the rate of extinction. While natural processes and events can explain the extinctions, they are not able to explain the speciations. Naturalistic models are especially challenged to explain high rates of speciation for large-bodied, advanced animals. A creation model can readily explain the speciation rates as stemming from the mind of a supernatural Creator who replaces species when he pleases and for his purposes.

Did Curiosity Find Evidence of Life on Mars?

Yesterday, NASA issued a major public announcement that Fox News termed a “massive Mars discovery.”1 What was the discovery? At the announcement NASA spokesman...
Biology

Why does God allow bad things to happen? How can He if He is good and all-powerful? These questions identify the “problem of evil”...
Biology