While in high school my husband, Darren, developed a talent for video production. He learned early on the various setbacks a video producer can experience while working on a project. One of the most frustrating occurred while taping something for his dad’s church. Halfway through, he discovered he had recorded over the only copy of a different video for the same church.

Late evolutionary biologist Stephen Jay Gould points out in his book, Wonderful Life, that if someone were to “rewind” life’s history and record over it, the results would be completely different. RTB’s biochemist Fuz Rana puts it this way, “the very essence of the evolutionary process [as a random, unguided force] renders evolutionary outcomes nonrepeatable.”

Yet throughout nature we do see examples of repetition, known as convergence. Fuz describes convergence as “the widespread pattern in nature in which unrelated organisms possess nearly identical anatomical, physiological, behavioral, and biochemical characteristics.”

Some examples of this phenomenon include:

(For more extensive lists, see Fuz’s article, “Convergence: Evidence for a Single Creator,” and Wikipedia’s entry on the topic.)

If evolution, due to its inherently random nature, cannot repeat patterns, then how is convergence possible? From a naturalistic standpoint some suggest that comparable environments, ecological niches, and other pressures cause natural selection to result in similar traits. Fuz, however, maintains that this proposition does not adequately explain the frequency with which convergence occurs. He writes, “If evolution is indeed responsible for the diversity of life, one would expect convergence to be extremely rare.”

But convergence does concur with the existence of an intelligent Creator who utilized certain traits over again. Take the ratites, for example. 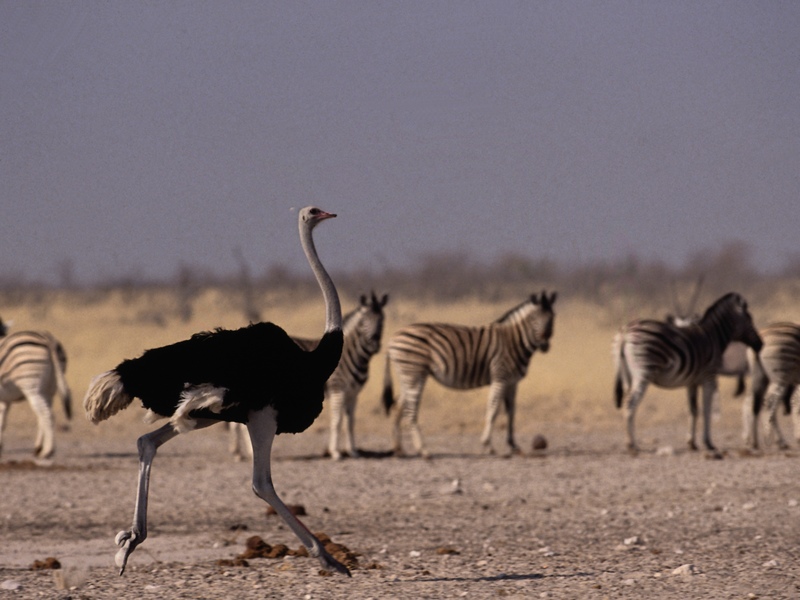 “Yet when she [the ostrich] spreads her feathers to run, she laughs at horse and rider.” – Job 39:18

Ratites are a group of flightless birds that includes ostriches, rheas, emus, cassowaries, kiwis, and others that all share certain common behavioral and physical traits, yet they are geographically separated from each other. Usual evolutionary explanations for this phenomenon proposed that these birds descended from a common flightless ancestor and that the different ratite species formed and spread out before the continents drifted apart. However, other evolutionary studies “estimate the emergence of the various lineages of flightless birds to have occurred at times that don’t correspond to the breakup of the continental landmasses.” And researchers recently discovered three distinct lineages for these birds, which mean “flight was lost on three separate occasions in ratites, not once.” It seems the history of ratites better fits a creation explanation. (See Fuz’s article, “Flightless Birds Run Down Evolution,” for more details.)

So why would God frequently reuse designs? Why not? Filmmakers, like Alfred Hitchcock and Tim Burton, often develop signature styles and motifs that mark their work as uniquely theirs. Could not the supreme Creator leave His own divine signatures throughout nature for us to find and rejoice over?

Fuz has written quite a bit about convergence. Explore the “Convergence” topic on RTB’s website to see his articles.

British author J. K. Rowling’s Harry Potter series has been a runaway bestseller since its release. The last four installments set records as the...
Education