I once heard a skeptic ask:

Why should I seriously consider Christian truth-claims when Christendom is so deeply divided?

There is some painful truth in this question. Christian disunity does, at times, hurt the church’s witness to a nonbelieving world (John 13:34–35). For the next several weeks I will offer five points in response to this important challenge. Here I’ll discuss the first point: unifying essentials. 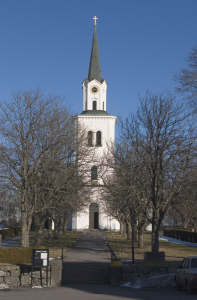 The Christian faith encompasses a set of beliefs, values, and a broad worldview. In these three areas, the faith holds a robust unity. Critics of historic Christianity may not appreciate this profound level of accord.

The ecumenical creeds summarize historic Christianity’s doctrinal beliefs. These creeds, formulated at various points in church history, include the Apostles’ Creed, the Nicene Creed, the Athanasian Creed, and the Creed of Chalcedon.

These statements of faith broadly represent the basic teachings of Scripture on such critical topics as God, creation, the church, humankind, the future, and—most importantly—the life, death, and resurrection of Jesus Christ. The person, nature, and work of Jesus stand at the very heart of the Christian theological system.

While the three major branches of Christendom (Catholic, Orthodox, and Protestant) still experience some sharp and critical disagreements, the basic level of doctrinal unity reflected in the creeds is impressive for its theological precision and historical continuity.

While believers don’t see eye-to-eye on every major ethical issue, the level of agreement on values is, nevertheless, very strong.

The belief that human beings are made in the image of God (Genesis 1:26–27), possessing inherent dignity and moral worth, is foundational to all Christian ethical considerations. The command to love God and one’s neighbor binds believers throughout the world and centuries together.

A person’s worldview is how one makes sense of the world and life. It is one’s big picture view of reality—a collection of beliefs about the most significant issues of life (God, values, humanity, etc.).

The major branches of Christendom all share a central worldview orientation. Thus, believers of all stripes view the world and life through the same basic lens. In other words Christians see things like truth and reality in the same way. This agreement also guarantees that Christians share a common perspective on all things.

While we may not agree on all issues, many believers share essential beliefs, values, and a worldview orientation. Critics who see “disunity” as a reason to not consider the Christian faith might want to take a look at these unifying essentials and reconsider.

For more on these essentials of historic Christianity, see my two books Without a Doubt and A World of Difference.

Some people challenge the idea that the Bible supports God’s Triune nature. However, six simple statements show how this doctrine is indeed derived from...
Theology

Apologetics Strategies: How to Select Resources to Give to Nonbelievers

...what should you look for when selecting a resource to give to a skeptical expert? Here are three criteria to consider...
Theology

Thoughts on Is Genesis History?

A lot of people have inquired about RTB’s response to the documentary Is Genesis History? We have purposely not posted anything about the documentary...
Design