In the search for distant planetary systems, astronomers employ a special method to discover planets beyond the range of our telescopes. Thanks to the theory of general relativity, astronomers have access to gravitational lenses that far outstrip the power of any telescope they can build. But even with the amazing detection capabilities afforded to us by gravitational lensing, scientists have yet to discover a planetary system as hospitable to life as our own.

What Is Gravitational Lensing? 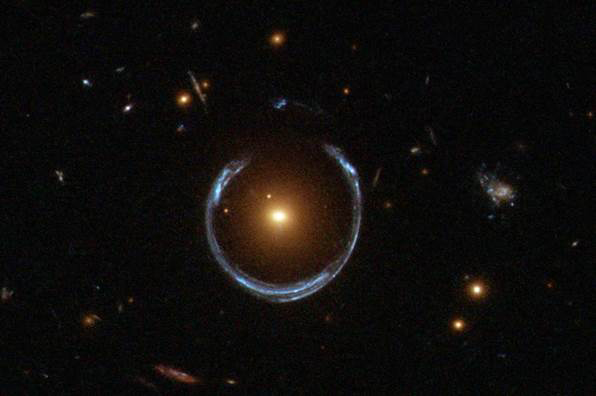 Figure 1: This Einstein ring occurred as the gravity of a large red galaxy gravitationally distorted the light from a much more distant blue galaxy into a ring.
Image credit: NASA/ESA/Hubble 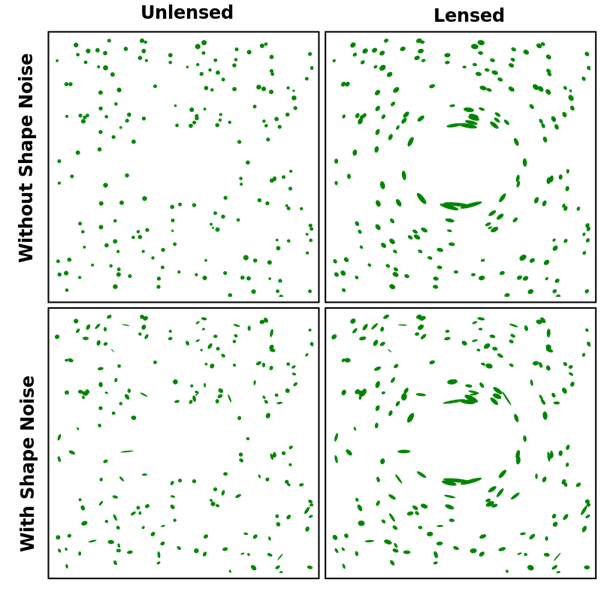 In the case of gravitational microlensing, no distortion in the shape of the image occurs. Light from a distant star is bent by the gravitational field of a closer star that lies in the line of sight (see figure 3). The presence of a planet orbiting the closer star affects the degree of bending of light from the more distant star in a periodic manner. By measuring the period of the change in light bending and the degree of the change, astronomers can determine both the orbit and the mass of the planet.

Advantages and Effectiveness of Gravitational Lensing

The first planet to be detected by gravitational microlensing was OGLE-2003-BLG-235Lb. Discovered in April 2004, the planet appears to be a gas giant planet (similar to Jupiter) that is located approximately 4.3 AU away from its parent star. Unlike other planet detection methods, gravitational microlensing can discover planets tens of thousands of light-years away from Earth and even find planets in other galaxies. Another advantage over alternate detection methods is the ease with which low mass planets and planets that are farther away from their host stars can be located.

The advantages of the microlensing technique give astronomers an opportunity to build a relatively unbiased sample of exoplanets for statistical analysis. Such analysis can help answer the question of whether or not our solar system is unique among planetary systems in manifesting the characteristics needed for complex life to exist on one of the planets in the system.

So far, only 30 planets have been discovered by the microlensing technique. Nevertheless, this sample prompted the three largest microlensing research teams (the OGLE collaboration, the MOA collaboration, and the MiNDSTEp collaboration) to jointly publish the first statistical analysis of their research.1 They reported three findings:

2. Forty percent of planets found by microlensing are either cold Neptunes or cold sub-Saturns.

With only 30 planets in the microlensing catalogs, these results are preliminary. Time will reveal the degree to which these initial statistical findings are confirmed.

How Do Exoplanets Size Up to Ours?

The fact that no other planetary system out of the 1,349 discovered so far possesses the configuration of planets needed for advanced life to possibly exist within that system is evidence that a supernatural, superintelligent Creator personally designed our solar system so that humans and all advanced plant and animal life could exist and thrive on Earth.2 The expanding microlensed planet catalogs yield yet another demonstration that the more we learn about exoplanets and exoplanetary systems the more evidence we accumulate for the handiwork of God in designing the solar system for the specific benefit of human beings.

Do you think it’s a good use of resources to continue the search for extraterrestrial life? Visit TNRTB on WordPress to comment with your response.

See the following resources for additional evidence establishing the high-level design of the solar system for humanity’s benefit.
Astronomy

I travel frequently for work and pleasure. Whether loading up the minivan for a vacation or packing bags to fly to a speaking event,...
Astronomy

Acceptance of the big bang theory in the latter half of the twentieth century provided scientific justification for the traditional translation of Genesis 1:1....
Philosophy & Ethics