On May 25, 1961, President John F. Kennedy gave the United States of America a national goal of “landing a man on the moon and returning him safely to the earth.” The president went on to say, “This decision demands a major national commitment of scientific and technical manpower.” Among the numerous complexities surrounding this task, a critical question arose: How could a spacecraft navigate the 238,900 miles of empty space from Earth to the Moon?

In an airplane, one manner of navigating is called dead reckoning. With this technique, all that is needed is a map, a timepiece, a velocity indicator, and a compass (plus a compass angle or direction must be identified). However, the Apollo spacecraft needed a navigation system that could dead reckon without a compass. The task to create one was awarded to the MIT Instrumentation Laboratory of Dr. Charles Stark Draper, remembered as “the father of inertial navigation.”

Through careful research and experimentation, Draper’s laboratory developed inertial measurement units (IMUs) that used gyroscopes to measure rotation in each of the three orthogonal axes. Additionally, accelerometers were developed to measure translation through space in the same three axes. With three gyros to detect rotation in the three axes, plus accelerometers to detect linear acceleration (translation) along the same axes, and devices to quantify these measurements, you have an IMU. With these IMUs (redundant systems) integrated with the spacecraft’s flight computer, thrusters, engines, and data on the known positions of Earth and the Moon, you have a complete inertial navigation system (INS).

What is remarkable is that the same functional parts described above for the INS have biological counterparts in the human ear.1 For the detection of linear acceleration (translation through space), humans have the utricle and the saccule, otolith organslocated in the inner ear. The utricle is capable of detecting movement along the horizontal plane (x- and y-axes). In the otolith organs, tiny hairs called stereocilia and kinocilia detect these deflections. The stereocilia and kinocilia are embedded in the cupula and produce differential electrical nerve signals. The signals are conducted along cranial nerves to the brainstem. The saccule similarly detects movement in the vertical plane (z axis), as when riding up or down in an elevator. Just as in an IMU, these parts are all closely associated and packaged together in the vestibular system of the inner ear.

To get an idea of how this system works in humans, imagine that three lucky football fans are randomly selected to compete in a halftime contest of navigation. Each contestant in turn is seated in a golf cart on one goal line, facing the opposite goal line. They are then blindfolded and driven around the field for 30 seconds on a course that involves changes of accelerations and turns. At the end, they are awarded points for their ability to determine which side of the 50-yard line they are on, which sideline they are closer to, how many yards they are from the nearest goal line, and which direction they are facing. In other words, this is a test of inherent dead reckoning skill. How would a human accomplish this?

Since the lucky fans knew their starting point, they might be capable of imagining their stopping place by sensing their changes in position. Certainly, the path could be complicated enough to overwhelm their navigation system, but some individuals could likely do a very good job of it.

Spacecrafts’ INS have a tendency over time to accumulate small errors that could turn into larger errors unless there is some other intermittent input to provide occasional correction factors. These may come from a ground-based radio navigation system, satellite-based navigation (GPS or GLONASS), an uplink from ground telemetry, an integrity channel, or manual correction from a navigator on board using a sextant (as on the Apollo missions). Humans’ inherent INS also uses inputs to correct our sense of position and balance. These may include visual or auditory cues and somatic sensations.

Our system is also connected to muscles of the body that may respond with certain reflexes when we are out of balance or falling. The University of Rochester Medical Center Health Encyclopedia describes it this way:

For example, when you trip and fall, reflexes automatically command your hands and arms to reach out and break your fall. Muscles will contract throughout your body to minimize injury. But what if you were carrying a priceless object, say, a Ming vase [or an infant]? Would you drop the vase [or baby] in order to use your hands to break the fall? Not necessarily, experts say. Within 10 to 30 milliseconds after tripping, the conscious motor centers of the brain would take control of the fall, weighing the chances of breaking the vase versus breaking your neck. If the object in your hands is important enough to you, you can modify the reflex action and keep a grip on the vase [or baby, accepting the likelihood of greater personal injury].2

This ability to suppress our protective and “primitive” fall reflex is an unexpected capacity given the biochemical assumptions of the origin of life, or the neo-Darwinian accounts of the evolution of life. However, such a capacity would be expected given an intelligent cause for our existence.

When reflecting on the INS created to achieve a lunar landing, the skill, artistry, and ingenuity that went into the system may invoke awe and admiration. How much more astounding, then, is the fine-tuned system built into humanity? This system of systems that brings together locomotion, situational awareness, means to correct for out-of-balance situations, and an open-ended navigation system is truly remarkable and demonstrates tremendous intelligence in its design—referring, of course, to the human version that the mechanical one merely mimics. 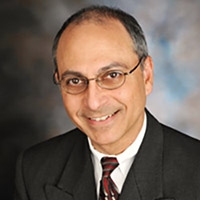 Masquerade parties are a lot of fun. Inspiration for costumes comes from all kinds of sources. At these types of gatherings, it’s not unusual...
Evolution

Responding to the Nonempirical Case for Atheism (White Paper)

Today, the physical and historical evidence for the existence of the God of the Bible is so extensive and compelling that unbelieving skeptics are...
Evolution

When Charles Darwin advanced his theory of evolution, he knew the fossil record didn’t offer much support for his idea. Two of its features...
Evolution