Evidence continues to show that the Sun’s planetary system differs greatly from what astronomers observe in the 557 known extrasolar systems.

For the first time, new computer simulation studies reveal what makes our solar system so special and why, despite the probable existence of billions of planets in the Milky Way Galaxy, Earth may be alone in manifesting all the attributes for sustaining advanced life.

Order versus chaos is the most obvious difference distinguishing the solar system from known extrasolar systems. Despite hopes of finding life-friendly planets outside our system, the chaos that characterizes extrasolar planetary systems makes them unlikely candidates for life-sustaining planets. The three most significant examples of this chaotic state are large scale planet drifting,1 the presence of large planets close to the host star, and high eccentricity orbits.

Previously, I reported on research efforts investigating planet-planet scattering2 and spin-orbit misalignment3 (see here and here). Both studies help explain much of the chaos observed in extrasolar planetary systems. In the January 10, 2012 issues of the Astrophysical Journal and the Astrophysical Journal Letters, two more research papers offer additional explanations for the chaos.

Led by Alexandre Correia, the team notes that planets close to their host stars will undergo extreme tidal interactions that inevitably dampen the planet’s orbital eccentricity, forcing eccentricity values much below 0.05. Indeed, 140 of the 758 known and measured exoplanets orbit closer to their host stars than 0.25 astronomical units (one astronomical unit = 92,955,807 miles or Earth’s greatest distance from the Sun during its orbit) and manifest eccentricities of less than 0.05. However, 124 of these planets orbit closer than 0.25 astronomical units and manifest eccentricities greater than 0.05, while many of the planets below eccentricity 0.05 are just barely so. Correia’s team solved this conundrum. They demonstrated that when the orbit of a close-in planet is excited by an outer companion planet, the planets’ gravitational interaction combined with tidal effects between the host star and the close-in planet can give rise to an increasing growth in the eccentricity of the close-in planet.

In the Astrophysical Journal, a team of astronomers from Japan challenged the presumption in planet formation research that impacts between protoplanets will result in perfect accretion (the idea that two colliding protoplanets always merge).5 The Japanese team’s detailed impact simulations proved that collisions among protoplanets are not always merging events. In their computer simulations the team varied all the parameter sets, including the mass ratio of the protoplanets, the total mass of the two planets, the impact angle, and the impact velocity.

They found that about 40 percent of the impacts produce “hit-and-run” collisions, where the two protoplanets speed apart from one another. This hit-and-run rate explains much of the orbital chaos that astronomers observe in extrasolar planetary systems. It also predicts that as astronomers discover more of the partner planets in extrasolar planetary systems they will find even more orbital chaos.

These two studies add to the weight of evidence that we live on a rare planet in a rare solar system. Previous analyses of orbital chaos in extrasolar planetary systems back up the implications these most recent studies.

In 1995, astronomers detected the first exoplanet (a planet outside of the solar system) orbiting the star 51 Pegasi (see figure 1).6 At the time, most astronomers presumed that once the list of known exoplanets approached a few hundred that many, if not most, of those planets would manifest characteristics virtually identical to one or more of the planets in our solar system. 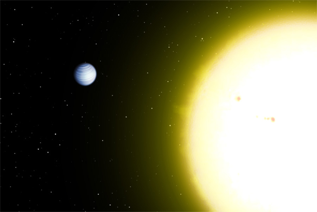 Figure 1: First Discovered Extrasolar Planet, 51 Pegasi b
This is an artist’s rendition of the star 51 Pegasi (barely visible to the naked eye) and its planet 51 Pegasi b. The planet is about half the mass of Jupiter and orbits its star from just 4.9 million miles away (more than 7 times closer to its star than Mercury is from the Sun).
Image credit: Debivort at the English Language Wikipedia

This assumption was so engrained within much of the scientific community that even as late as 2010, Stephen Hawking and Leonard Mlodinow wrote in The Grand Design: 7

We now know of hundreds of such [extrasolar] planets, and few doubt that there exist countless others among the many billions of stars in our universe. That makes the coincidences of our planetary conditions—the single sun, the lucky combination of earth-sun distance and solar mass—far less remarkable, and far less compelling as evidence that earth was carefully designed just to please us human beings.

…In the same way that the environmental coincidences of our solar system were rendered unremarkable by the realization that billions of such systems exist, the fine-tunings in the laws of nature can be explained by the existence of multiple universes.

But the data does not back up this assumption. To date, astronomers have discovered 760 exoplanets for which they have both planet detections and measured orbital and physical parameters. Yet not even one of these planets matches the characteristics of any of the solar system’s planets. The only one that comes close, upsilon Andromedae e, is 1.06+ times greater in mass than Jupiter (though only a minimum mass has been determined because the inclination of Andromedae e’s orbit is unknown). Its distance from its host star compared to Jupiter’s distance from the Sun is 1.01.

Upsilon Andromedae e, however, is accompanied by two much larger planets (see figure 2), upsilon Andromedae c and d with masses 14.57+ and 10.19+ times greater, respectively, than Jupiter’s. These two planets orbit the system’s host star 6.1 and 2.1 times closer, respectively, than does upsilon Andromedae e. Their orbits also are highly eccentric. Moreover, the host star is 1.28 times more massive and 3.4 times more luminous than the Sun. The system includes a dim star orbiting the main star at 750 times farther away than Earth orbits the Sun. The characteristics of both the main star and the two heavy planets accompanying upsilon Andromedae e effectively rule out the possibility that another planet in the same system could possibly support advanced life.

What is true for upsilon Andromedae e is true for almost all of the 760 extrasolar planets for which measured masses and orbital distances exist. The known characteristics of these planets eliminate the possibility that another planet in the same system could possibly sustain life. There are only a handful of exceptions.

However, it is critical that these 27 exceptional systems each host a suite of planets with features virtually identical to Jupiter, Saturn, Uranus, and Neptune. Such a suite of gas giants is essential to protecting a life-supporting planet in the same system from absorbing too many collisions from asteroids, comets, and planetesimals. These gas giants must not be any smaller or more distant than Jupiter, Saturn, Uranus, and Neptune; otherwise they will not provide adequate gravitational shielding for a life-supporting planet. Conversely, they cannot be any larger or closer without their own gravity disturbing a life-friendly planet’s orbit. It is also critically important that in each system there not exist any other large planets that either reside or have resided within a few hundred million miles of a life-supporting planet. Additionally, none of the large planets can possess high eccentricity orbits (greater than 0.1).

Exoplanets’ Implications for the Rare-Earth Doctrine
Presently, we do not know if other planets exist within these 27 “exceptions.” No one has yet completed a search for such planets. What we do know is that Hawking and Mlodinow are wrong about extrasolar planets.

Far from proving that the Sun’s planet system is ordinary, exoplanets appear to prove just the opposite. We now know that advanced life on Earth requires that the characteristics of all eight solar system planets be fine-tuned. We know that none of the known 557 extrasolar planetary systems is even remotely similar to our solar system. (As pointed out, even upsilon Andromedae e has been categorically ruled out.)

The two studies published January 10, 2012, along with previous analyses, reveal more and more evidence of the solar system’s amazing design that enables advanced life to exist and thrive on planet Earth. Our solar system possesses the gas giant planets requisite to protecting Earth from too many asteroid and comet collisions. At the same time, Earth remains gravitationally undisturbed. That’s thanks to the fine-tuning of the gas giants’ distances from the Sun, relative separations, mass ratios, and nearly circular orbits, in addition to the manner in which the solar system’s smaller planets break up mean motion resonances generated by the gas giants.

Evidence for the rare-Earth and rare-solar system doctrines continues to grow. These doctrines state that while planets the size and mass of Earth may prove to be abundant, planets with the just-right host stars, just-right planetary partners, just-right characteristics, and just-right physical and chemical composition to enable the support of advanced life will prove either rare or nonexistent. Such doctrines are consistent with the Bible’s message that God supernaturally designed Earth, its star, its planetary partners, and its life for the specific benefit of human beings.

Finding Water Everywhere in the Search for Life

What comes to mind when you think of water? Personally, water reminds me of some of my favorite activities: canoeing down the spring-fed rivers...
Astronomy

The biblical description of the universe received scientific validation with the announcement of the 2006 Nobel Prize in Physics. RTB’s cosmic creation model entails...
Astronomy